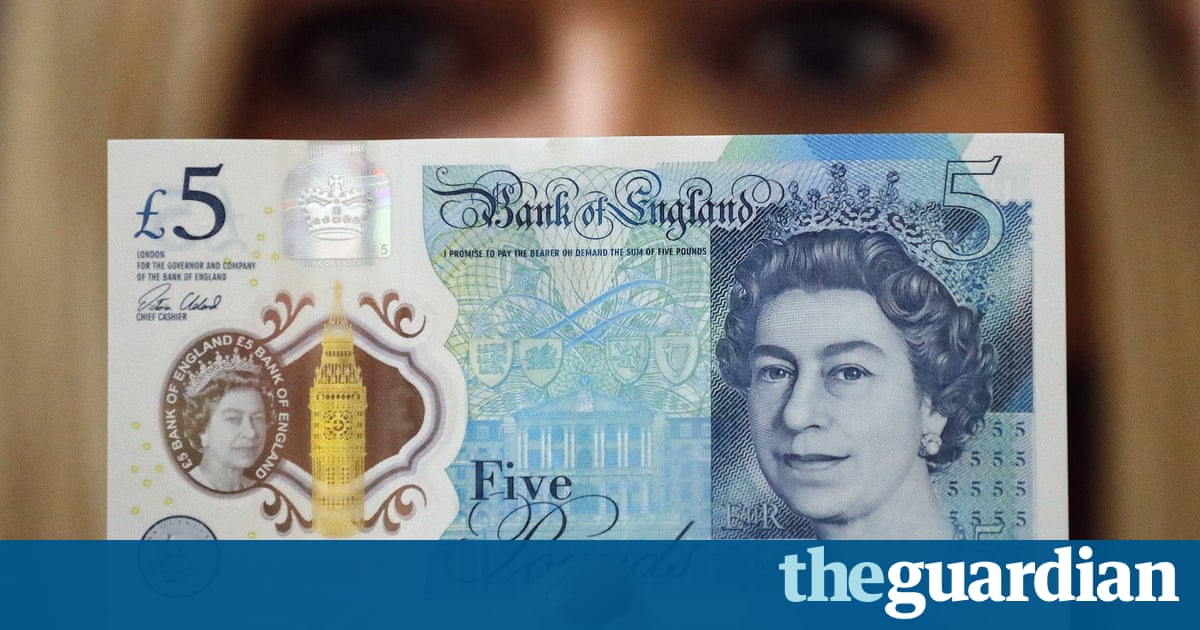 The Australian pioneer of the polymer bank note says its stupid that vegetarian and vegans are protesting in the UK about the five pound polymer note containing animal fat.
Professor David Solomon says the polymer notes contain trivial amounts of tallow, an animal fat found in candles and soap, yet pressure is being placed on the Bank of England to find an alternative.

Its stupid. Its absolutely stupid, Solomon told the Australian radio station 2GB. Theres trivial amounts of it in there.

More than 120,000 people have supported an online petition urging the Bank of England to cease using animal fat in the production of five pound notes the first polymer notes in circulation in the UK.

The new STG5 notes contain animal fat in the form of tallow. This is unacceptable to millions of vegans, vegetarians, Hindus, Sikhs, Jains and others in the UK, the petition states.

We demand that you cease to use animal products in the production of currency that we have to use.

Solomon said polymer notes were extremely hard to forge and had a lot more benefits for the consumer than previous paper notes.

It picks up less drugs than paper notes and you dont chop down trees, he said.
Its more hygenic than a paper note by a long way.

The $10 note was the first polymer bank note in circulation in Australia in 1988.

The note was developed by the countrys research and dvelopment body, CSIRO, led by a team under Solomon.