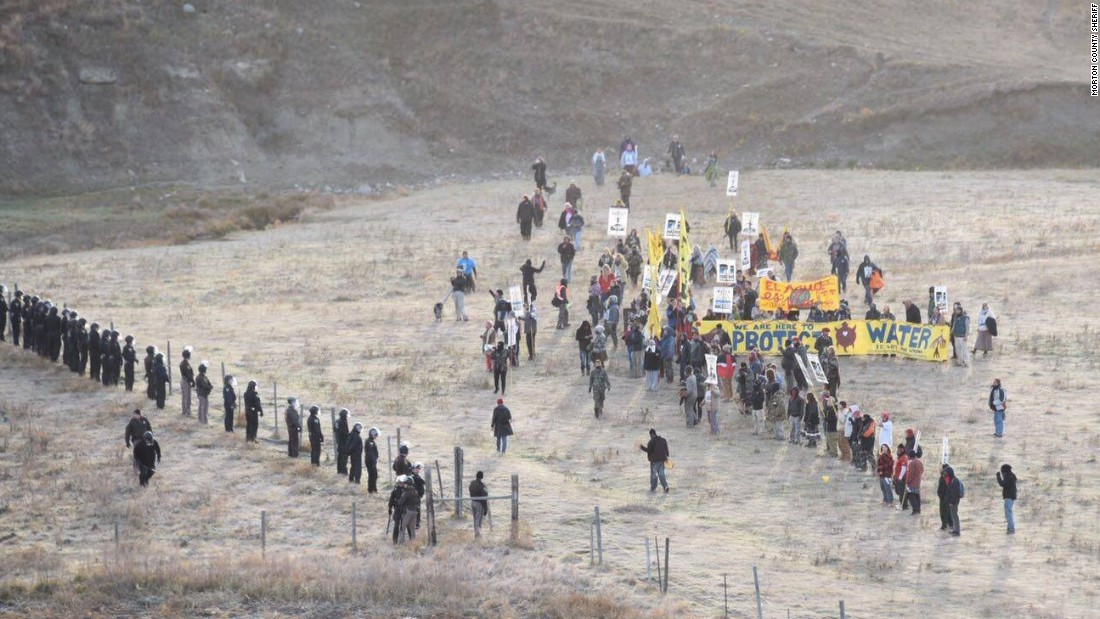 (CNN)Eighty-three people were arrested Saturday at a protest against construction of the Dakota Access Pipeline, authorities in North Dakota said.

The Morton County Sheriff’s Department said 300 protesters trespassed on private property and “engaged in escalated unlawful tactics and behavior” at a spot three miles west of State Highway 1806, along the pipeline right-of-way.
The suspects were charged with criminal trespass and engaging in a riot, the sheriff’s department said.
Construction equipment has been damaged at previous protests. About 20 protesters, including actress Shailene Woodley of the movies “Snowden” and “Divergent,” were arrested October 10 in the same area. 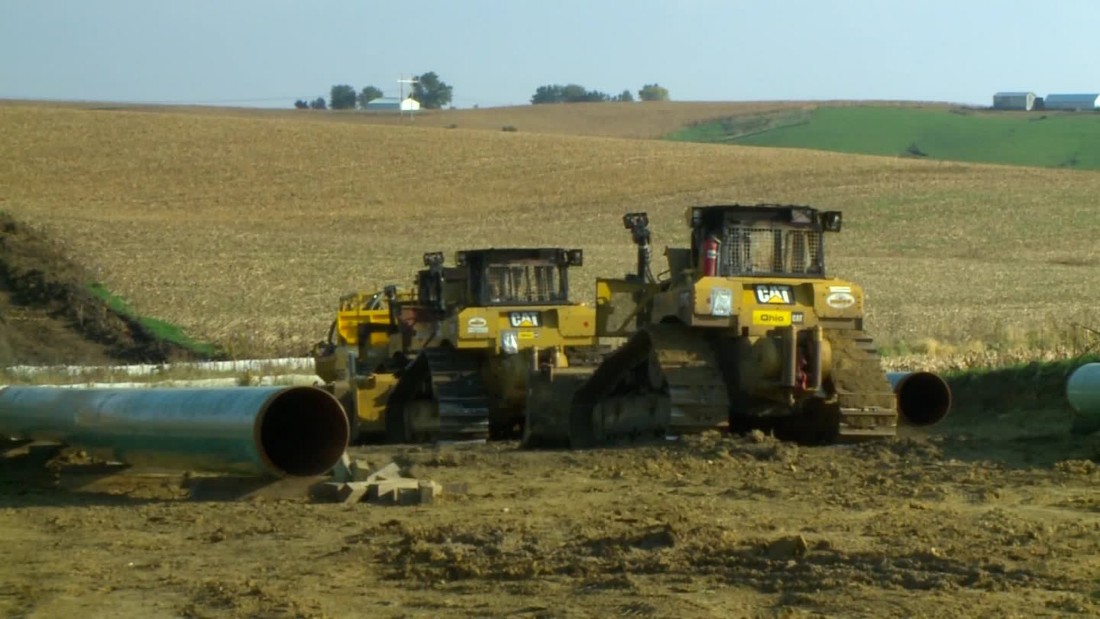 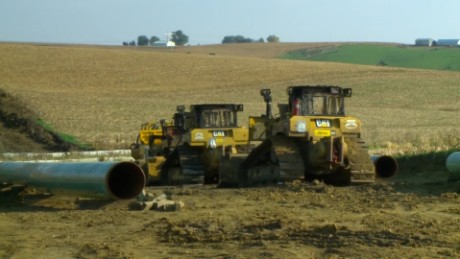 The 1,172-mile pipeline would stretch from the oil-rich Bakken Formation — a vast underground deposit where Montana and North Dakota meet Canada — southeast into South Dakota, Iowa and Illinois.
Tribe fights construction of pipeline
After the pipeline is completed, it would shuttle 470,000 barrels of crude oil a day, according to the developer, Energy Access Partners. From Illinois, the oil could go to markets and refineries across the Midwest, East Coast and Gulf Coast.
Protesters say the pipeline will damage the environment and affect historically significant Native American tribal lands. The Standing Rock Sioux tribe, whose reservation in North Dakota is near the pipeline route, and other tribes oppose the project.
Standing Rock Chairman Paul Archambault issued a statement Saturday saying, “The intimidation by militarized police in riot gear and unlawful arrests are an attack on the First Amendment rights of the protectors, and we again ask the Department of Justice to send observers to the area to ensure that constitutional rights are protected.
“Police are also routinely strip searching protesters, even when they have only been charged with a misdemeanor offense. Like days of old, this is a thinly veiled attempt to dehumanize and degrade Native people. Thousands of people have come to Standing Rock in prayerful protest of the pipeline and millions more support the Tribe in our efforts to protect our sacred places and water.”
Sheriff Kyle Kirchmeier said the Saturday protest was not peaceful or lawful.
“It was obvious to our officers who responded that the protesters engaged in escalated unlawful tactics and behavior during this event,” he said. “This protest was intentionally coordinated and planned by agitators with the specific intent to engage in illegal activities.”
Representatives for the protesters could not immediately be reached for comment.
Other celebrities arrested at pipeline protests include “Democracy Now!” host Amy Goodman and Green Party presidential candidate Jill Stein.
Pipeline project: What’s at stake?