Reporter taken by gunmen disguised as security officers, say authorities, with prime minister and Reporters Without Borders calling for release 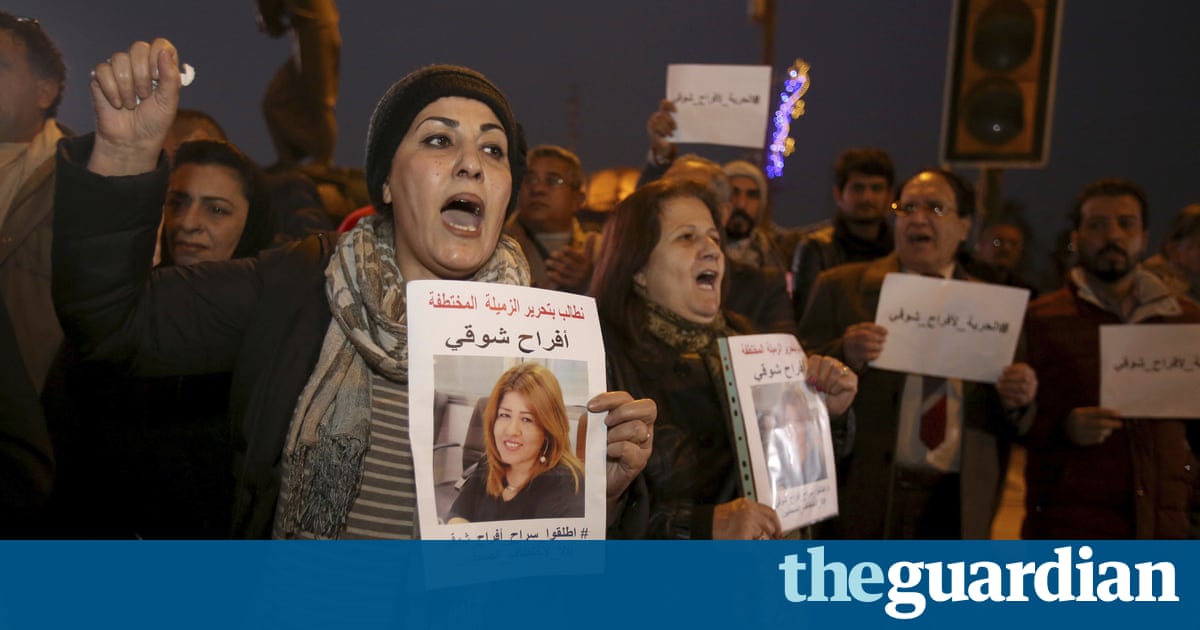 Gunmen have kidnapped an Iraqi journalist after posing as members of the security forces and bursting into her home in Baghdad, according to authorities.

Afrah Shawqi was abducted on Monday at around 10pm from her home in a southern neighbourhood of the capital, said Ziad al-Ajili, head of the Journalistic Freedoms Observatory.

Eight armed men burst into her house in Saidiya dressed in plain clothes and entered by pretending to belong to the security forces, he said.

They tied up her son and stole mobile phones, computers and cash before kidnapping Afrah and fleeing.

The report was confirmed by a source in Iraqs interior ministry who spoke on condition of anonymity.

Shawqi, 43, is employed by Asharq al-Awsat, a London-based pan-Arab newspaper, as well as a number of news websites, including Aklaam.

On Monday she published an article criticising armed groups that act with impunity in Iraq.

The Iraqi prime minister, Haider al-Abadi, condemned her abduction and ordered the security services to do their utmost find her and track down those responsible.

Press freedom group Reporters Without Borders (RSF) voiced concern and urged Abadi to make good on his pledge to find her as soon as possible.

We are extremely concerned and firmly condemn this abduction, said the RSF chief editor Virginie Dangles.

We urge the prime minister to keep his word to do everything possible to find Afrah Shawqi and those responsible for taking her.

We also point out that the government has a duty to improve the safety of journalists in Iraq.

The watchdog gave Shawqis age as 38 and said she was also the head of womens issues for the Iraqi culture ministry and is active in the defence of human rights.

Iraq is one of the most dangerous countries in the world for journalists, along with Syria, Afghanistan and Mexico.

Seven journalists have been killed in the country in 2016, according to RSF, which says Iraq ranked 158th out of 180 countries in its 2016 World Press Freedom Index.