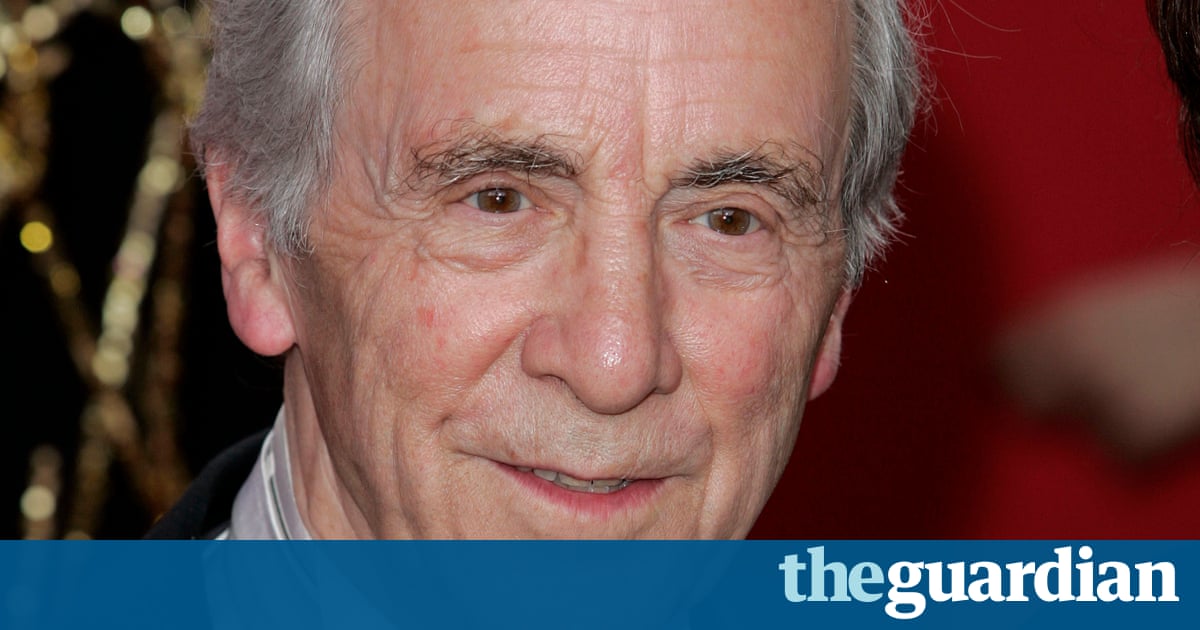 Andrew Sachs, who has died aged 86, was never more effective than when playing a bewildered victim unfailingly eager to please his sometimes equally comic tormentors. The most popular and inspired example came in the role of Manuel, the waiter from Barcelona who spent most of his waking hours being abused by John Cleese in Fawlty Towers (1975-79). Manuel short, shoulders sloping in submission was a star of the BBC TV show, which attracted more than 15 million viewers and became a comedy classic.

Sachs was grateful to Manuel for making him famous, but often counted the cost. He tried to persuade Cleese, who co-wrote the series, to stop short of actual violence in rehearsals, but there was still plenty of hitting often involving a spoon on the head.

One memorable episode had Manuel setting fire to himself and later, as a reprise, emerging from the hotel kitchen with smoke flowing out behind him. The fire was pain-free but some of the chemicals used to produce the flameless smoke caused acid burns to his arms. Nonetheless, Sachs still felt that Manuel was the best thing that ever happened to him.

Andreas Sachs was born in Berlin at the time when the Nazis were beginning to persecute Jews. His father, Hans, was a Jewish insurance broker who had been awarded the Iron Cross in the first world war; his mother, Katharina (nee Schrott-Fiecht), a Catholic, decided to remain in Berlin with her children after their father fled to Britain in 1938. She thought that as her son was only half-Jewish he would be safe a supposition that became increasingly shaky.

He admitted that he had at first wanted to act because he wanted to be a star and only later had discovered that he wanted to do the work for its own sake. The outcome was a wide range of parts, from sex romps of the No Sex Please Were British, Not Now Darling, Dry Rot and Let Sleeping Wives Lie genre to John Mortimers touching Voyage Round My Father and Shakespeares Twelfth Night and, for the BBC, The Tempest.

Leaving a local acting school after only two terms, he first appeared professionally in 1947 in a seaside repertory production of Frieda at the De La Warr Pavilion, Bexhill-on-Sea, East Sussex. This was about the German bride of a British soldier who finds a mixed reception in the postwar UK. Sachs put the essence of his art down to detachment, an ability to sit on emotional and intellectual fences that had been produced by his birth in Germany and his residence in Britain.

From 1951 to 1953 he was in repertory in Worthing and Liverpool. His first appearance in the West End was as Grobchick in John Chapmans Simple Spymen at the Whitehall theatre, which ran for more than 1,200 performances between 1958 and 1961. This was his introduction to Whitehall farces, which supported him for 20 years until his television work brought him wider fame.

After Fawlty Towers he played a vague and bespectacled vicar in the ITV series Lovely Couple (1979) . His films included Hitler: The Last Ten Days (1973), Revenge of the Pink Panther (1978) and Consuming Passions (1988).

Sachs was also a writer, contributing sketches to the Yorkshire TV series Took and Co (1977), with Barry Took, but never made a mark in that activity. He wrote radio plays, including one without words, Revenge (1978), in which an escaped prisoner communicates with the audience only by his heavy breathing, running footsteps and other special effects.

His stage play The Stamp Collectors was produced in Worthing in 1977. Another, Made in Heaven, produced at Chichester two years previously, was said by Michael Billington of the Guardian to be the product of random jokiness rather than a sustained comic vision.

Fortunately his acting was better received. His performances in Fawlty Towers gained him the Variety Club of Great Britains award for most promising artist of the year in 1977, although he was no youth. He became a familiar face on television throughout the 80s and 90s, taking the title role, Alfred Polly, in the BBCs version of HG Wellss comic tale The History of Mr Polly (1980), and Every Silver Lining (1993), a sitcom in which he played opposite Frances de la Tour.

He also supplied the voices for several childrens animations, such as Williams Wish Wellingtons (1994-96), and Asterix and the Big Fight (1989). A popular narrator with a distinctive voice, Sachs can be heard on all five series of BBCs Bafta award-winning business TV series Troubleshooter, as well as two audiobooks of Thomas the Tank Engine and Friends. In 2000 he reached a new audience for comedy by narrating That Peter Kay Thing, a spoof documentary series on Channel 4 created by the Bolton comedian. He also appeared in Coronation Street (2009), playing Norris Coles brother, Ramsay, in 27 episodes.

All his roles seemed to be marked by good nature, and it made him a much-liked figure. He retained it even under provocation, when, in 2008, rowdy telephone answering machine messages were left for him by Russell Brand and Jonathan Ross during the course of Brands BBC2 radio show. At one point Ross shouted out that Brand had fucked your granddaughter. The result was recorded and then passed by BBC executives for broadcasting. Sachs was not amused and the public sympathised.

So seriously was the Ross-Brand incident taken by the BBC top brass that Ross was taken off air for three months, effectively fining him 1.5m from his 6m yearly contract. In the subsequent media inquest, the attitude of Sachs himself was that he really did not know what the telephoning had been about; that he had no personal animosity towards whoever had phoned; and that he had scarcely noticed the whole business since his wife was in hospital at the time. As for suggestions that some newspapers were using him to boost their circulations, he said: Oh yes, but thats their job. He also said: My profiles up great! They did me good. Thank you very much.

At the time he had written 40,000 words of his autobiography but had only reached the age of 14. He said that he doubted whether Brand or Ross would play a prominent part in the book. When it appeared in 2014, he drew on his Fawlty Towers catchphrase for the title, I Know Nothing!

His final film role came in Quartet, released in 2012, the year that he was diagnosed with vascular dementia. His final TV role came in 2015, as Cyril Bishop in EastEnders.

In 1960 Sachs married the actor Melody Lang. They had two sons, Bill and John, and a daughter, Kate.