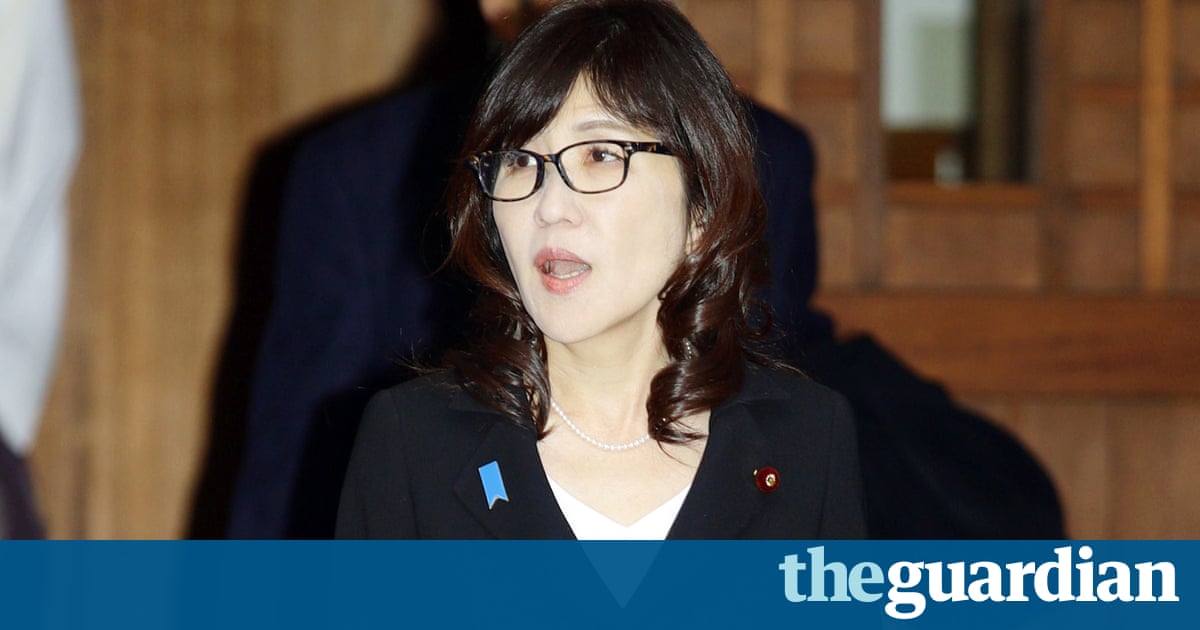 Japans defence minister, Tomomi Inada, has provoked anger in South Korea following a visit to a controversial war shrine in Tokyo, a day after she accompanied the prime minister, Shinzo Abe, on his reconciliatory trip to Pearl Harbor.

The defence ministry in Seoul said: We express deep concern and regret over Japans defence minister visiting Yasukuni shrine, even as our government has been emphasising the need to create a new, forward-looking South Korea-Japan relationship.

Inada, a prominent rightwinger who has been tipped as a future prime minister, made the pilgrimage to the contentious shrine on Thursday morning her first since becoming defence minister in August. As an MP she had made the trip every 15 August the anniversary of Japans wartime defeat between 2006 and 2014.

She told reporters that her visit was intended to create peace for Japan and the world.

This year the president of the country that dropped the atomic bomb visited Hiroshima and yesterday the prime minister made remarks of consolation at Pearl Harbor, Inada said, in a reference to Barack Obamas highly symbolic trip to Hiroshima in May.

I visited the shrine wishing to firmly create peace for Japan and the world from a future-oriented perspective.

Asked if she risked prompting a diplomatic backlash from South Korea and China, she said: I think that no matter what their historical views are and whether they were friends or foes, they understand my paying respects to those who dedicated their lives to their country.

There was no immediate reaction from China, where Yasukuni visits by politicians are viewed as evidence that Japan has yet to atone for atrocities committed in parts of China and on the Korean peninsula before and during the second world war.

On Wednesday Inada watched as Abe and Obama talked about the power of reconciliation at the USS Arizona memorial, which has come to symbolise the December 1941 attack in which 2,400 US service personnel were killed.

Abe offered his sincere and everlasting condolences for the attack and vowed that Japan must never repeat the horrors of war again.

Abe, who shares many of Inadas hawkish views, sparked anger in China and South Korea when he visited Yasukuni in December 2013, a year after he became prime minister for a second time.

That pilgrimage prompted an unusually critical response from the US, which said it was disappointed that Japans leadership has taken an action that will exacerbate tensions with Japans neighbours.

He has not been to Yasukuni since in an apparent effort not to provoke Japans wartime victims but sends cash offerings and gifts to mark significant dates in the shrines calendar.

Inadas visit comes a day after Masahiro Imamura, who oversees the reconstruction of regions hit by the March 2011 triple disaster, went to Yasukuni. Speaking just hours after Abe had paid tribute to fallen US service personnel in Hawaii, Imamura claimed the timing of his visit was a coincidence, adding that he had prayed for Japans peace and prosperity.

Some observers expected Inada to pay her respects at Yasukuni this August on the 71st anniversary of Japans surrender in the war. But she was unable to do so after being sent to Djibouti to meet Japanese troops taking part in an anti-piracy mission.