100,000 people are alive because 1967 Abortion Act was never introduced says campaign group, while proposal for legalisation bill is pending 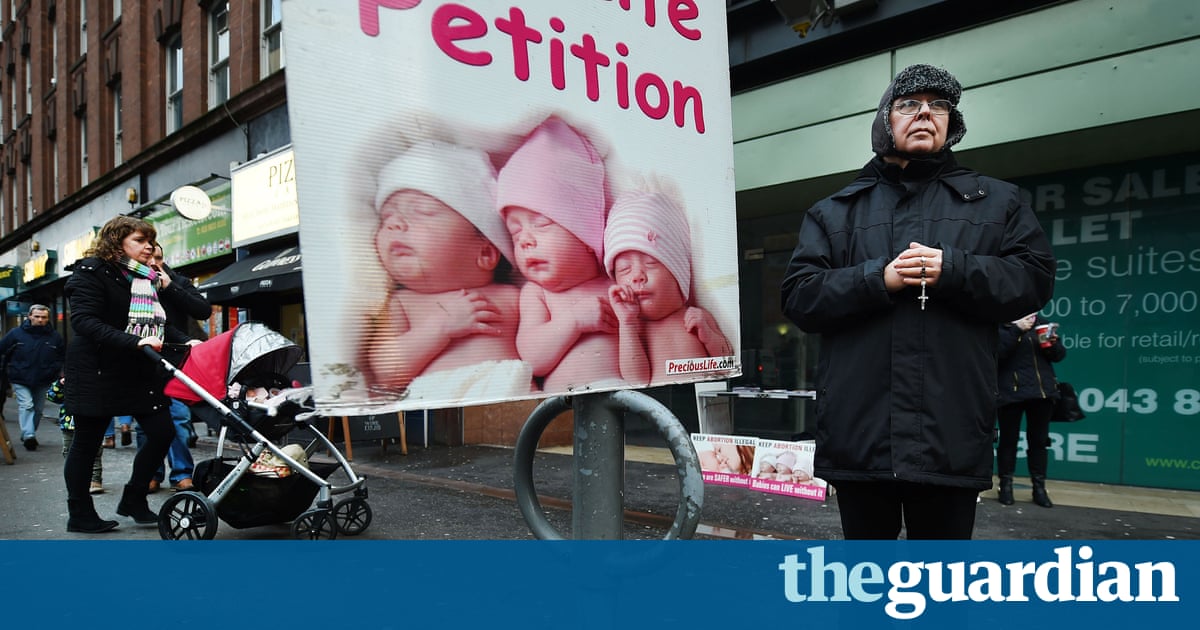 A report by anti-abortion campaigners in Northern Ireland has claimed that 100,000 people were born in the region because the 1967 Abortion Act was never extended to the province.

The Both Lives Matter report published on Wednesday comes as the former justice minister in Northern Ireland confirmed this week that he will resubmit his private members bill in the next Stormont assembly calling on the new devolved parliament to legalise abortions in cases of fatal foetal abnormalities where the pregnancies are doomed.

Dawn McAvoy of Both Lives Matter said: The debate around abortion is in danger of becoming polarised by those only concerned with the unborn child on the one hand and those solely concerned with the rights of the women on the other. The reality is that both lives matter.

There are people alive in Northern Ireland today who would not have been born if the 1967 Abortion Act had been introduced here. People we all know and love spouses, children, friends and family.

We estimate that there are 100,000 people alive today, who would not be, had we introduced the 1967 Abortion Act.

The groups report comes at a time when the battle lines are being redrawn over abortion in Northern Ireland, the only part of the UK where the procedure is banned in almost all circumstances except when there is a direct threat to the mothers life.

Thousands of Northern Irish women are forced to travel across to England to terminate their pregnancies due to the near-total ban.

David Ford, the former leader of the cross-community Alliance Party, who was justice minister in the regional government before it collapsed on Monday, has vowed to continue to press for abortion reform.

He said that in the next parliament after the scheduled elections on 2 March, there would be another private members bill calling on assembly members to liberalise the near-total ban on abortion.

Ford said: Should the people of South Antrim re-elect me to the position of their MLA, on my first day back I will go to the Speakers office and resubmit my bill, with a view to progressing it through the next assembly term.

The Both Lives Matter campaign is being backed by the former police ombudsman in Northern Ireland Nuala OLoan, who said extreme cases of crisis pregnancies were being used to push a pro-abortion agenda.

Lady OLoan said: There is an urgent requirement at a time when heart-rending cases are being extensively utilised by those seeking to diminish legal protection for the unborn, to be more focused on recognising and providing for the needs and care of both mother and child. Both Lives Matter is an excellent response to that pressing need.

Both Lives Matters said it is a new collaborative movement of individuals and organisations seeking to reframe the abortion debate in Northern Ireland.

In 2015 a high court judge in Belfast ruled that Northern Irelands almost outright ban on abortion breaches the human rights of women and girls, including rape victims. The ruling is being challenged by the provinces attorney general John Larkin.

At least 1,000 women and girls from Northern Ireland travel to hospitals in Britain for terminations every year.For instance, official figures for 2013 suggest 800 Northern Irish pregnancies were terminated in Britain although that number is regarded as an underestimate. Among the 800 was that of a 13-year-old who became pregnant through incest.

The only law applying to abortion in Northern Ireland is the Offences Against the Persons Act 1861, which contains a life sentence for anyone convicted of carrying out a termination even in cases of rape or incest.

Simon
← Previous Story People power in Puerto Rico: how a canal community escaped gentrification
Next Story → What Ive witnessed in Turkey is an assault on democracy itself | Owen Jones