The account @RoguePOTUSStaff purports to be leaking information about Donald Trump. Authentic or not, its sorrowful tone gives it a ring of truth 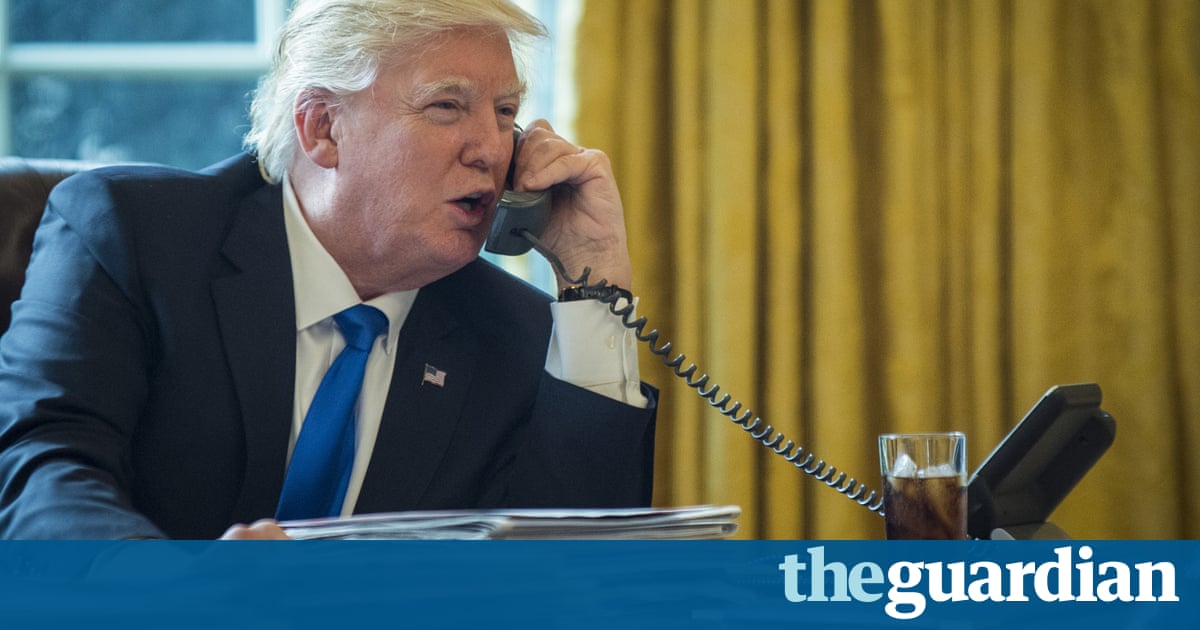 Now that political satire is dead, we must make some decisions about what will occupy the space in our lives it used to fill. You might just shrug and say events. And while its true that most mornings the radio news bulletin serves up as scabrous an indictment of politics as anything a writer could invent, its not funny like Veep.

Some weird synthesis of the real and the made-up you can use the term evention if you promise not to credit me may be the answer. But while youre waiting for it to come along, have a look the Twitter account @RoguePOTUSStaff. It purports to be leaking information from inside the White House, mostly more in sorrow than in anger: POTUS was dismissive of PM May. I hope shell like us, but she doesnt have much to offer.

After less than a week, the account has approaching half a million followers. According to Twitter, this includes 57 people I follow a thin but fairly representative cross section of the sneering liberal media elite. Taken together, the accounts 200-odd tweets paint a picture of a scheming and incompetent inner circle desperately trying to rein in a president who has little understanding of his role and few interests beyond gratifying his own vanity. And that rings true, because its exactly what dismayed liberals like me want to hear.

The account is one of dozens of unofficial and in some cases fake Twitter accounts set up after Trump cracked down on tweeting across government agencies. But it is crafted with some care, and so far has avoided any obvious pitfalls of fakery.

Of course part of its appeal is that it might yet be real. It tracks real-time events so closely that it seems to have the knack of prescience. Theories about its inauthenticity (including claims it is a distraction created by White House adviser Steve Bannon) are, if anything, more preposterous.

One debunker alleged it was Russian propaganda because one tweet used the word Bannon-esk instead of Bannonesque. Im no linguist, but Id guess the odd spelling was deployed to save space in a 140-character tweet.

Most of all @RoguePOTUSStaff offers hope in the guise of despair the promise that an administrative setup this stupid cannot endure. Theres one thing it certainly isnt, and thats satire. There are no jokes, and nothing like exaggeration. If isnt real, it might as well be.

A new study in the journal Nature Neuroscience attests to the efficacy of overlearning the strategy of continuing to practise something one has already mastered. Even if you dont appear to be getting better at something, you are still helping to cement the skill in your brain, so that its harder for new learning to come along and dislodge it.

Such hyperstabilisation is associated with an abrupt shift from glutamate-dominant excitatory to GABA-dominant inhibitory processing, but I dont have to tell you that.

Im a latecomer to the idea. Once Ive mastered a new skill I lose all interest in it, which is why one of the doors of our hall cupboard opens smoothly, and the other one still comes off in your hand. But I am familiar with new stuff threatening to push old stuff out of my brain. This gets worse with age, so that I now have to overlearn a postcode by chanting it to myself in order to hang on to it long enough to type it into my phone.

Given the chaos, incompetence and infighting that may or may not characterise the present White House administration, what are the odds that Donald Trump will not last a full four years as president? My father-in-law took his wishful thinking down to Ladbrokes, and put some cash down on that question. He seemed a bit disappointed by the answer. They only gave me even money, he said.