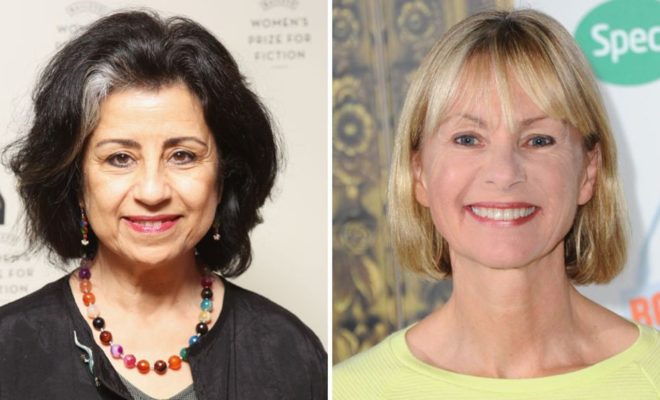 It’s all change in the world of literary prizes.

This year will be the last Women’s Prize for Fiction has the word Baileys attached to it.

The liqueur company, owned by Diageo, said it had “regretfully decided to make way for a new sponsor”.

How often do book prizes change their name?

The shifting nature of commercial partnerships means that book prizes can often change their names every few years.

It can just be a minor tweak – such as a simple change of prefix.

But sometimes well-known prize names can be rendered suddenly unrecognisable.

Up until 2015 the the most prestigious non-fiction prize was known as the Samuel Johnson Prize.

In 2016 it became the Baillie Gifford Prize to reflect a new sponsorship deal.

The Costa Book Awards started out as the Whitbread Awards in 1971 and only became known by their current name in 2006. The overall 2017 winner is announced this week.

The best-known literary prize of them all, the Man Booker Prize, was founded by the Booker McConnell company in 1968. Investment company Man Group began its sponsorship in 2002 and retained Booker in the official title.

What happened in the case of the Folio Prize?

The Folio Prize is a new kid on the block in terms of book awards.

It was first announced as the Literature Prize in 2011 amid a row about the decision by Man Booker Prizes judges that year to focus on “readability”.

It was the first major English language book prize open to writers from around the world.

Under the sponsorship of The Folio Society, its first 40,000 accolade was handed out in 2014. After the 2015 award, the Folio Society announced that it would not renew its partnership.

The prize took a year off in 2016 while it searched for a new sponsor and is back in 2017 as the Rathbones Folio Prize, with backing from Rathbone Investment Management.

Andrew Kidd, co-founder of the Folio Prize and of digital book club Alexi, knows all about the challenge of changing sponsor.

“We are a very young prize and we are still building public awareness,” he says. “We haven’t established ourselves enough to say we have a right to exist. We were born out of a particular moment.”

During its year off it was decided to open the fiction prize to any literary genre, including non-fiction.

Mr Kidd says the search for a new sponsor wasn’t as hard as he had expected.

“Because we waited until we had our own USP [Unique Selling Point] it was not that difficult at all. We had a compelling story to tell.”

This year’s winner will be announced on 24 May, with the Egyptian author Ahdaf Soueif as chair of the judging panel.

So how easily will the Women’s Prize for Fiction Book find a new sponsor?

Its co-founder, novelist Kate Mosse, is, as you might expect, optimistic.

“We feel very confident about attracting a new sponsor,” she told the BBC.

“We know that brands want to be associated with something that’s inspirational… and we know customers like to be involved with companies that have some sort of social purpose.”

Mr Kidd agrees: “Even when it was the Orange Prize everybody knew what it was. They’ve been so successful at building that unique brand that I would imagine it will be relatively easy to find a sponsor.”

He said that having such a high profile advocate in Kate Mosse also puts them in a strong position.

“There’s no question that there’s an important place for a prize that focuses on female voices,” he added.

“I would imagine that a lot of sponsors will be interested in associating themselves with something that has such a strong purpose.”