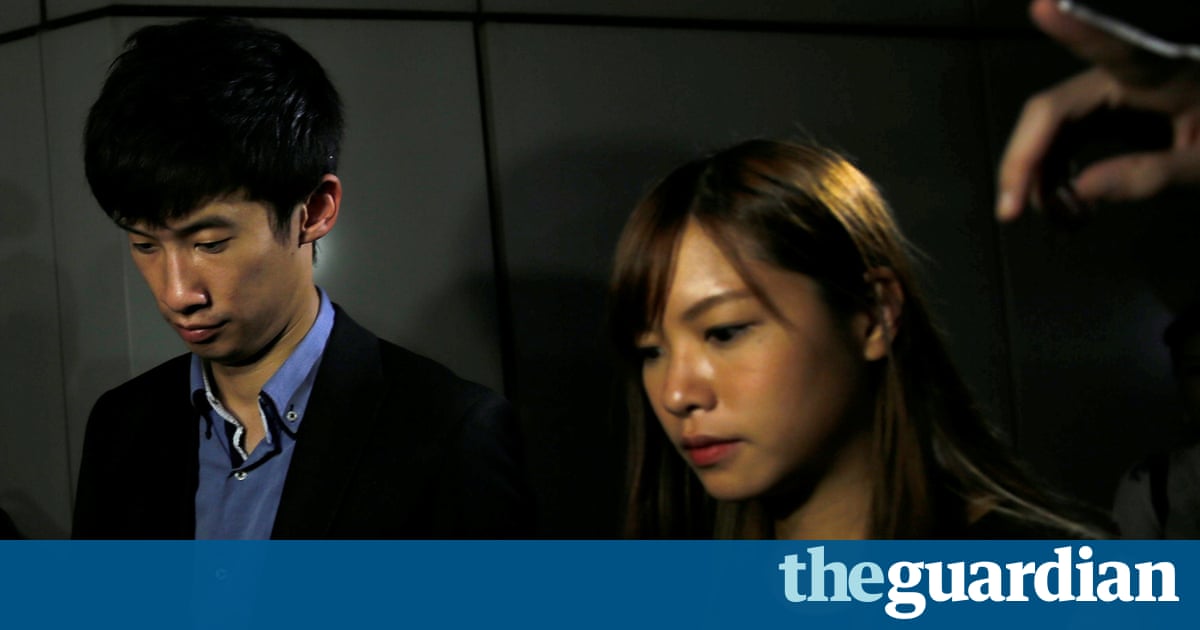 A Hong Kong court has upheld a ban on two pro-independence lawmakers, a day after the government signalled it would seek to disqualify a third legislator in an unprecedented series of legal challenges.

A panel of three judges upheld a lower courts ruling that Yau Wai-ching, 25, and Sixtus Baggio Leung, 30, were disqualified for not properly reading the oath of office. The pair have previously said they plan to take the case to the court of final appeal, Hong Kongs highest court.

Lawmakers must swear allegiance to the Hong Kong special administrative region of the Peoples Republic of China, according to the Basic Law, the citys mini-constitution.

The duos disqualification hinges on a dramatic swearing-in ceremony in October where they unfurled flags that said Hong Kong is not China, declared allegiance to the Hong Kong nation and used an expletive to refer to China.

In maintaining the ban on Yau and Leung, the judges said the taking of an oath and pledging of allegiance are serious matters.

Hong Kongs government will likely use a similar argument as it aims to disqualify a third lawmaker, Lau Siu-lai, who read her oath incredibly slowly and later said her pace was a sign it was fabricated.

The court ruling has dealt a major blow to Hong Kongs burgeoning independence movement, increasingly popular among the citys youth who feel two decades of pro-democracy movements in the legislature have had little effect.