Body of Briton killed fighting Isis in Syria ‘has been recovered’ 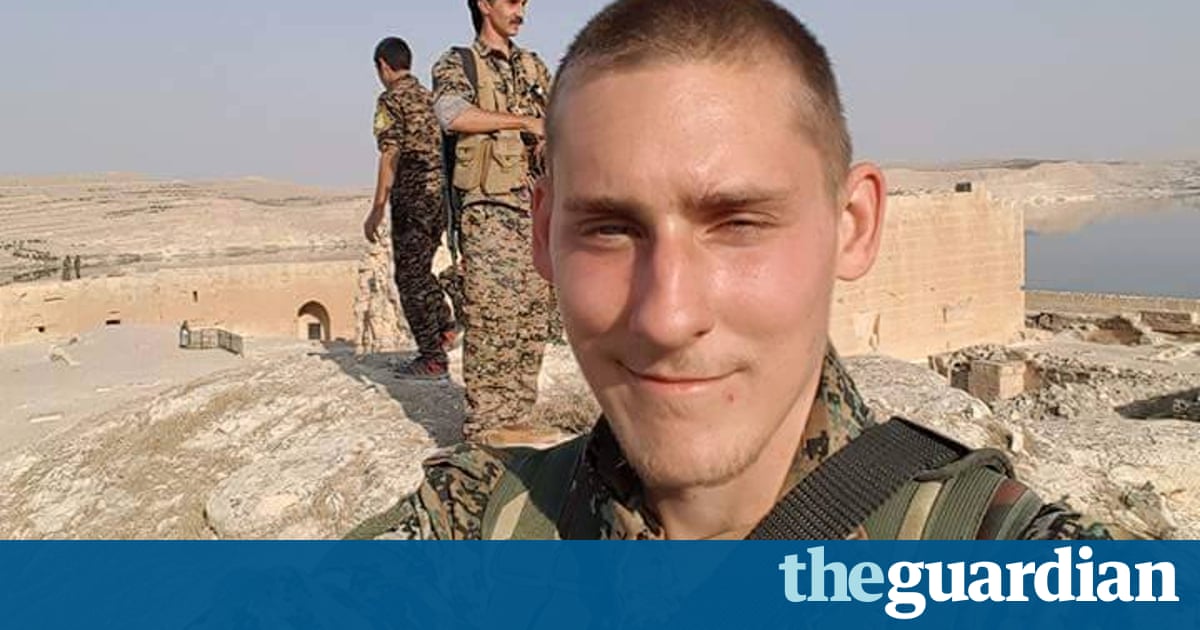 The body of a British man who was killed while fighting with Kurdish forces in northern Syria has been recovered from Islamic State territory, Kurdish activists have told the BBC.

Ryan Lock, a chef from Chichester in West Sussex, was killed during an advance on Raqqa, Isiss de facto capital, on 21 December. He was one of many foreign volunteers who have gone to fight alongside the Kurdish Peoples Defence Units (YPG).

BBC News said it had been told that the 20-year-olds body had only now been recovered from Isis fighters, who had retrieved it after his death. Locks remains have been taken to north-east Syria for an official postmortem, the broadcaster added. There were no details on how the body was recovered.

It is understood that Lock, who had no previous military experience, fought with the YPG for three and a half months before he was killed on the frontline. He had travelled to Syria last August after telling family he was going on holiday to Turkey.

On 24 November he witnessed the deaths of most of his unit when it was bombed, allegedly by Turkish jets, in Arima, a village 13 miles north-east of the Isis-held city of Bab. Twelve YPG fighters were killed, including an American, Michael Israel, and a German national, Anton Leschek.

Lock is the third Briton to be killed fighting Isis since the first foreign volunteers arrived in Iraq and Syria in autumn 2014.

Konstandinos Erik Scurfield, a 25-year-old former Royal Marine from Barnsley in South Yorkshire, became the first when a missile hit his vehicle on 2 March 2015 near the north-east Syrian town of Tel Hamis.

On 21 July 2016, Dean Evans, 22, a dairy farmer from Warminster in Wiltshire, was killed by a rocket-propelled grenade as he attempted to rescue a fallen comrade during a street battle in the city of Manbij, northern Syria.

It is understood Locks family are receiving advice from the Foreign Office (FCO) on how best to get their sons body back to the UK for burial.

A Foreign Office spokeswoman said: The UK has advised for some time against all travel to Syria. As all UK consular services there are suspended, it is extremely difficult to confirm the status and whereabouts of British nationals in Syria.

Anyone who does travel to these areas, for whatever reason, is putting themselves in considerable danger.