Alt-right figure says he will write for Simon &amp; Schusters conservative imprint, though previous book announcements have not materialised 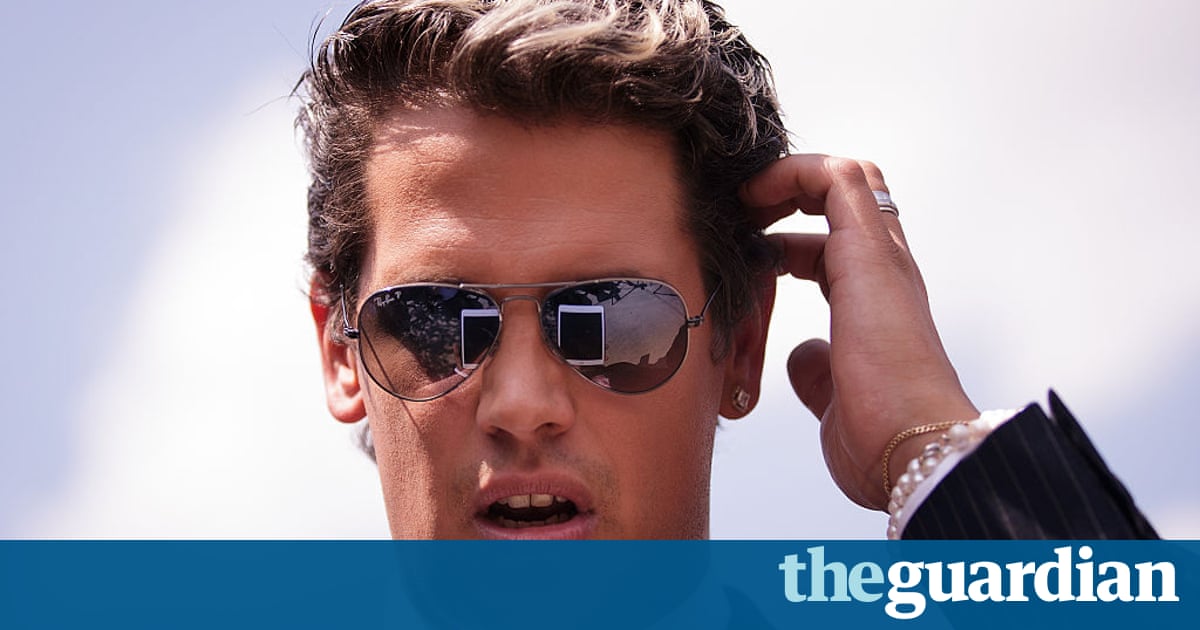 Milo Yiannopoulos, a prominent Donald Trump supporter and member of the so-called alt-right movement, has reportedly been offered US$250,000 for his first book.

The book is due to be published by the Threshold Editions imprint of Simon & Schuster and would be autobiographical, reported the Hollywood Reporter on Thursday.

He has announced forthcoming books twice in the last two years: one on the Gamergate controversy, which he flagged in December 2014, and one called The Sociopaths of Silicon Valley, in January 2015.

Neither has been published.

Yiannopoulos, the technology editor at far-right website Breitbart, was banned from Twitter in July for his role in the online abuse of the Ghostbusters actor Leslie Jones. The chief executive of Breitbart, Steven Bannon, is Trumps controversial choice for chief strategist in the White House.

Yiannopoulos told the Hollywood Reporter that negative publicity had only boosted his profile, likening it to MTV banning the video for Madonnas Justify My Love in 1990 and coverage of Trump in the lead-up to the US election.

They said banning me from Twitter would finish me off, Yiannopoulos said. Just as I predicted, the opposite has happened.

He did not confirm the precise amount paid for his book, but claimed he was offered a wheelbarrow full of money.

I met with top execs at Simon & Schuster earlier in the year and spent half an hour trying to shock them with lewd jokes and outrageous opinions. I thought they were going to have me escorted from the building but instead they offered me a wheelbarrow full of money.

Threshold Editions was founded in 2006 to provide a forum for innovative ideas of contemporary conservativism. According to its mission statement, it is celebrating 10 years of being right!

Its recent bestsellers include works by the president-elect Trump, Glenn Beck, Rush Limbaugh and Dick and Liz Cheney.

The Chicago Review of Books described Yiannopoulos book deal as a disgusting validation of hate and said it would boycott books published by Simon & Schuster in 2017 in protest.

Karolina Sutton, a literary agent at Curtis Brown representing authors including Margaret Atwood and Haruki Murakami in the UK, said publishers had to decide where they would draw the line, what books they wouldnt take on.

Simon & Schuster has been contacted by the Guardian for comment.

Yiannopoulos told the Hollywood Reporter that he was more powerful, more influential and more fabulous than ever before, and that his upcoming book would mark the moment Milo goes mainstream.

He is also understood to be filming highlights of his Dangerous Faggot speaking tour of universities in the US for a full-length feature documentary.

A talk he was scheduled to give at his former school, Langton Grammar in Kent, in November was cancelled due to security concerns.