James Bradley, who is in the early stages of dementia, has been refused a residents visa after moving to Australia in 2007 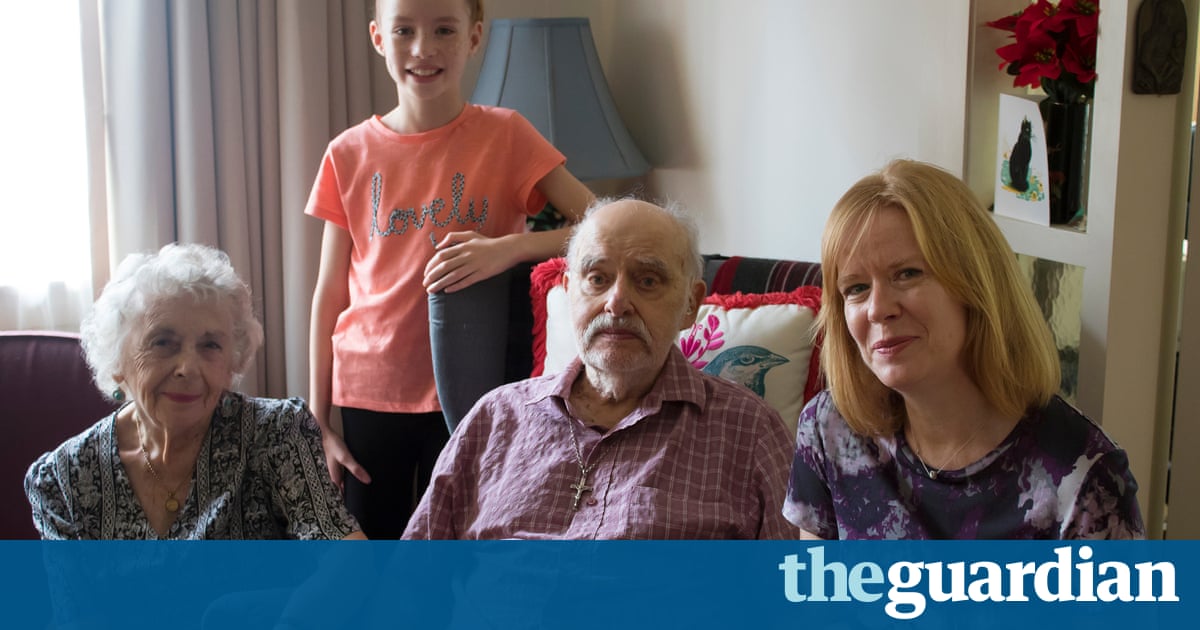 A 92-year-old second world war veteran in ailing health is facing the threat of being deported to Britain from Australia after he was refused a residents visa.

James Bradley and his wife, Peggie, 91, applied for permanent residency under the aged parent visa in 2007, when they moved to Sydney to join their daughter Sharon and her family. Both passed their medical examinations and were put on a waiting list.

The Australian immigration department had warned that there could be waiting times of up to 30 years for the visa, for which only applicants aged 65 and over are eligible.

We knew thered be a waiting list, Peggie Bradley told the Guardian at home in Croydon, in Sydneys inner west. Theres obviously a lot of people wanting to come to Australia. But things just didnt work out for us.

In 2014 she and James were told that they were nearing the head of the queue and were asked to undergo further tests. Peggie passed her second medical but James did not, after having suffered a fall in which he broke his collarbone and pelvis, affecting his mobility. He now uses a walking frame and is in the early stages of dementia.

The waiting, I think its had an effect on us all but mostly on my husband because hes been so poorly, Peggie said.

Because they made a joint application, they are both at risk of being deported. She said there would be serious repercussions if they were told to leave.

My husband is too frail to undertake a 24-hour journey, she said. And he doesnt want to do it anyway he wants to stay here, where hes always wanted to be.

An administrative tribunal in November upheld the original ruling, which was confirmed in February. The Bradley family has now escalated Peggie and Jamess case to the office of the immigration minister with a compassionate appeal.

A department spokesperson told the Guardian that their request for ministerial intervention had been received and was being actively considered but would not comment further.

Sharon who moved to Sydney in 2006 and was herself granted Australian citizenship only in September said the process had been incredibly stressful for her parents.

There are not many world war two veterans left and I feel Australia should be embracing him, rather than rejecting him. Its just unthinkable that they would ask a 92-year-old veteran of the second world war to leave and go back to England.

James Bradley was based in Sydney while serving in the British Pacific fleet of the Royal Navy, fighting against Japan.

Peggie said her husband left his heart behind in Australia when he returned to England after the war and had always intended to return. After 10 years settled in the country, Sydney was home.

Even if supposing my husband was well enough to go back to England, go back to what? Because we just uprooted and transferred here 10 years ago.

Theres nobody there, no home there.

Their son Stuart, one of Sharons two older brothers, was killed in a car accident at the age of 23. Their eldest, Duncan, died of cancer in 2005.

In October 2007, Peggie and James then in their early 80s moved halfway around the world to be with Sharon, who had given birth to her daughter Karis five months before. Peggie collects her now nine-year-old granddaughter from school most days.

Simon
← Previous Story The great sprawl of China: satellites reveal growth of cities over 30 years
Next Story → Chimamanda Ngozi Adichie on transgender row: ‘I have nothing to apologise for’