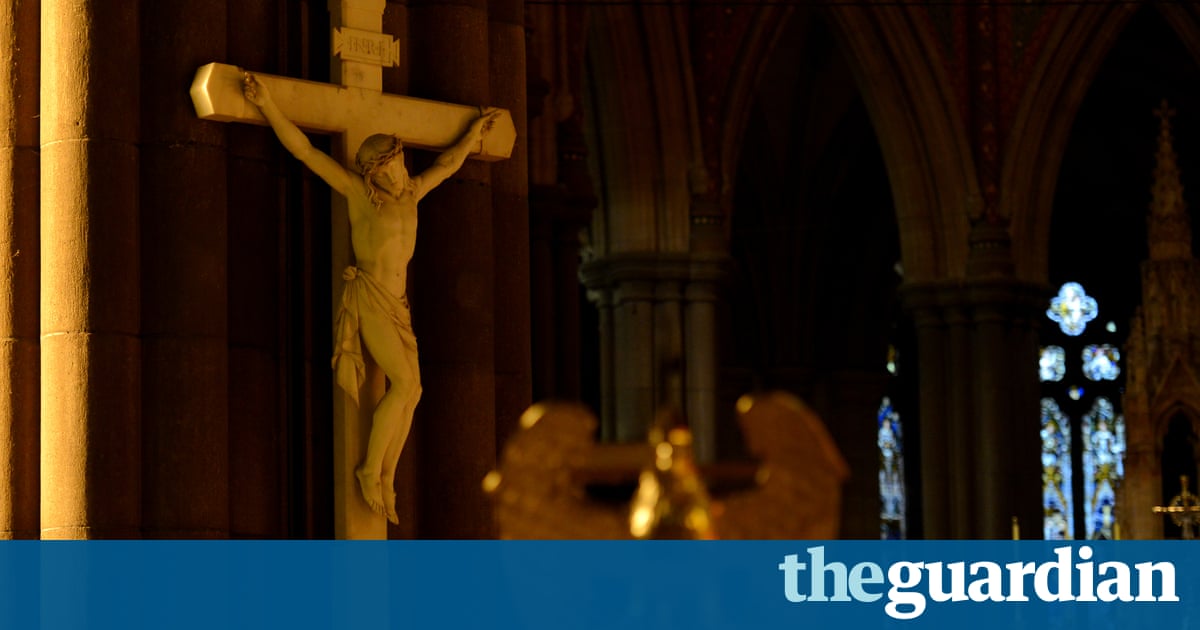 Whether what is heard in the confessional box should continue to stay there will be considered by the child sexual abuse royal commission as it again turns its focus to widespread offending in the Catholic Church in Australia this week.

The former Victorian priest Paul David Ryan, jailed in 2006 for 18 months for indecently assaulting one victim, revealed during a 2015 private hearing that he confessed his sexual activity with adolescent boys to his confessor on multiple occasions.

Asked if that was the way he reconciled his actions with God, he said: Yes. Well I thought I was. I know that was very seriously flawed.

Over the next few weeks the royal commission will look at issues such as the sacrament of confession, celibacy, how priests and religious are selected, trained and supervised, and the churchs structure and governance as it examines why child abuse was so prominent in Catholic institutions.

The body co-ordinating the churchs response to the commission argues obligations to report child sexual abuse should not extend to divulging information in the confessional.

The Truth Justice and Healing Council chief executive, Francis Sullivan, believed there was no public evidence before the commission of someone actually confessing a crime of child sexual abuse under the seal of confession.

Alerted to Ryans testimony, Sullivan described it as an absolute abuse of the sacrament.

If hes saying hes using the confessional as a way of alleviating his guilt so he can keep on abusing people, thats an absolute corruption of the use of the confessional and its not what its about, he said. As a Catholic thats repulses me.

The commission has also heard the Melbourne pedophile Father Victor Gabriel Rubeo used a confessional situation to take out his confessor, who had been alerted by one of the priests victims.

I gave absolution and, as he walked out the door, he laughed at me, former priest Philip ODonnell told a 2015 hearing. In other words, he made sure that I couldnt speak to anyone. I felt totally entrapped by that situation.

Sullivan says it is up to the royal commission if it recommends changing privilege laws.

If they do that and if governments change the law then priests like everybody else will need to either abide by the law and, if they dont abide by the law, they take the consequences.

A spokesman for the victims advocacy group Broken Rites, Dr Wayne Chamley, says answering why the abuse occurred is complex.

Its certainly not just celibacy, he said. I think what theyll get into is this whole process of religious formation where essentially people were depersonalised, so they no longer were capable of empathy.

The royal commission has received information about more than 4000 institutions but Sullivan has acknowledged the Catholic church is the single largest institutional setting in which children have been abused.

Its terribly important in these three weeks that that phenomenon of the abuse of power, people abusing their positions of power and privilege, is explored, he said.

In the lead-up to the final Catholic hearing, Perth archbishop Timothy Costelloe again apologised for the churchs failures and the pain it caused so many.

The prevalence of sexual abuse of children and young people in so many institutional settings in Australia, including the churches, indicates that there is a sickness at the heart of our nation which simply must be addressed, Costelloe said.

Sullivan said the church in Australia would take very seriously any recommendations or findings from the royal commission, although there may be issues that could only be dealt with by the Vatican.

Sullivan said the church had already made many changes, including putting in place an independent body to ensure Catholic entities adhered to new national standards to protect children.