Chelsea await but is Arsne Wenger finally sensing his own endgame? | David Hytner 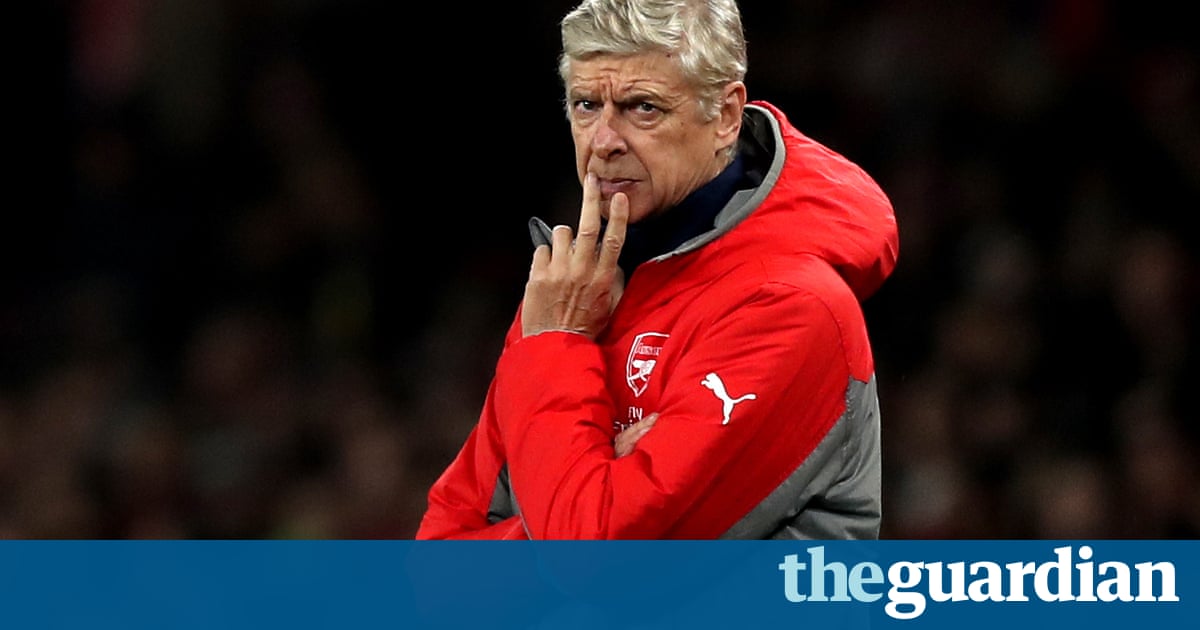 It was a gloriously enigmatic line, the sort that might have come from the hero in one of those black and white nouvelle vague films. It is not all quantifiable. It is linked with your gut feeling, as well. Thank you. All that was missing was the Gallic shrug. And with that, Arsne Wenger turned on his heel and left.

Since last summer, when the countdown to the end of his contract officially started, the Arsenal manager has stuck to his guns. He has said that he will decide at the end of the season, when the deal expires, whether to sign up for another cycle and he will base the decision on whether he feels he has been able to extract the maximum from his squad.

In the meantime, he looks no further than the next game, which is against Chelsea at Stamford Bridge on Saturday lunchtime. My future has always been certain, Wenger said. I focus 100% until the last day of my contract. That is the only way you can guarantee thefuture.

It was a characteristically neat way of dodging the issue. It was pointed out to him that the end of his contract was only a matter of months away. Yes, but we [only] worry about tomorrow, he replied. Tomorrow is not in the summer. It is tomorrow. The players must not think beyond the Chelsea game. They must focus on the game.

However, then came the gut feeling remark. It was in response to a question about how he might judge whether he had extracted the maximum from his squad and it felt like more than another attempt to wriggle away fromaquestion.

Wengers suggestion that he would allow his heart to rule his head prompted a not unreasonable leap. Might that be influenced by the sentiment of the fans; the broader mood around the club when the dust has settled on his 21st season in charge?

That is something which is most assuredly difficult to quantify because no matter how many supporters lose their minds on various forums after a setback the latest being the shock home defeat against Watford on Tuesday there are more who are balanced and sanguine.

It is the noisy ones, of course, who get the attention and there are none noisier than the stars of Arsenal Fan TV, who give their opinions to camera outside the stadium immediately after matches. For the uninitiated, it is Jerry Springer without the bouncers, except that nobody is chanting Arsne, Arsne.

To many Arsenal supporters, it is an embarrassment but when the YouTube numbers are considered some of the videos have upwards of 300,000 views it cannot be dismissed as an irrelevance, even if followers of other clubs are surely logging in for the entertainment value. It is a barometer of the strength of feeling in some quarters and plenty of it is anti-Wenger.

There are times when the man himself can sound bewildered and frustrated at the eruptions on social media and all the rest and Friday was one of those times. Then again, we know what he really thinks and he is wise to continue to keep it quiet.

Its difficult for me to come out on that, Wenger said. We live in a society that is like that and it is difficult for me to change that. I focus on what I can influence. I live with the response of society. You [the media] are more the captors of what is going on in society. Do we go the right way? Maybe. But if you look at society all over the world, we are not really sure.

Is it worse than it was five or 10 years ago? Yes, of course, because everybody can express their frustrations in the fraction of a second, and there is no time to take any distance from whathappened.

Arsenal had won six and drawn one of their seven matches before Watford and it is a measure of the volatility of the situation at the club that they now go to Chelsea against a backdrop of anxiety and potential crisis. Their Premier League season is on the line and, by extension, so is Wengers future. Lose, and they would be 12 points behind theleaders.

Wenger admitted that he had spent the days since the Watford defeat trying to work out why, in his words, the players had not been mentally ready for the physical challenges and it did not sound as though he had done so.

Did they think it would be easy? Thats one of the explanations but there are no easy games in the Premier League, Wenger said. Did the weight of the Chelsea game afterwards come into it? Maybe, in the subconscious mind. I dont think it was a lack of professionalism. The players preparedproperly.

Wenger gave his players the day off on Thursday which had been planned before Watford and he said that most of the work he had done with them had been psychological and tactical.

He has a selection problem in midfield at the worst moment, as he prepares a side to face NGolo Kant a player that he said he had tried to sign from Leicester City last summer and Nemanja Matic with Aaron Ramsey, Santi Cazorla, Granit Xhaka and Mohamed Elneny unavailable. All in all, it is easy to fear for Wenger against a team as steely as Chelsea.

He has called for a response to Watford and he expressed his confidence that unlike on Tuesday his players would be naturally on alert from the first whistle because of the size of the occasion. Wenger noted how his team had beaten Chelsea at home in September last year. What he would give for a repeat.