Chimamanda Ngozi Adichie on transgender row: ‘I have nothing to apologise for’

Novelist and feminist has attracted criticism for her comments on trans women, but says hostility of backlash serves to close up debate 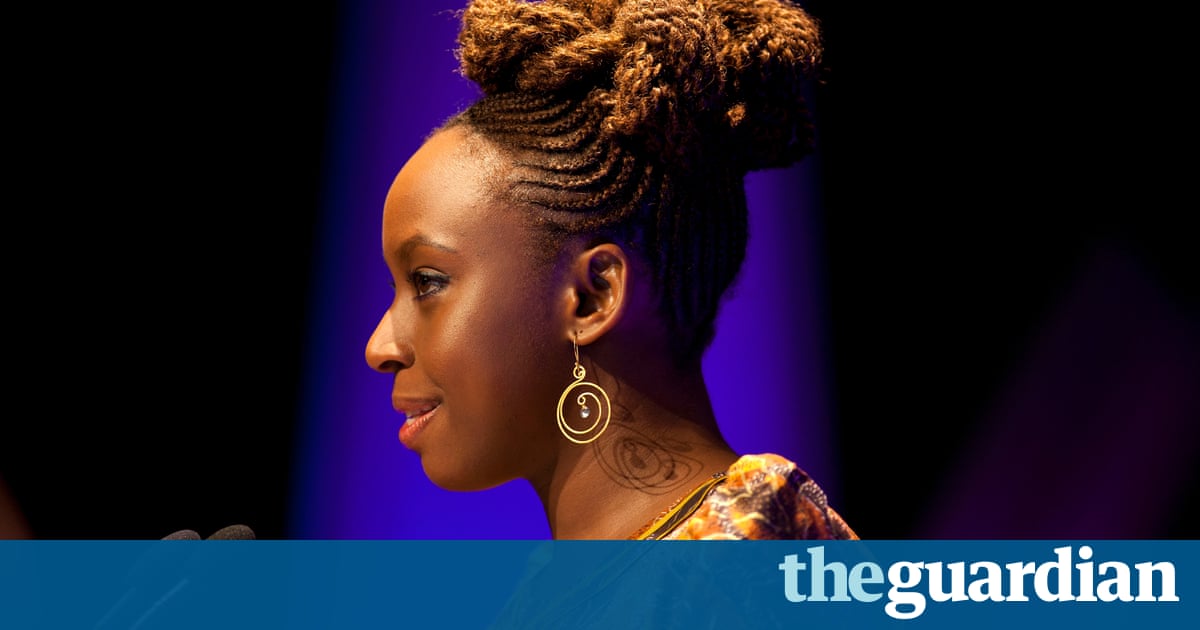 Chimamanda Ngozi Adichie, the Nigerian novelist and feminist, has condemned a language orthodoxy on the political left after she endured a vitriolic backlash over comments about transgender women.

The author of Half of a Yellow Sun plunged into a row about identity politics when she suggested in an interview last week that the experiences of transgender women, who she said are born with the privileges the world accords to men, are distinct from those of women born female. She was criticised for implying that trans women are not real women.

But Adichie defended her comments during a public appearance in Washington on Monday night. This is fundamentally about language orthodoxy, she told a sellout event organised by the bookshop Politics & Prose. Theres a part of me that resists this sort of thing because I dont think its helpful to insist that unless you want to use the exact language I want you to use, I will not listen to what youre saying.

From the very beginning, I think its been quite clear that theres no way I could possibly say that trans women are not women. Its the sort of thing to me thats obvious, so I start from that obvious premise. Of course they are women but in talking about feminism and gender and all of that, its important for us to acknowledge the differences in experence of gender. Thats really what my point is.

The controversy erupted after a Channel 4 interview broadcast on 10 March in which Adichie argued gender is about experiences, not anatomy, and a person who has lived as a man with the privileges according by society to men before transitioning has experiences that cannot be equated with those of someone born female. In the face of a number of angry responses, Adichie followed up with a Facebook post on 12 March but described it as a clarification rather than an apology.

I didnt apologise because I dont think I have anything to apologise for, she said on Monday. Whats interesting to me is this is in many ways about language and I think it also illustrates the less pleasant aspects of the American left, that there sometimes is a kind of language orthodoxy that youre supposed to participate in, and when you dont theres a kind of backlash that gets very personal and very hostile and very closed to debate.

But because cis is not a part of my vocabulary it just isnt it really becomes about language and the reason I find that troubling is to insist that you have to speak in a certain way and use certain expressions, otherwise we cannot have a conversation, can close up debate. And if we cant have conversations, we cant have progress.

Adichie distanced herself from academic feminism and said her new book, Dear Ijeawele, or A Feminist Manifesto in Fifteen Suggestions, is careful to avoid jargon. I dont really partake in that kind of language orthodoxy and theres a part of me that really resists it. So I resist to be coopted into it.

A campaigner for LGBTQ rights in Nigeria, Adichie is a star of the progressive left and not accustomed to finding herself on the receiving end of its ire. She said: It was unpleasant, and I think it was unpleasant not because of the sort of criticism and vitriol and hostility which Im used to, because I think if you make the choice to label yourself feminist publicly it just comes with the baggage but in this case it came from my tribe, my tribe being women who believe in equality.

But really, my position remains: I think gender is about what we experience, gender is about how the world treats us, and I think a lot of the outrage and anger comes from the idea that in order to be inclusive, we sometimes have to deny difference. I think that because human difference for so long, in all its various forms, has been the root of so much oppression, sometimes theres the impulse to say lets deny the difference, as though by wishing away the difference we can then wish away the oppression.

This echoes over-optimistic claims of a post-racial society, the award-winning author continued. In some ways its like the idea of colour-blindness, which is, I think, just a really hollow idea that if we say we dont see colour, then somehow all the oppressions will disappear. Thats not the case

I think there were people who felt I was somehow making a point about the Oppression Olympics: you havent suffered enough. Its not at all that. Its simply to see that if we can acknowledge there are differences, then we can better honestly talk about things.

Adichie gave violence against transgender women, reproductive rights, participation in sport and the debate around same-sex schools as examples where such acknowledgement would broaden the feminist conversation. She insisted that she has always stood up for the rights of trans women and would continue to do so.

During a question and answer session, Adichie was asked about issues of intersectionality, the overlap of social identities such as race, gender and sexuality. She remained sceptical: Speaking of language, even the word intersectionality comes from a certain kind of academic discourse that sometimes I dont know what it means.

Feminism was a useful word to rally around despite understandable reservations, she added. I think the history of western feminism is one that is fraught with racism, and I think its important to acknowledge that, and at the same time to say that feminism is not the western invention, that my great-grandmother in what is now south-western Nigeria is feminist

I think white women need to wake up and say, Not all women are white, three times in front of the mirror.