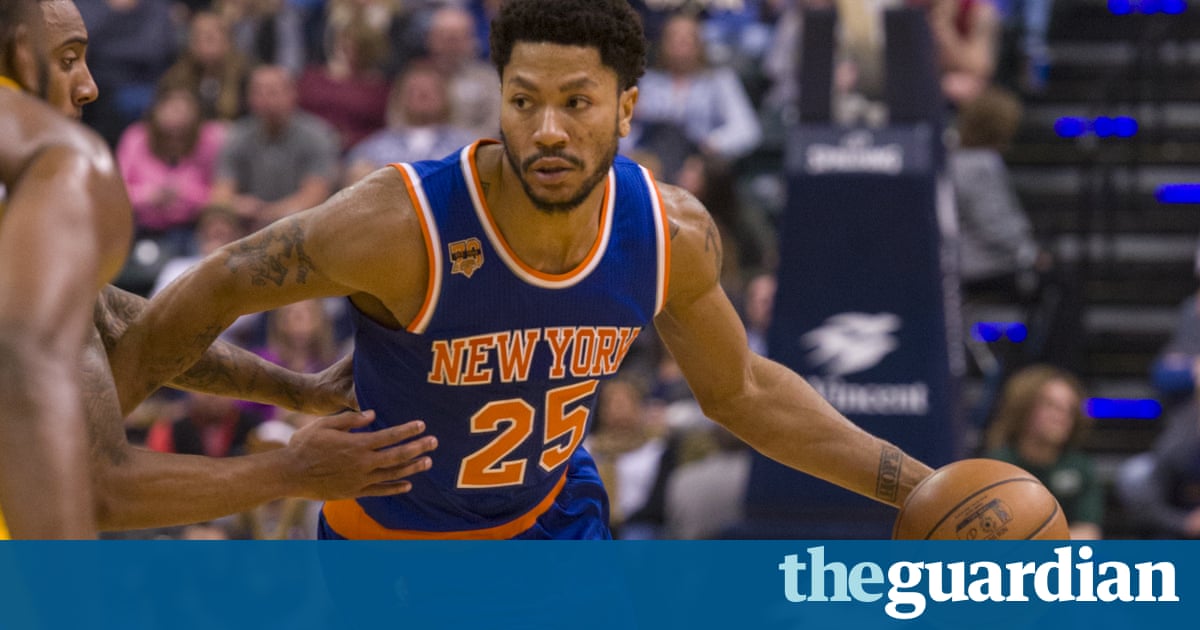 The whereabouts of Derrick Rose were unclear on Monday night after the New York Knicks point guard was mysteriously absent for the evenings game with the New Orleans Pelicans at Madison Square Garden.

ESPN reported at least one team official who attempted to contact Rose before the game was unable to reach the former NBA MVP, while Adrian Wojnarowski of The Vertical reported that team officials, team-mates and close associates were unclear why Rose had gone awol. ESPNs Ramona Shelburne reported that Rose told the Knicks he had a family issue.

The Knicks released a brief statement just before tip-off saying Rose was not with the team.

Brandon Jennings started in place of Rose as the Knicks slumped to their eighth defeat in nine games with a lopsided 110-96 loss.

Knicks coach Jeff Hornacek, who had made no mention of Roses absence when he spoke with the media during his pre-game availability, repeatedly deflected questions regarding his star guard after the game.

Right now we dont have enough information to give you anything, Hornacek said.

Frank Isola of the New York Daily News, citing a source close to the player, reported that Rose attended the Knicks morning shoot-around at their Westchester practice facility, but that by Monday night there were strong indications that [he] returned to his hometown of Chicago.

The 28 year-old has averaged 17.3 points, 4.5 assists and 3.9 rebounds in 33 games in his first season with the Knicks after joining New York in a June trade from the Chicago Bulls, who made him the No1 pick in the 2008 NBA draft.

Simon
← Previous Story Contrary to reports, Yahoo is not changing its name to Altaba
Next Story → Sandpipers go the extra 8,000 miles to have as much sex as possible