Disney pulls Maui children’s costume amid claims it is offensive 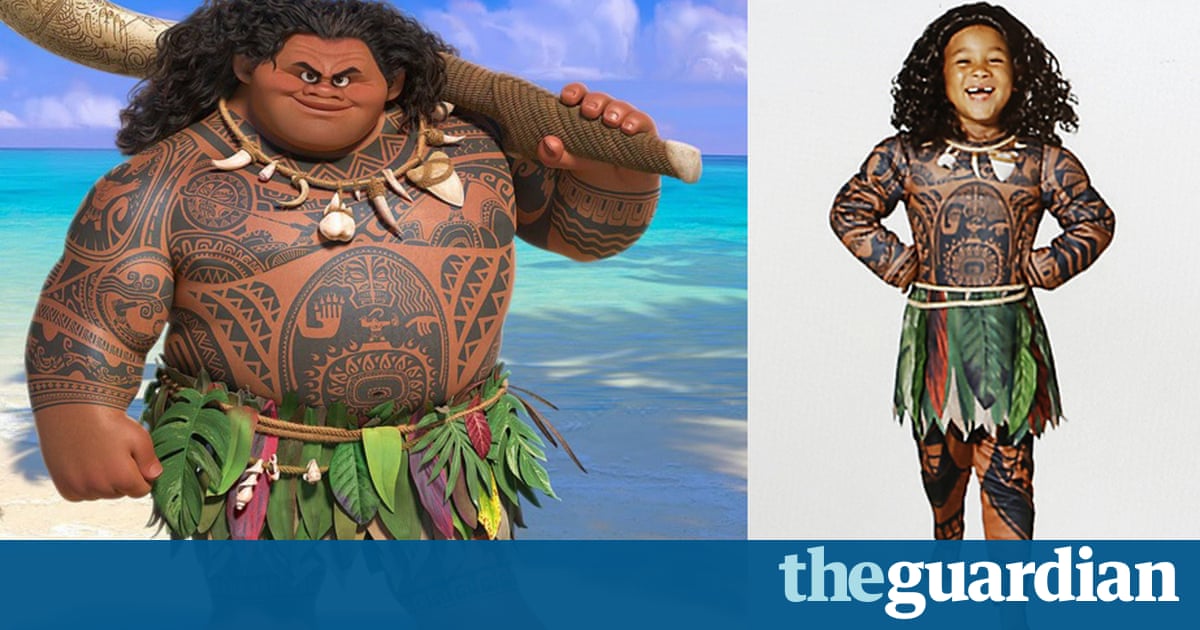 Disney has said it will no longer sell a boys costume for a Polynesian character that some Pacific Islanders have compared to blackface.

The outfit depicts the character Maui in the upcoming animated movie Moana. It has a long-sleeve brown shirt and long pants featuring full-body tattoos. It comes with a fake shark-tooth necklace and green-leaf skirt.

Disneys online store had offered boys pyjamas and a mens t-shirt in a similar design, but those products were no longer available on Wednesday.

The team behind Moana has taken great care to respect the cultures of the Pacific Islands that inspired the film, and we regret that the Maui costume has offended some, the company said in a statement. We sincerely apologize and are pulling the costume from our website and stores.

Marama Fox, a co-leader of New Zealands indigenous Maori Party and a member of New Zealands parliament, said the costume was a case of cultural misappropriation and an example of a company trying to profit off of another cultures intellectual property.

The movie itself, she said, appeared to be playing into stereotypes.

It depicts Maui as a bit of a beefy guy, and not in a good way. Thats not the picture I have of the Maui who fished up the North Island, and had a number of feats attributed to him, she said.

The outfit had caused disquiet among the Polynesian community.

Hawaiian Chelsie Haunani Fairchild said it was offputting to have a child wear the skin of another race.

Polyface is Disneys new version of blackface. Lets call it like it is, people, Fairchild said in a video she posted on Facebook.

The college student said in an interview the costume doesnt honour or pay homage to a culture or person, but makes fun of it.

It bastardizes Polynesians by doing something like that. Youre stripping away its integrity, said Fairchild, who is attending school in San Antonio, Texas.

The Disney online store recently began selling the costume, just in time for Halloween. The listing noted the getup had padded arms and legs for mighty stature!

Moana is due for release in November. The animated feature is about a teenager who sails through the South Pacific to a fabled island. She meets Maui revered in Polynesian oral traditions and viewed by some Pacific Islanders as an ancestor who helps her explore the ocean.

Simon
← Previous Story Hello, Dolly! with Bette Midler breaks Broadway ticket sales record
Next Story → Youre A Farmer! Can You Squeeze The Milk Out Of All The Animals?