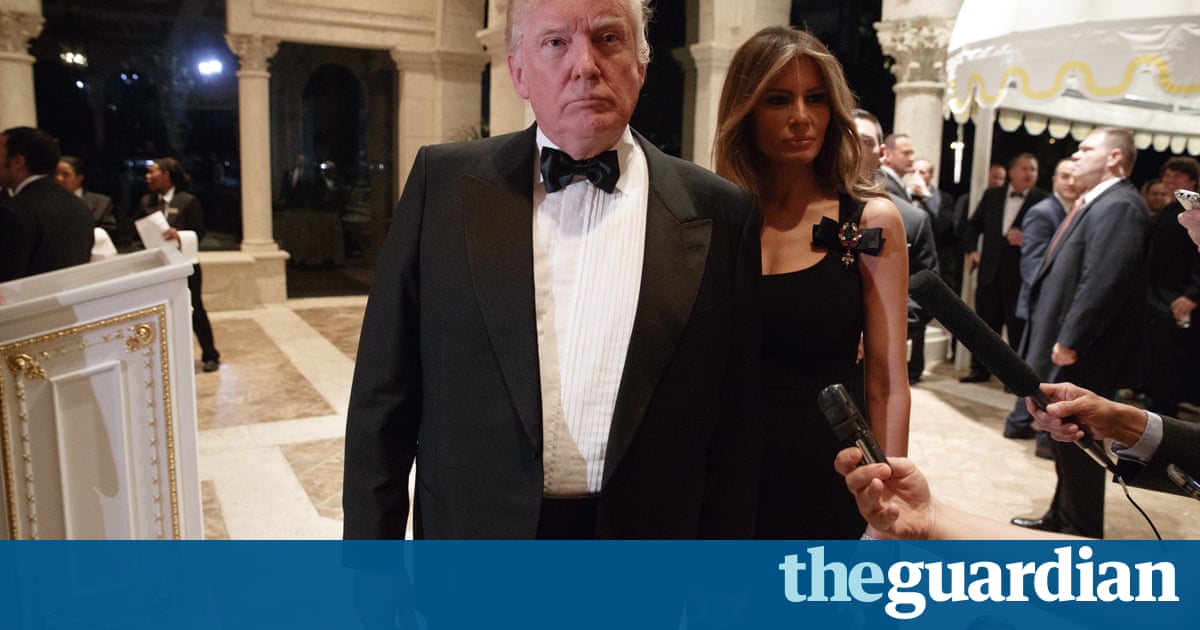 Donald Trump has expressed continued skepticism over whether Russia was responsible for computer hacks of Democratic Party officials.

In remarks to reporters upon entering a New Years Eve celebration at his Mar-a-Lago estate, Trump warned against being quick to pin the blame on Russia for the hacking of US emails.

I just want them to be sure, because its a pretty serious charge, he said.

And if you look at the weapons of mass destruction, that was a disaster, and they were wrong.

The Washington Post also reported on Friday that Moscow could be behind intrusion into a laptop owned by a Vermont electricity utility.

US intelligence officials have said that they are confident Russia was behind the US election hacks, which could have played a role in Trumps defeat over Democratic presidential candidate Hillary Clinton.

I think its unfair if we dont know. It could be somebody else. I also know things that other people dont know so we cannot be sure, Trump said on Saturday.

Asked what that information included, the president-elect said, You will find out on Tuesday or Wednesday. He did not elaborate.

He went on to warn that no computer is safe from hacking and suggest that using a pen and paper was the most effective way of exchanging information.

If you have something really important, write it out and have it delivered by courier, the old fashioned way because Ill tell you what, no computer is safe, he said.

I have a boy whos ten years old, he can do anything with a computer. You want something to really go without detection, write it out and have it sent by courier.

Trump also left open the possibility of meeting with Taiwans president if she visits the United States after he is sworn in on 20 January.

Well see, he said when pressed on whether he would meet Tsai Ing-wen, Taiwans president if she were to be in the United States at any point after he becomes president.

Beijing bristled when Trump, shortly after his 8 November victory, accepted a congratulatory telephone call from the Taiwan leader and has warned against steps that would upset the one-China policy China and the United States have maintained for decades.

Talk of a stop-over in the United States by the Taiwan president has further rattled Washington-Beijing relations.

Trump spoke to reporters for four minutes before entering the New Years party. Earlier in the day he ditched his press pool to play golf at one of his clubs.

He has not held a formal press conference since July.

Reuters contributed to this report

Simon
← Previous Story Pilot in Canada charged after allegedly passing out in cockpit before takeoff
Next Story → Want To Be A Judge Under Trump? Chief Justice Lays Out What The Job Is Like