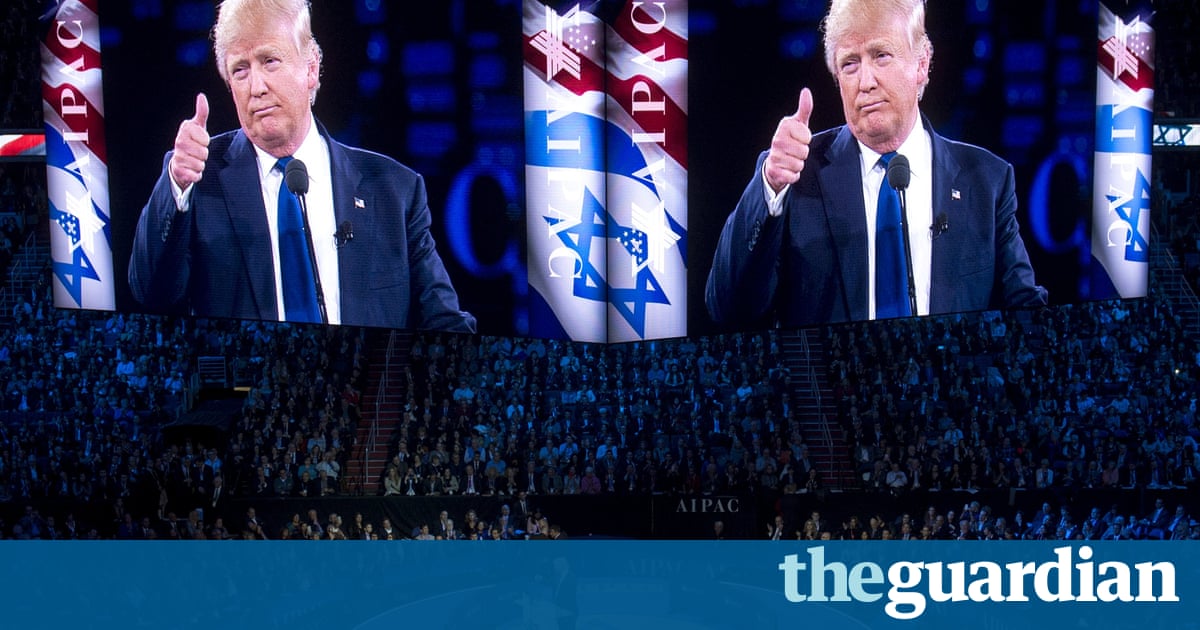 Donald Trump has named a bankruptcy lawyer who represented the president-elect over his failing hotels in Atlantic City, as the new US ambassador to Israel.

David Friedman, who had more recently served on the president-elects advisory team on the Middle East, said that he looked forward to delivering Trumps pledge to recognise Jerusalem as Israels capital and moving the US embassy there. The move would be a highly controversial, symbolic and potentially explosive gesture in the Middle East, as the status of Jerusalem is one of the issues in long-stalled Israeli-Palestinian negotiations.

Friedman serves as president of the American Friends of Bet El Institutions, which funds settlements in the West Bank. He disagrees with the general international consensus that the settlements are illegal and he opposes a ban on settlement construction on the West Bank and in East Jerusalem. And he has long supported an undivided Jerusalem as the Israeli capital.

Previous Republican presidential candidates have promised to move the US embassy from Tel Aviv to Jerusalem, but have reneged on the promise out of fear of repercussions in the Arab world. The Palestinians also view Jerusalem as their capital and earlier peace negotiations had envisaged a divided city.

Friedman is also a fervent opponent to another orthodoxy of US foreign policy, the two-state solution to the Israeli-Palestinian conflict, in which the territory would be shared.

Thats the two-state solution an illusion that serves the worst intentions of both the United States and the Palestinian Arabs. It has never been a solution, only a narrative. But even the narrative itself now needs to end, Friedman wrote on the website for the religious Zionist network, Arutz Sheva.

The Israeli newspaper, Haaretz, described Friedmans views as being on the far right of the Israeli political spectrum, more hardline than prime minister Binyamin Netanyahu.

He has been a long-time friend and trusted adviser to me, Trump said in a statement. His strong relationships in Israel will form the foundation of his diplomatic mission and be a tremendous asset to our country as we strengthen the ties to our allies and strive for peace in the Middle East.

Friedman, a 57 year-old specialist in litigation and bankruptcy, said in a statement: I am deeply honored and humbled by the confidence placed in me by President-elect Trump to represent the United States as its Ambassador to Israel.

I intend to work tirelessly to strengthen the unbreakable bond between our two countries and advance the cause of peace within the region, and look forward to doing this from the US embassy in Israels eternal capital, Jerusalem, the lawyer said.

Friedman, like Trump, is an admirer of Vladimir Putin. Also like the president-elect he has portrayed the Russian leader as fighting the Islamic State in Syria, although very little of the Russian war effort has actually been focused on Isis.

Vladimir Putin gets it. He may be a thug, as he was recently described by Senator Rubio, but he knows how to identify a national objective, execute a military plan, and ultimately prevail, Friedman wrote in November last year.

Friedman represented Trump after Trump Entertainment Resorts Inc, the umbrella company for his three Atlantic City casinos, when into bankruptcy in 2009.