The world No1, Dustin Johnson, was in majestic form as he beat the young Spaniard Jon Rahm to win the WGC Match Play and complete a clean sweep of WGC events 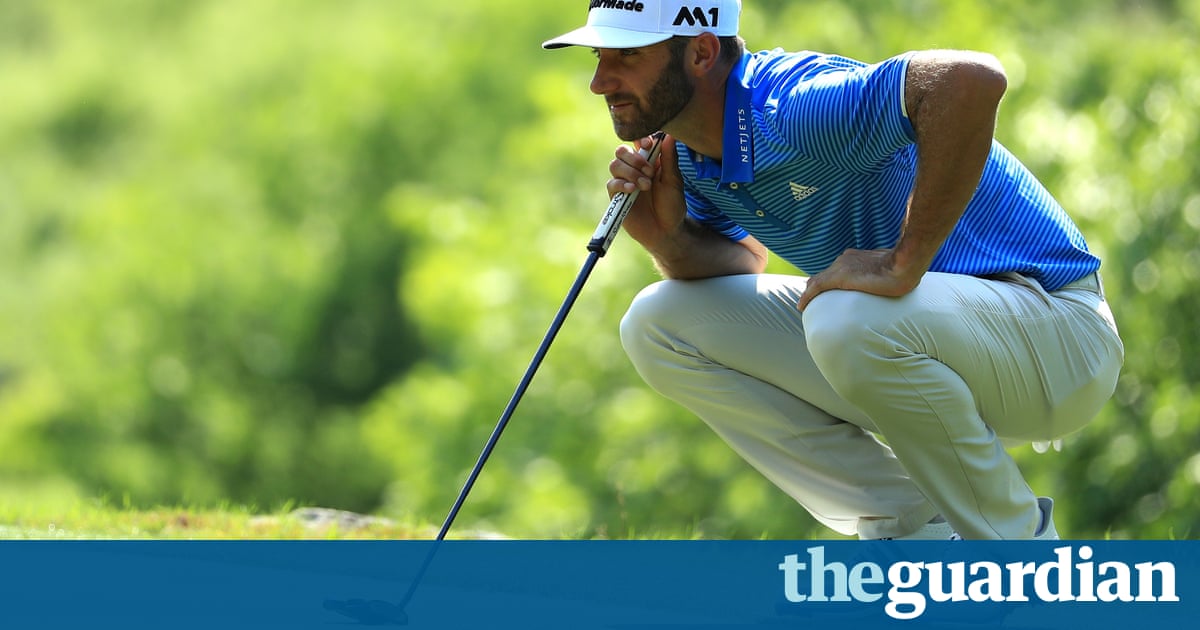 Dustin Johnsons only danger is associated with peaking too early. Even that seems a negative leap of faith. With little over a week to the Masters the world No1 secured a third victory in as many starts by seeing off Jon Rahm in what developed into a thrilling final of the WGC Match Play.

Johnson remains in the form of his life, to the point where this weeks Shell Houston Open might be a minor inconvenience; he would surely rather be heading straight to Augusta National. In the early throes of this tournament Johnson was asked whether he thought he intimidates fellow players. You had better ask them, was the characteristically low-key reply. There really is no need; Johnson did not trail for so much as a single hole en route to this Austin triumph.

Johnsons second WGC success of 2017 means he has completed the clean sweep of the elite events regarded as second only to majors in prominence. He is now the holder of three out of the four. With five WGCs to his name, Johnson is second only to Tiger Woods in that particular roll of honour. Whisper it but the 32-year-old bears a resemblance to Woods that is ominous for the rest of the games leading lights with Augusta so close.

As used to be the case with Woods, Johnson has now been established as the clear, short-priced favourite to prevail on Sunday week. Such status is fully merited: Johnson has lifted six trophies in nine months.

Im proud of the way I played, said Johnson after concluding his one-up win. It was tough. The greens got really fast, the wind was affecting all the putts. Jon played really well, I just didnt really give him anything.

For Rahm, who defeated Bill Haas in Sunday mornings semi-final, disappointment should not linger for long. The Spaniard has established himself as one of this sports most exciting young talents. As recently as last June, Rahm was looking on as the US Opens low amateur as Johnson lifted the main prize. Now the 22-year-old from the Basque Country is a PGA Tour winner who has the capacity to push the games very best on the big stage. And make no mistake, push he ultimately did.

This was the final Rahm coveted from the moment he arrived in Texas, having fallen agonisingly short of usurping Johnson at the WGC Mexico in early March. He made no secret of that fact, either, in endorsing the confidence which has been justified by such a successful baptism in the professional game. It will prove fascinating to watch how Rahm handles his Masters debut.

Johnson secured his final spot with a last-four victory over Hideto Tanihara. In that match he continued a stunning run of winning the opening hole at Austin Country Club in six matches out of six. Rahm ended that sequence; the underdog will perhaps rue the missed chances to win both the 1st and 2nd.

Johnson stretched ahead by winning four holes in succession from the 3rd tee. Yet Rahm displayed the tenacity which served him so well all week by holing from off the green at the 7th before winning both the 9th and 10th to keep Johnson just about within view.

A key moment looked to have arrived at the 11th, Johnson saving par and a half from 6ft as Rahm looked to impose himself further on the match. Johnson claimed the 12th to move to what appeared the unassailable position of four up with only six to play. Appeared proved the operative term.

Rahm roared again with victory on the 13th after he found the green from the tee of the par-four hole. Rahm also took the 15th, leaving Johnson two up with three to play. At the 16th Rahm brilliantly holed from 31ft, meaning Johnson was suddenly only one hole ahead with two to play.

An engrossing duel rumbled on to the 18th, Rahm overshooting the green from 368 yards away with his tee shot before leaving a chip 25ft short he was not helped by a loud noise when mid-swing. Johnson duly made par as Rahm could do no better, leaving the world No1 as the champion by the most slender of margins.

Taniharas memorable week continued with a hole in one at the 7th during his third place play-off match with Haas. That ace, the only one of the tournament, was to prove consolation in itself, as Haas prevailed 2&1.

Simon
← Previous Story Marine Le Pen and Emmanuel Macron face off for the soul of France
Next Story → Apple releases iOS 10.3 as well as macOS, watchOS and tvOS updates