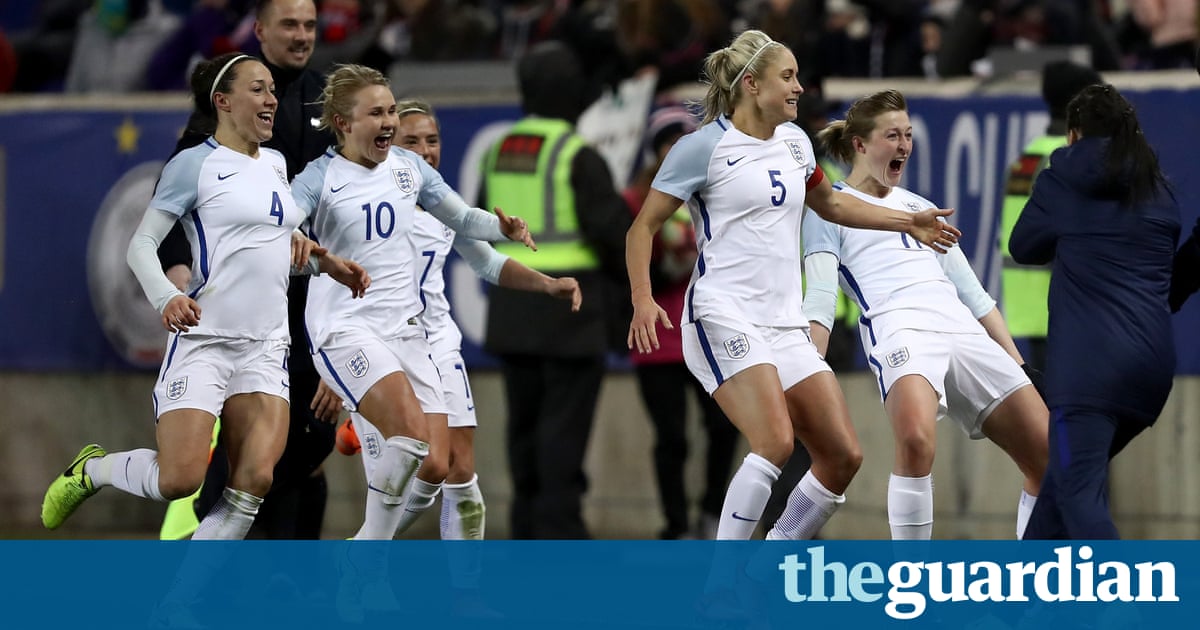 Substitute Ellen Whites final-reel strike lifted England to a stunning 1-0 victory over the United States in the SheBelieves Cup on a frigid Saturday evening in Harrison, New Jersey.

Whites 20th goal in 60 appearances for the Lionesses came in the 89th minute after Lucy Bronzes half-volley off a corner kick caromed off the crossbar into the area. The 27-year-old muscled through American defenders Julie Johnston and Becky Sauerbrunn and fired the winner into the roof of the net, shocking the World Cup holders and silencing the announced sellout crowd of 26,500.

It marked Englands first win over the United States since a 2-1 victory in a friendly at Londons Matchroom Stadium ahead of the 2011 Womens World Cup.

The 27-year-old, who plays for Birmingham City in the FA Womens Super League, entered the match in the 76th minute.

England coach Mark Sampson made seven changes from the starting XI which suffered a 95th-minute defeat to France in Thursdays opener, abandoning the 3-5-2 for a 4-4-2 formation.

Goal-scoring chances were at a premium on a blustery evening that made the 26F (-3C) temperature at kickoff feel like 10F.

England had their best chance up until the shock finish in the 32nd when USA goalkeeper Ashlyn Harris parried Nikita Parris shot from three yards.

Whites late strike was the lone goal in both of Saturdays contests. France played Olympic champions Germany to an scoreless draw in the opener with French goalkeeper Sarah Bouhaddi saving a penalty in the first half.

France lead the four-team round-robin tournament after two matches with four points ahead of England and the United States (three points apiece) and Germany (one). The event concludes on Tuesday at RFK Stadium in Washington, where Germany will face England and the US will meet France.