Encounters with George Michael ‘His publicist thought I was tabloid scum’

but George himself was perfectly happy with Simon Hattenstone, who produced two memorable, soul-baring interviews with the star. He remembers a man who was generous, brilliant, honest and who made you want to parent him 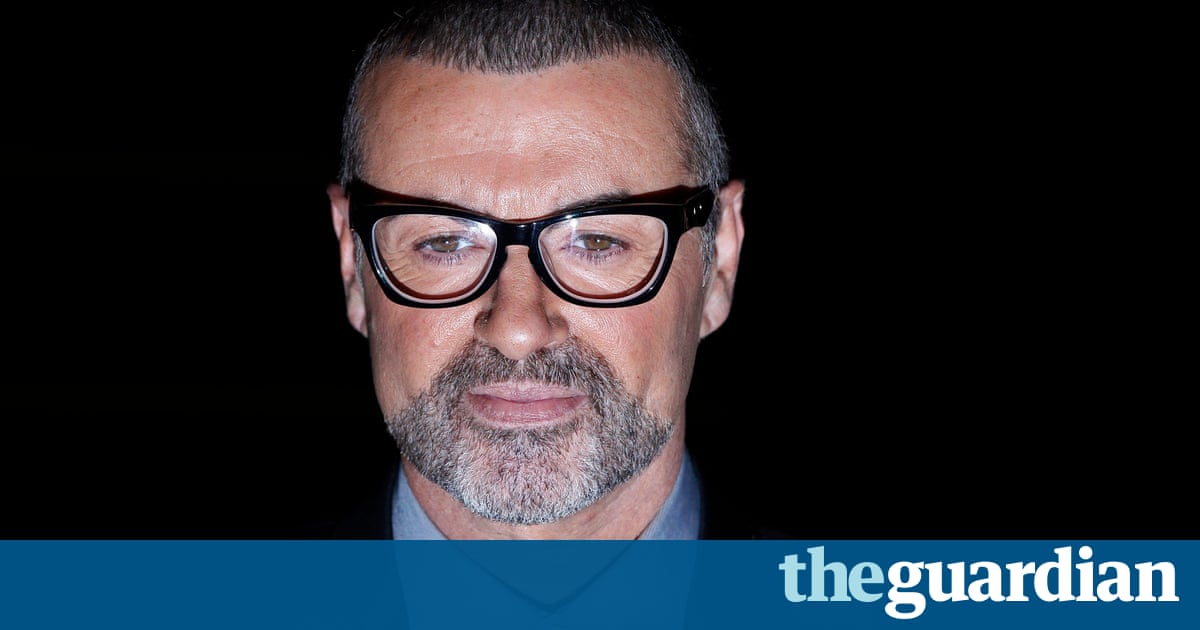 There was something wonderful about George Michael. Great singer (when he hadnt smoked too much), great looking (though he didnt like one side), great songwriter (before he got creative block), great personality (when not too stoned), and of course a great source of tabloid scandal. He didnt give many interviews, but when he did he really did give good interview (I interviewed him twice, in 2005 and 2009). He didnt believe in holding back.

The last time we met was at his home in Highgate for that second interview. Again, that was typical Michael. Few pop stars let you anywhere near their real life; Michael showed you everything when the time was right. He was a recluse of sorts, but he hid in plain sight. Everybody knew George lived opposite the big pub, that he was likely to drive into the front window of Snappy Snaps when hed had a toke too many, that he frequented Hampstead Heath most nights for casual sex.

Obsessive fans would wait for days outside his house hoping for a glimpse, photo or chat. There were a couple outside that time I was there theyd come from Germany on the off-chance. His home was frequently stalked.

It was a dark December day, and George was in confessional mode. When Id interviewed him four years earlier, much of the discussion was about death (he felt he was cursed following the death of his mother and boyfriends; even the puppy he bought to replace his dead dog had drowned), and his inability to write. He was haunted by his creative block, though he always insisted he was one chorus away from a purple patch.

George was a complex man. What had been so private in his life (his sexuality) became an open book. What had been so public (his music) became strangely private. He told me he was in the studio writing new songs, but when I asked about them he became coy and embarrassed.

So he smoked spliff after spliff and stuck with what he regarded as safe territory sex and drugs. There had been stories in the tabloids that he had been caught cottaging on the Heath with a pensioner who resembled Bernard Manning. Michael was outraged by the reports. There was something sweet as well as narcissistic about him. Yes, he was a bit embarrassed about how the story reflected on him, but he also felt for the man. His only crime was being the least fortunate looking person to come off the Heath after me. And was the cottaging true? Of course, he said. As if that wasnt enough, he provided a run-through of a typical day in the life. I normally get up about 10am, my PA will bring me a Starbucks, Ill have a look at my emails Then, if Im in the mood, Ill come up to the office in Highgate, do some work, writing, backing tracks or whatever. Come home. Kenny [his then boyfriend] will be here, the dogs are here. Maybe eat locally, hang out, and then probably go off and have a shag or have someone come here and have a shag.

Michael brought out the paternal in me. There had been reports that he had been cautioned for possession of crack, but he had never talked about it. As I asked him about it I could feel my voice changing. We were the same age, but I could have been his father.

The interview ended up making the news. It wasnt just the crack and the cottaging, it was what hed said about Elton John, who had told people he was worried about Michael. Elton lives on that. He will not be happy until Ibang on his door in the middle of the night saying, Please, please, help me, Elton. Take me to rehab. Its not going to happen. You know what I heard last week? That Bono Ohfor Gods sake Hes choking on his laughter. Geri [Halliwell] told Kenny that Bono, having spoken to Elton, had approached Geri to say, What can we do for George? This is what I have to deal with because Idont want to be part of that social clique. All Idhave to do to stop it is hang out in London, sopeople realise I dont look close to death. But, of course, they were all right to worry for him.

Michael lived a short drive away from me. Despite the spliffs, he insisted on driving me home. Typical of his generosity, if a little reckless on my part (this was only a few months before the Snappy Snaps incident). I asked him if hed knock on the door while I hid. My elder daughter answered the door, said Its George Michael! and almost passed out.

His publicist hated the interview, and said I was the worst kind of tabloid scum. George was perfectly happy with it. He gave me his email, but he was a hopeless correspondent, and never replied. Then, one day, out of the blue I got a gloriously optimistic email from him.

Im sure the right time for another interview will come. In hindsight you may consider me a little less paranoid than you thought I was the last time we met. I considered joining the Leveson inquiry fiasco but decided against it, partially because there were so many idiots involved but also because I believe fuck all will change. I did however send them the extensive letter that the poor old bastard they tried to attach me to (on every level 🙂 at Hampstead Heath sent me. He told me how they blackmailed him without even telling him who he was supposed to have met up there in the dark, and some other horrific details of his ordeal, poor bastard It had a ghastly effect on him, and as no one gives a shit about celebs I thought his evidence might be of more use. Plus, being totally honest, I couldnt help wanting to let the world know that portly pensioners are not to my taste. Even in the dark 🙂

I feel great these days, clean as a whistle, and with almost a complete album ready to go, this year is going to be a good one i think. Would make a lovely change. I hope you and your family are well, was lovely to meet them.

That was four years ago. The album never materialised.