Forty years on, the directors fatherhood freakout has lost none of its horrific power 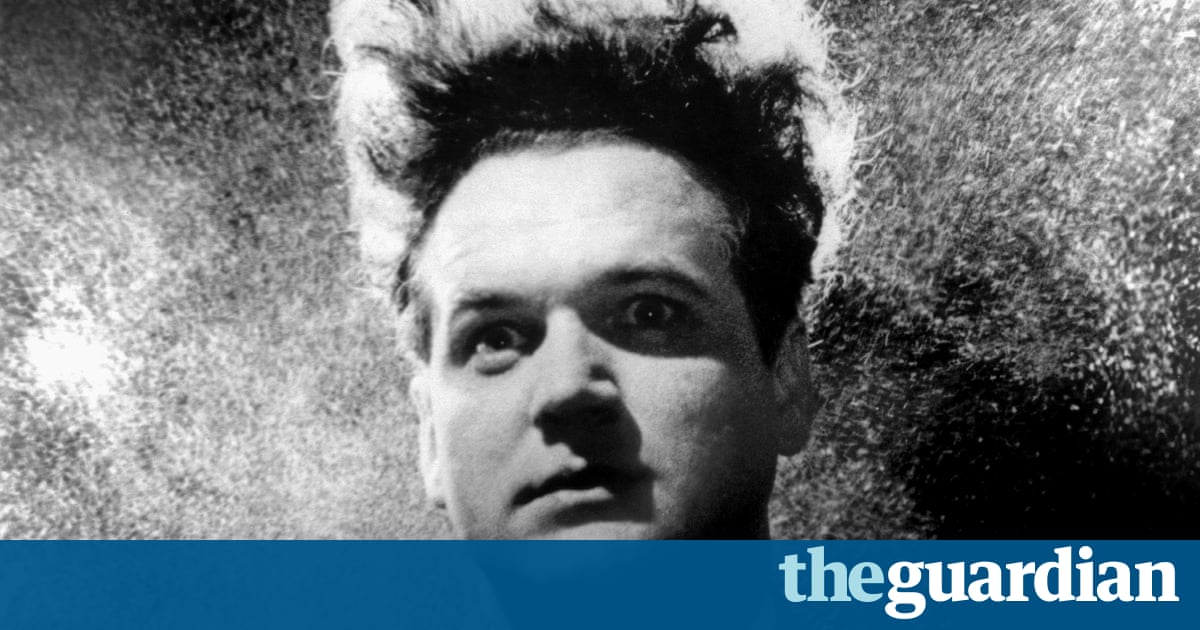 On 19 March 1977, the world changed, after which there was a long uncomfortable silence. The occasion was the first public screening of Eraserhead, the feature debut of David Lynch, at the Filmex festival in Los Angeles. It was not a hot ticket. The film arrived with little advance publicity at the only festival to accept it. The screening took place at midnight, drawing a modest crowd who dutifully watched for the next two hours (the film was then longer than the 89 minutes it became). When it ended: nothing. But no one left either. Just silence. Then, finally, applause.

Lynch was barely into his 30s, still a way off from the master surrealist with the silver quiff who created Twin Peaks. And it hadnt yet become apparent that this was how everyone would react to Eraserhead. You wonder exactly how many people since have been left mute after their first encounter with Jack Nance and his socket-finger hair, cast as luckless new father Henry.

Actually, forget about first encounters. The thing about Eraserhead is that it never gets less disturbing, never loses the sense of a small but indelible psychic trauma. A dream of dark and troubling things, Lynch called it, and it was and is, a film people view as a demarcator. There is life before you see it, and life after. (I was 14 the first time, which takes some getting over.) You used to be able to get a lapel badge: Eraserhead, it said simply. I saw it.

And now its 40. Fans will have seen stills of a faintly shaggy Lynch on set, but show the black and white film to someone with no prior knowledge of it God help them and when would they guess it was made? 1960? 1931? Last Tuesday? While its near-contemporary in urban paranoia, Taxi Driver, doubles as an archive record of New York in the filthy heatwave 70s, Eraserhead is a slideshow of nothing but the brain of David Lynch.

But once you have it in a timeline, you see the shadow it casts over the future (an irony for a film about the terror of procreation). There is a popular version of events about what happened to American movies in the 70s, where a lost Eden of mavericks is crushed by the triumph of Star Wars (which premiered just weeks after Filmex). But that narrative too quickly forgets the parallel history of Eraserhead, the scores of no-budget kids with cameras it gave permission to be strange, the new audience it brought to the cinema, how it broke out beyond the cinema anyway.

The famous poster image of a dumbstruck Nance became a subcultural bat signal a wink between oddballs when seen on a T-shirt or a million Xeroxed flyers plugging the movie and/or all manner of nightlife. Despite the only music in the film being a snatch of Fats Waller and the sugared wheeze of In Heaven (Lady in the Radiator Song), the film had a sense of cracked alienation that meshed with the weirder end of punk. Maybe it was fate that after five penniless years in the making, it finally emerged in much the same moment as Ramones and Talking Heads. New wave subversives Devo asked Lynch for permission to play In Heaven live. Eventually, the soundtrack was released like a practical joke, mostly clanks and rumbles on the label Alternative Tentacles, run by hardcore band Dead Kennedys.

Of course, traces of it worked their way into other peoples films and the bloodstream of movie history. Lynch was reportedly irked enough by the homage paid by Alien to the Eraserhead baby to bear a grudge against designer HR Giger. Then there was The Shining. Before he started filming Eraserhead, Lynch screened the grand old Hollywood nightmare Sunset Boulevard as if summoning a spirit guide. Making The Shining, Stanley Kubrick announced Eraserhead was his favourite film and showed it to his cast and crew, to put them in the mood.

It made perfect sense. Both films, after all, were tales of infanticide. Eraserhead could feel like stonefaced comedy, blessed with the flawless timing of Nance (the film took place during what was meant to be Henrys vacation). But its darkness was dark indeed.

While Lynch talks of the film as a product of his art-student days in grimy Philadelphia, it was wholly shot in LA, and the menace of that city bubbles under it. Watching it can feel like a ghost story. The main location was Greystone Mansion, a Beverly Hills pile built by the oil tycoon Edward Doheny (later fictionalised as Daniel Plainview in There Will Be Blood). Doheny gave the place to his son Ned, who, in 1929, died in a guest bedroom in a murder-suicide that also killed his secretary Hugh Plunkett. Peter Ivers, the musician who cowrote In Heaven, was bludgeoned to death in his LA apartment in 1983. No arrest was made. In 1996, another unknown party struck Jack Nance during an argument at a Pasadena donut shop. He died the next day.

But Eraserhead is also a horror film because Henry spends it in horror. The cause, of course, was the baby. While Lynch denied it, his daughter Jennifer knew everyone assumed it was how hed seen her quite a thing to take through life. There was an epic scale to the fear: no humdrum new-dad ennui but a rolling freakout at sperm, sex, the lot. When the baby cries (mewls, really) it sounds like all our inner children bleating their unhappiness. And when Henry has dinner with the in-laws, we watch as he joins the dreadful beckoning loop of family life: turning into our parents over oozing mini chickens.

Simon
← Previous Story Reminder: Jeff Bezos is swimming in cash
Next Story → Since Having Kids My Little Pony Has Become My Life (And Thats OK)