Freezing conditions cause death and chaos across Europe 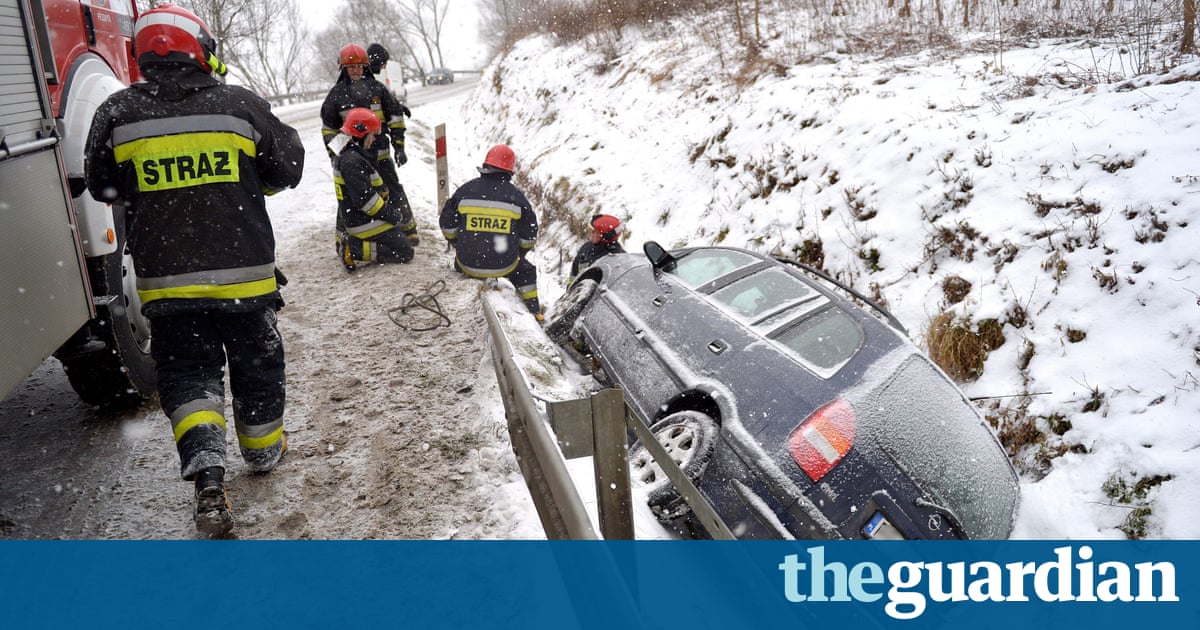 At least 10 people died in Poland including seven men on Friday, authorities said. A 51-year-old died when he was asphyxiated by carbon monoxide from a malfunctioning heater.

Temperatures in Poland dropped below -20C (-4F) on Saturday and an even colder night was forecast.

A man died on Saturday in Belgium when his truck slid off a highway.

In Italy sub-freezing temperatures were blamed for the deaths of half a dozen homeless people. Heavy snow and high winds resulted in rerouted flights, delayed ferries, cancelled trains and closed roads, media reported.

With no indication of a letup, some schools in southern Italy were ordered not to open on Monday because of as much as a metre of snow, the ANSA news agency reported. In Rome the fountains in St Peters Square froze overnight and dripped icicles instead.

Temperatures dropped to -7C in Greeces second largest city of Thessaloniki and a low of -10C was expected on Sunday, said the Norwegian Meteorological Institute.

Roads were closed temporarily across large swathes of northern Greece due to snow and ice.

Heavy snow crippled Istanbul and national carrier Turkish Airlines cancelled more than 650 flights. The state-run Anadolu news agency reported that the Bosporus Strait which runs through Istanbul and is one of Europes busiest shipping lanes was closed and ferry services halted.

Turkeys private Dogan news agency reported one of the main highways in Istanbul practically turned into a parking lot after drivers deserted their cars on Friday night to walk home rather than battle the gusting snow and slippery roads.

In northern Europe, where residents are accustomed to sub-zero temperatures and snowy winters, police in Denmark warned about icy and slippery roads after dozens of minor traffic accidents.

Temperatures in Latvia were forecast to drop to -30C late on Saturday, the Baltic News Agency said.

Simon
← Previous Story Finland trials basic income for unemployed
Next Story → From healthcare to the Iran deal: which of Obama’s policies will survive?