Cho Yoon-sun accused of helping target artists, writers and entertainers critical of President Park Geun-hye, who has since been impeached 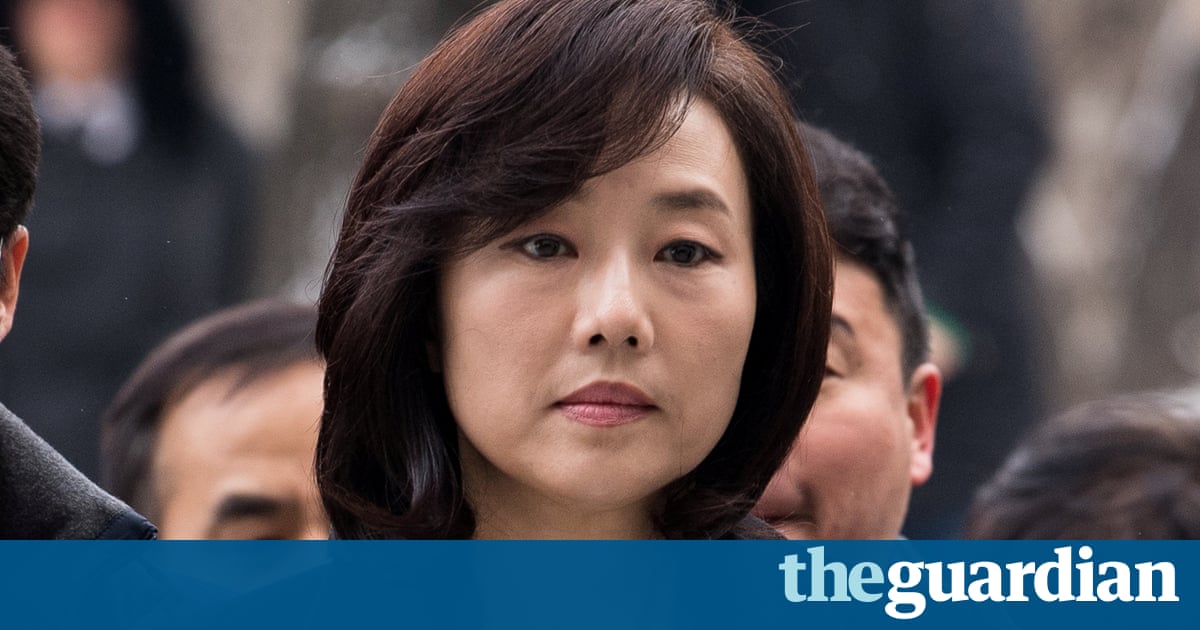 South Korean prosecutors have arrested the culture minister for suspected involvement in drawing up a blacklist of artists, writers and entertainers critical of President Park Geun-hye amid a graft scandal that led to Parks impeachment.

Cho Yoon-sun became the first sitting minister ever to be arrested, said the special prosecutors team investigating the scandal.

Cho had offered to quit, the Yonhap news agency reported, adding that the prime minister, Hwang Kyo-ahn, who is acting president while the constitutional court decides what happens to Park, would accept her resignation quickly.

South Korea has been gripped by crisis for months and Park could become the first democratically elected leader to be removed from office if her impeachment by parliament is upheld.

Seouls central district court said on Saturday that Cho was arrested because her crime had been verified and there were concerns over destruction of evidence.

The special prosecutors office on Wednesday asked the court to issue warrants to arrest Cho and a former presidential chief of staff on suspicion of abuse of power and perjury.

The former chief of staff, Kim Ki-choon, was also arrested.

The same court on Thursday refused to grant an arrest warrant for the head of Samsung Group, the countrys largest conglomerate, on charges of bribery, embezzlement and perjury amid the corruption scandal.

The reprieve for Jay Y Lee, 48, may only be temporary, as the prosecutors said they would pursue the case.

The prosecution team questioned Cho and Kim this week over allegations that they created the blacklist of actors, writers and other cultural figures considered critical of the current administration, which both have publicly denied.

Park has been accused by legal authorities and lawmakers of putting pressure on the entertainment industry in retaliation against satirical attacks and criticism. The allegations have evoked bad memories of the oppression suffered when Parks father, Park Chung-hee, ruled the country.

The presidential Blue House denies that such a blacklist exists. Cho has said many times that she has heard reports of such a list but had nothing to do with it.

Park was impeached by parliament in December after accusations that she colluded with long-time friend Choi Soon-sil to pressure big businesses to donate to two foundations set up to back the presidents policy initiatives.

Park, 64, remains in office but has been stripped of her powers while the constitutional court decides whether to uphold the impeachment.

The special prosecutors office said on Friday that it summoned Samsung Electronics Co executive vice-president Hwang Sung-soo for questioning. It did not elaborate.

Hwang is the fifth Samsung Group executive the prosecutor has summoned.

Samsung Electronics is the flagship company of Samsung Group and the worlds top manufacturer of smartphones, memory chips and flat-screen televisions.

The special prosecutors office is investigating whether the conglomerate paid bribes to Parks confidant, Choi Soon-sil, to win support from the National Pension Service for the 2015 merger of two Samsung Group affiliates.

Park and Choi have denied wrongdoing. Samsung has acknowledged making contributions to entities controlled by Choi but has denied accusations of lobbying to push through the merger.

In another scandal indirectly affecting South Korea, the United States has asked Seoul to arrest a brother of the former UN secretary general Ban Ki-moon on charges that he engaged in a bribery scheme to carry out the sale of a Vietnamese building complex.

Ban, who is ranked second in opinion polls among potential candidates for South Korean president, said in Seoul he knew nothing about the case but issued an apology for family members who had caused public concern.