From healthcare to the Iran deal: which of Obama’s policies will survive?

As Donald Trump prepares to take office, David Smith assesses the chances of each of Obamas achievements making it through the next administration 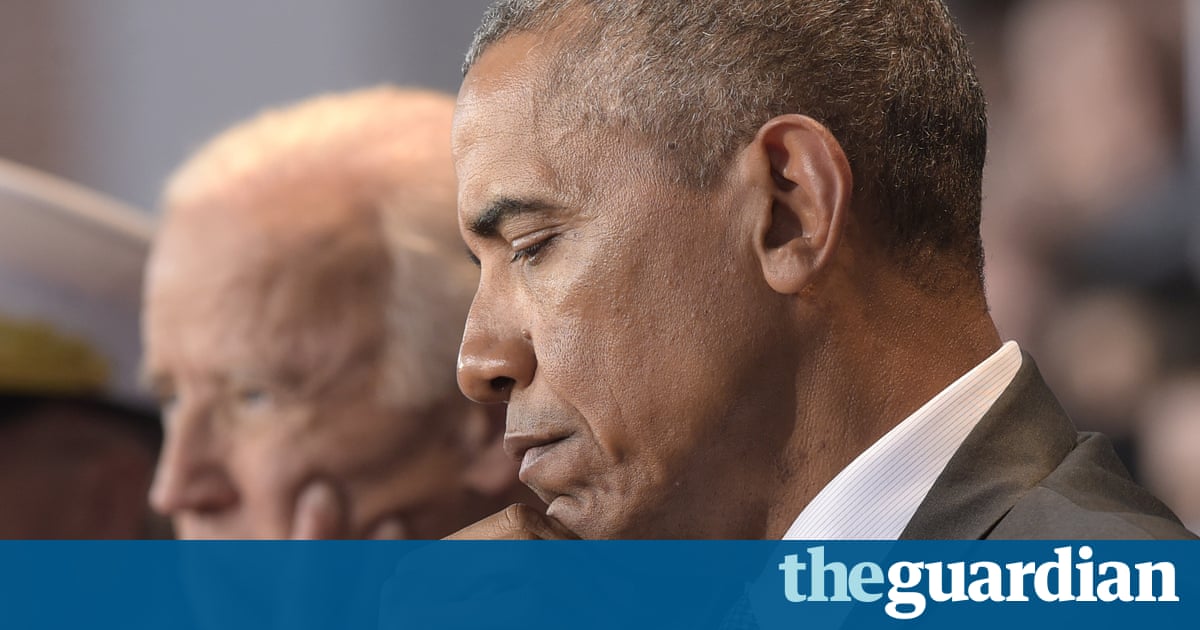 Barack Obamas legacy is likely to come under attack once the Trump administration takes power in Washington this month. Here are five key areas in which battle is set to be joined.

Obamas goal: vowed to reduce carbon emissions by 80% by 2050 and invest $150bn in energy-saving technologies. Delay is no longer an option, he said.

Trumps intentions: has vowed to pull out of the Paris agreement and dismissed climate change as a Chinese-concocted hoax. But the green energy industry is now a major employer and not easily reversed.

Obamas goal: in November 2008, he said: I believe marriage is between a man and a woman. I am not in favour of gay marriage.

Obamas achievement: the president evolved on the issue and became the first sitting president to endorse same-sex marriage, which in 2015 was affirmed by the supreme court as a constitutional right.

Trumps intentions: in November, the president-elect said he was fine with the courts opinion and called it settled. Trump has proclaimed himself a supporter of gay rights, although Republicans in Congress support legislation that would allow employers and business owners to discriminate.

Obamas goal: campaigned on a platform of universal health insurance.

Obamas achievement: the Affordable Care Act, the first US social safety net created in more than half a century, provided health insurance to 22 million people, though the system remains far from perfect.

Trumps intentions: repeal and replace Obamacare immediately, although what that replacement will be remains vague, suggesting some elements may remain. Democrats warn that a sudden change could produce chaos and leave up to 30 million people without insurance.

Obamas goal: prevent Iran obtaining a nuclear weapon, a scenario identified by the US and its allies as the number one threat to Middle East and global security.

Obamas achievement: despite opposition from Israel, the US reached an international agreement that saw Iran pour concrete into a reactor and ship most of its stockpile of low-enriched uranium abroad.

Trumps intentions: tear up what he referred to last week as the horrible Iran deal. But on Friday Bob Corker, the Republican chair of the Senate foreign relations committee, said the deal should be enforced more strictly, rather than dropped.

Obamas goal: prevent America from sinking into a Great Depression and halt the rise of unemployment.

Obamas achievement: stabilisation and recovery. The administration says it has added jobs for a record 75 consecutive months, bringing unemployment down to 4.7%. But the labour force participation rate the number of people in work or actively looking for it has reached a low unseen since the 1970s.