From Marilynne Robinson to Richard Ford, six writers in search of Trump’s America 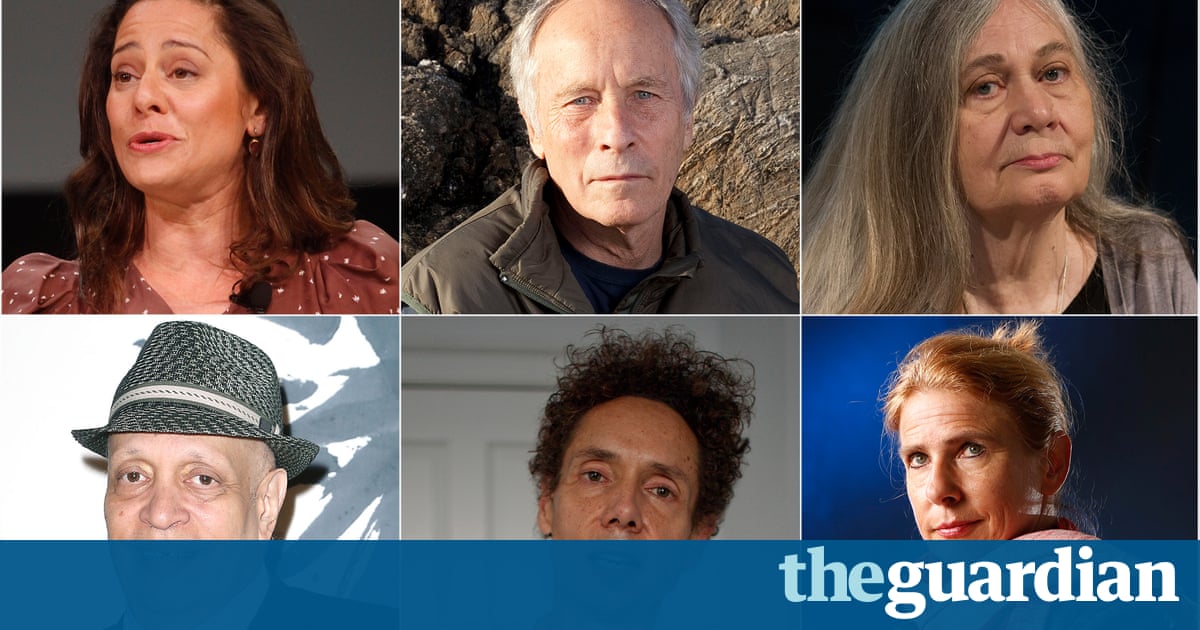 On the night of 8 November 2016, the United States, a mature republic of 241 summers, experienced a dreadful upset and fell into a condition that hovered between catatonia and hysteria.

On college campuses, young women were throwing up. Others were setting fire to things, or phoning their families in tears. Among distraught middle-class Democrats, there was a dramatic spike in psychotherapeutic appointments. Across New York City, a spontaneous graffito, Not My President, summarised the metropolitan mood.

As the tide of history slackened towards Christmas, the national response moved through the stages of grief: denial, anger, bargaining and depression. Come the new year, there has been the beginning of the fifth stage, acceptance. The end is nigh is the consensus, but not that nigh.

Besides, there are remedies. Americans know that, ever since Jefferson drafted the Declaration of Independence, theirs is a society constructed with strokes of the pen, in words. Their constitution is a work in progress, constantly rewritten, and the power of an idea is stronger than a demagogue with no ideology. American writers know this better than anyone.

As the unanticipated transition from Obama to Trump gathered momentum, I set out across the east coast to meet six authors Marilynne Robinson, Richard Ford, Walter Mosley, Ariel Levy, Malcolm Gladwell, and Lionel Shriver in search of a new society. Marilynne Robinson, author of Housekeeping and Gilead, is one of Obamas favourite writers. She understands Americas frontier instincts, and shes a Christian, which connects her to another part of the American dream. In conversation with her, the rewriting of America seems at once rational and practicable. Her articulate resilience suggests that the republic is probably not yet broken. In her company, the challenge of the new administration seems answered by the integrity, candour, and good humour of the American mind at its best. Talk to Robinson, and you can detect the beginnings of an opposition to Trump. She admits she has been galvanised by Americas crisis. Im frankly sort of glad that this bizarre thing has happened, she says. Trump has brought us to a state where we will have to do a lot of very basic thinking about how our society goes on from this point.

Robinson has been talking to her associates in the literary community. People have grown very fond of the first and fifth amendments, she reports. My friends say: This is on us. It will be important how we respond, and those who did not vote Republican must become the resistance.

Robinson believes in her fellow citizens. Meaningful democracy is based on the integrity of its individuals, she says, and theres still a basic integrity to this society. In conclusion, Robinsons faith in her country resounds loud and clear. People will try all kinds of things, and will recover a sense of possibility. The people are passionate. We have many resources. Our system is not broken.

Richard Ford lives further north, in snowy Maine, but many of his characters are from red-state America. Frank Bascombe, the protagonist of four novels beginning with The Sportswriter, might not have voted for Trump, but he would know plenty of middle-aged white males who did.

Ford is all-American. He hunts, he shoots, and hes an instinctive libertarian, passionate about words and ideas, and the freedoms they enshrine. Hes more pessimistic than Robinson, perhaps because he was wrongfooted by Novembers vote. I said Trump was an impossibility. The fact that I was so completely wrong has made me doubt what I understand about my country.

Ford concedes that we must blame ourselves. We are the citizens who did this. Our only response is to fall back on our sense of citizenship. But while there is cause for some optimism in the institutions of government, he is not complacent: This is a dark moment in American history.

Walter Mosley, of the same generation, grew up in Los Angeles. His father was black, his mother Jewish, and he came of age in the Watts riots of 1965. An acclaimed crime writer, he sees Trumps election as a necessary misstep. Weve had the blue states on both coasts filled with liberals and progressives who have dismissed the midwest and southern states as stupid hicks for so long that these people finally said, I dont care who I vote for so long as its someone who has nothing to do with you guys. People in the red states felt ignored, and neglected. I can sympathise with, and respect, that protest.

Mosley is keeping a beady eye on the transition. Well have to see what Trump is going to do. If its bad enough, I wont be writing novels, Ill be talking and writing about it. Mosley is sanguine about Trumps trashy, undisciplined qualities. From my perspective, he told me, weve had a lot of bad presidents. Having dismissed JFK, Reagan and two Bushes, hes still inclined to look on the bright side. Theres so much potential here now, he says. Especially now the progressives realise that they will have to do something to have the world that they want, to make America better.

Ariel Levy, feminist intellectual and author of Female Chauvinist Pigs, echoes this sentiment. She says: Hillary would have been a great president, but people have had it with elites. Where do I go now? Thats my challenge. Levy still has a voice. We can still do what we do, and keep writing. A free press is essential. Youd have to be a weird, inanimate lump not to be affected by Trump. Theres nothing that he does not touch. This is our world now, and its going to energise us.

If theres one writer in tune with the zeitgeist, its Lionel Shriver whose high-school massacre novel, We Need to Talk About Kevin, nailed much of contemporary America. Her dystopian imagination fathoms the darker parts of the US. Shriver, the perfect guide to this new New World, is revelling in the president-elects antics. Entertainment is the main thing Im getting out of Trump, she told me. This may not be a good thing, but Im going to enjoy it, in a sick way. Its such a spectacle. However, like many Americans she will respect him as her president. We cannot wish Trump ill, she instructs, because that would be to wish ourselves ill. I have every hope that well get through these four years, and that our system will survive.

What might sustain this resilience? A sense of humour is going to get us through better than indignation, she declares. People on the left are so puffed up with self-righteous outrage. Shriver has turned to Elmer Gantry for consolation, but shes discreet about connecting the book to the politician who became an obsession for its author, Sinclair Lewis: the southern demagogue Huey Long, who was assassinated in 1935.

In Greenwich Village the writer and journalist Malcolm Gladwell, bestselling author of The Tipping Point and Blink, shares Shrivers appetite for the potential mayhem of unrestrained Trumpism.Gladwell notes, provocatively, that under the rhetorical genius of Obama, writers lost their tongue. Now weve got our voice back, and its going to be a wild ride. Hes become nostalgic for his days as a reporter: I would do anything to have my old job on the Washington Post. This is the kind of situation you live for as a writer, moments of upheaval and confusion. As a reporter for the next four years, youre going to have the best time getting Washington to talk to you. Youre going to have fun. It will be open season during the Trump administration.

As inauguration day draws near, Gladwell makes a persuasive case for the limitations to Trumps power. Hes probably too lazy and undisciplined to usurp power. His first mistake has been to marginalise both African-Americans and Hispanics. Whites only is not a winning strategy. In the end he will cede vast areas to the Democrats.

During the week that the CIA and Trump have been at war over Russia, Gladwell also questions the wisdom of alienating the spooks. One thing you should never do is thumb your nose at the intelligence community. The CIA is not full of hapless boobs but intelligent people who have all the secrets, and will find a way to do you in.

Gladwell draws an intriguing historical parallel. The last true American bully we had was Joe McCarthy. For a number of years everyone went along with him, and he had enormous success in the short run. But people get sick of this kind of rhetorical strategy. Americas patience with Trumps vulgarity will be limited. Fundamentally decent people will long for a return to dignity. Thats what happened with McCarthy. Eventually someones going to stand up and say, Enough!

America Rewritten, by Robert McCrum, will be broadcast on Radio 4 at 9.45am from 16-20 January