People who fled after March 2011 nuclear meltdown face losing housing subsidies if they do not go back, despite radiation fears 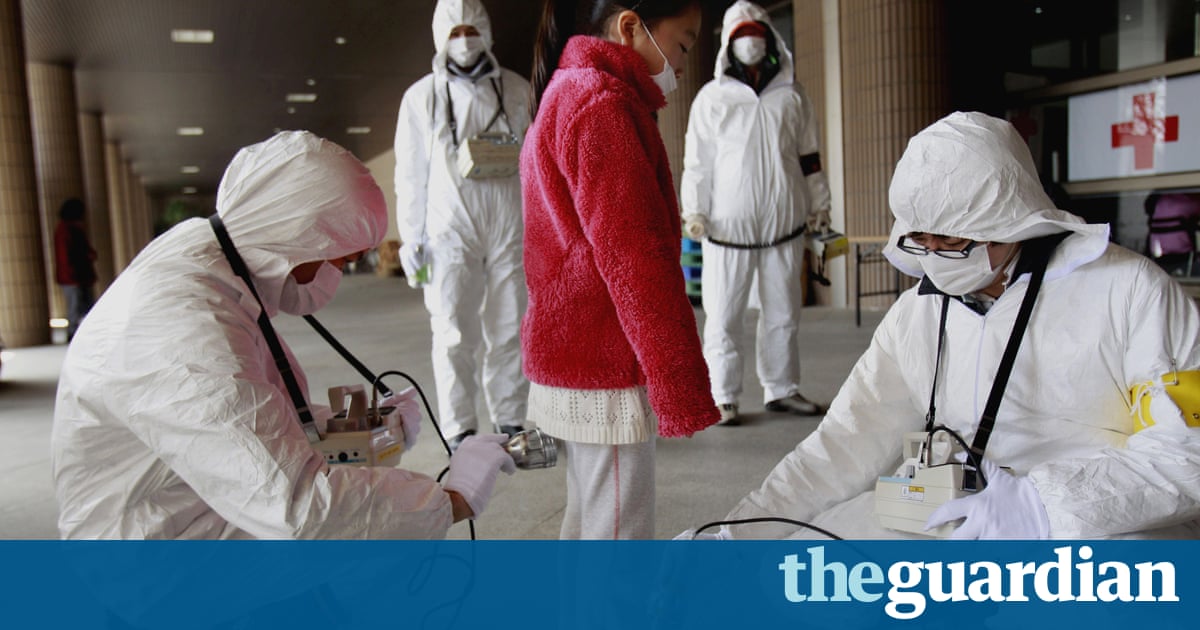 Thousands of people who fled the meltdown at the Fukushima Daiichi nuclear power plant six years ago have been told they must return to their homes or lose housing subsidies, despite lingering concerns over radiation in their former neighbourhoods.

The instruction, condemned by campaigners as a violation of the evacuees right to live in a safe environment, will affect an estimated 27,000 people who were not living inside the mandatory evacuation zone imposed after Fukushima became the scene of the worst nuclear accident in Japanese history.

The meltdown in three reactors occurred after a magnitude-9 earthquake on 11 March 2011 triggered a powerful tsunami that killed almost 19,000 people along Japans north-east coast and knocked out the plants backup cooling system.

As a voluntary evacuee, Noriko Matsumoto is among those who will have their subsidies withdrawn at the end of this month, forcing them to make a near-impossible choice: move back to homes they believe are unsafe, or face financial hardship as they struggle on living in nuclear limbo.

Many of the other evacuees I know are in the same position, Matsumoto said at the launch of Unequal Impact, a Greenpeace Japan report on human rights abuses affecting women and children among the 160,000 people who initially fled from areas near the plant. As of last month, almost 80,000 were still displaced.

Matsumoto said: They would still have to contend with high radiation if they returned, but the government is forcing them to go back by withdrawing housing assistance thats tantamount to a crime.

At the time of the incident, Matsumoto was living with her husband and their two daughters in the city of Koriyama, 43 miles (70km) west of the stricken facility, well outside the area where tens of thousands of people were ordered to leave.

Matsumoto initially stayed put, but three months later, with her youngest daughter, then aged 12, having nosebleeds, stomach ache and diarrhoea, she left her husband behind and took their children to Kanagawa prefecture, more than 150 miles south of Fukushima.

She said: The government is playing down the effects of radiation exposure Yet people who dont return to places like Koriyama after this month will be left to fend for themselves. They will become internally displaced people. We feel like weve been abandoned by our government.

Many of the people who left their homes of their own volition after the triple meltdown were mothers and their young children, who experts say face greater risks to their health from prolonged exposure to relatively low levels of radiation.

The voluntary evacuations have forced families to live apart, while parents struggle to earn enough money to fund their new accommodation and keep up mortgage payments on their abandoned homes.

Kazuko Ito, a lawyer and the secretary general of Tokyo-based NGO Human Rights Now, said: The government has a responsibility to protect the human rights of evacuees, but it doesnt not recognise this obligation. Instead, it downplays the health impact of the accident, especially the dangers associated with long-term radiation exposure.

In an arrangement repeated among thousands of other Fukushima families, Matsumotos husband decided to stay in Koriyama, a city of 330,000 people that was never subject to an evacuation order, and run their restaurant, rather than risk becoming unemployed by joining his wife and children in Kanagawa. The high cost of travel means the family gets together once every two months.

The housing subsidy for households of two or more people from Matsumotos neighbourhood is typically 90,000 yen (640) a month, according to local officials, who say some households will receive smaller sums after the subsidy is withdrawn.

Matsumoto said: The nuclear accident is to blame for this situation, yet its been turned around to make it look like its our fault, like we are being selfish.

Residents who were not living in the mandatory evacuation zone when they fled have been campaigning to retain housing subsidies, in a challenge to the authorities attempts to convince more evacuees that some neighbourhoods have been properly decontaminated.

Campaigners have called on the government to declare Fukushima neighbourhoods unfit for human habitation unless atmospheric radiation is brought to below one millisievert (mSv) a year, the maximum public exposure limit recommended by the International Commission on Radiological Protection.

While 1 mSv a year remains the governments long-term target, it is encouraging people to return to areas where radiation levels are below 20 mSv a year, an annual exposure limit that, internationally, applies to nuclear power plant workers.

Matsumoto said the unprecedented decontamination effort in Fukushima had brought radiation levels in and around her home to below government-set limits, but insisted that children were still at risk from hotspots in places such as parks and forests. Those areas have not been decontaminated, she said. Its true that atmospheric radiation has been lowered, but thats not the case on the ground and in the soil.

At the end of this month, evacuation orders will be lifted in four more towns and villages near Fukushima Daiichi, with only those closest to the plant, where radiation is more than 50 mSv a year, still off-limits.