Rape survivor and actress in Parkers The Birth of a Nation, says learning about directors past left her in a state of stomach-churning confusion 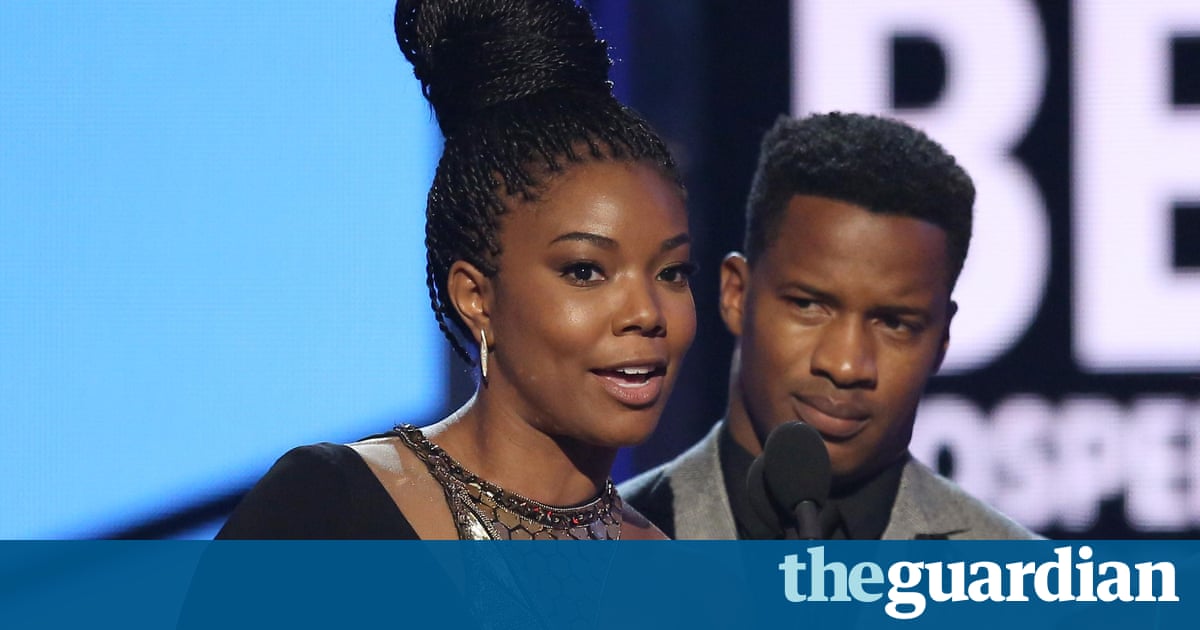 As a rape survivor, victims advocate and an actress in The Birth of a Nation, Gabrielle Union has found herself in an impossible position. Union recently, along with the much of the world, learned that her films director, writer, producer and star, Nate Parker, was accused and acquitted of rape 17 years ago.

She collected her thoughts in a nuanced opinion piece for the Los Angeles Times on Friday, writing that while she cannot take the matter lightly, the film also addresses and raises important questions about this very matter.

Its also the latest high-profile complication for a film that just a month ago was presumed to be one of the years most vital a powerful awards contender and a possible antidote for the #OscarsSoWhite Hollywood diversity crisis.

Yet the film, which fetched a record acquisition price at the Sundance Film Festival in January, is now in the shadow of persistent controversy just weeks away from its 7 October release.

In the film, about Nat Turners 1831 slave rebellion, Unions character is raped, though its not depicted on screen. Its why the actress took the part, she writes. She wanted to give voice to women of history, especially black women, who have for so long been silenced on the matter.

I knew I could walk out of our movie and speak to the audience about what it feels like to be a survivor, Union wrote.

Union, who was raped at gunpoint in the backroom of a Payless shoe store 24 years ago, says shes been in a state of stomach-churning confusion since learning of Parkers 1999 rape case.

As important and ground-breaking as this film is, I cannot take these allegations lightly, she wrote.

The rape case came while Parker was a student and wrestler at Penn State University. Parker was acquitted, though his college roommate Jean Celestin (who co-wrote The Birth of a Nation) was initially found guilty of sexual assault. That conviction was later overturned when the accuser declined to testify for a trial.

The case garnered a lot of attention at Penn State. Parker and Celestin allegedly harassed the accuser on campus. The incident spawned a civil lawsuit by the woman against the college, with a settlement of $17,500.

The recently renewed focus on the case also brought to light the fact the accuser committed suicide in 2012, which Parker, now married with five daughters, learned about from media reports. He wrote on his Facebook page that he was filled with profound sorrow and regretted that he didnt show enough empathy. Parker also recently spoke to Ebony magazine about how hes taking steps to grow and educate himself.

It remains unclear how all this might affect the release of the film, its public perception or even its awards chances. Distributor Fox Searchlight is proceeding with the October release and will still take the film, and Parker, to the Toronto International Film Festival this month. But things look very different from just a month ago when Parker was happily accepting a Sundance Vanguard Award and taking meetings in the White House.

Unions op-ed is certainly bad news for Searchlight, in that it keeps the focus firmly on this issue going into Toronto, said David Poland, the editor in chief of MovieCityNews.com and a longtime industry observer. I cant say that the film wont do business. It might. But half of what it might have. And its awards prospects are on their death bed.

Yet Poland says one positive is that Union hasnt quit on the film or its promotion. Thats an implicit endorsement of Nate and the film, though with clear reservations, he said. That the rest of the cast will stick with the film at TIFF is also critical for Searchlight, which is holding on by its fingertips on this.

Union, for her part, says that she has read the 700 pages of court transcript from the case and doesnt know for sure what happened that night.

Instead of speculating on guilt or innocence, Union is using the platform to advocate for education and conversation on the topic of rape, consent and aggression, something she is also trying to do at home with her young son.

I believe that the film is an opportunity to inform and educate so that these situations cease to occur, Union wrote. Sexual violence happens more often than anyone can imagine. And if the stories around this film do not prove and emphasize this, then I dont know what does. It is my hope that we can use this as an opportunity to look within.

Representatives for Fox Searchlight and Parker did not immediately respond to requests for comment.