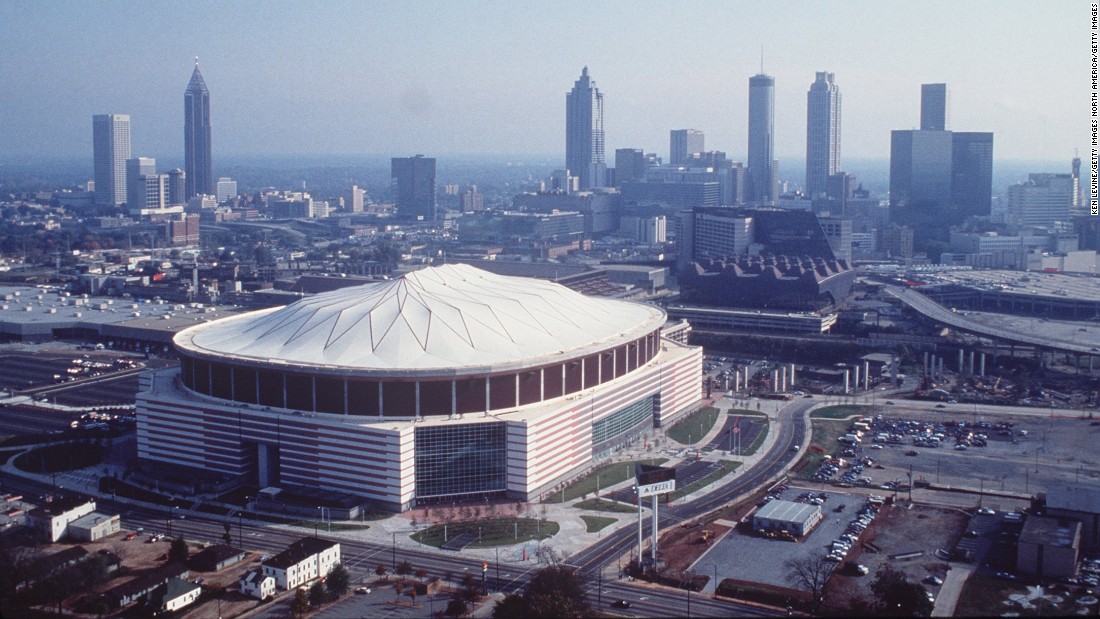 (CNN)The NFC Championship Game between the Green Bay Packers and Atlanta Falcons is Sunday at 3:05 p.m. ET, and the noise level from football fans at the Georgia Dome likely will be at an all-time high.

It also will be the last time for Falcons fans to make that noise in the stadium.
After 25 years, the Falcons will say goodbye to the Georgia Dome, and the building’s final NFL game is a big one. The winner advances to Super Bowl LI in Houston.
“We couldn’t have been more excited to have officially the last game at the Dome,” Falcons head coach Dan Quinn said earlier this week. “Man, are we pumped to be a part of that.”
The Georgia Dome, which is the only facility in the world to host the Olympics, Super Bowl and Final Four, will be replaced by the new Mercedes-Benz Stadium, which is under construction next door.
The Georgia Dome’s final event — Monster Jam — is scheduled for March 5. Later this year, the building will be demolished. In its place, current plans are for a surface parking lot and green space.
What will remain is a spot jam-packed full of memories.

Major events and a natural disaster

The Georgia Dome opened in 1992, and it’s been the site of several moments in sports history.
It’s been the home of the Falcons, Georgia State University football, the annual Peach Bowl and the Southeastern Conference Football Championship. It also temporarily was the home court for the NBA’s Atlanta Hawks in the late 1990s while nearby Philips Arena was being built.
The stadium housed two Super Bowls. In 1994, the Buffalo Bills fell to the Dallas Cowboys in Super Bowl XXVIII, losing their fourth consecutive title game. Super Bowl XXXIV in 2000 had a dramatic finish, in which Tennessee Titans wide receiver Kevin Dyson was tackled just short of the goal line, giving the St. Louis Rams the victory.
One of the most iconic moments in US Olympic history took place at the Georgia Dome in 1996 when an injured Kerri Strug, later diagnosed with torn ligaments in her ankle, courageously nailed her second vault to help the American women win gymnastics team gold for the first time. The 1996 Dream Team won gold in men’s basketball, while the American women’s basketball team won gold as well.
The Georgia Dome hosted three NCAA men’s Final Fours, with Maryland (2002), Florida (2007) and Louisville (2013) winning those national championships. It also was the host for the 2003 NCAA women’s Final Four, with Connecticut winning the title. 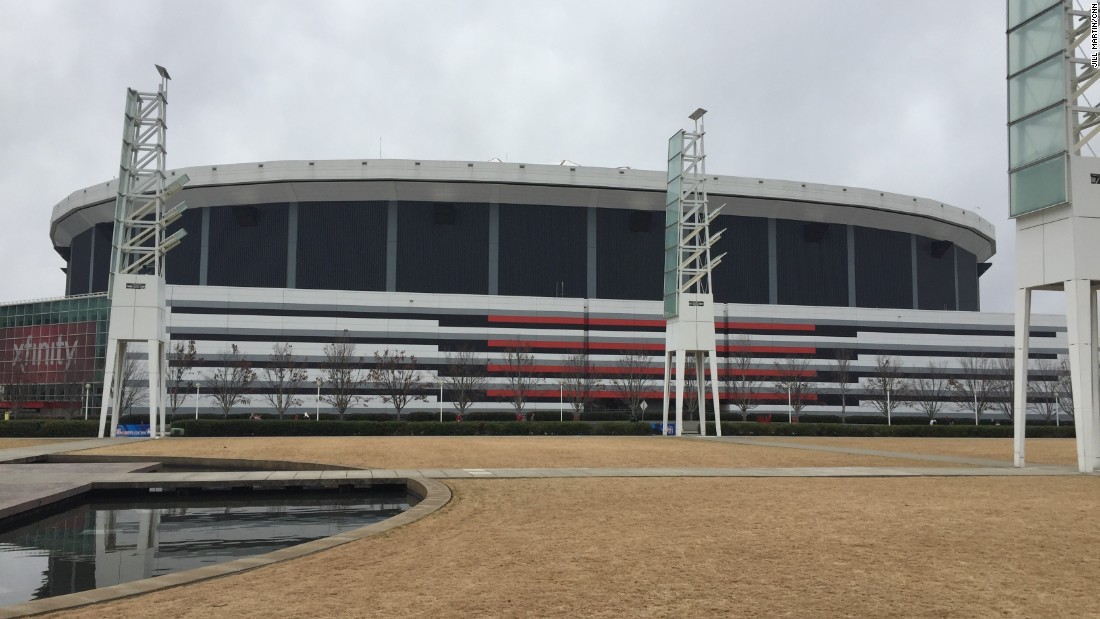 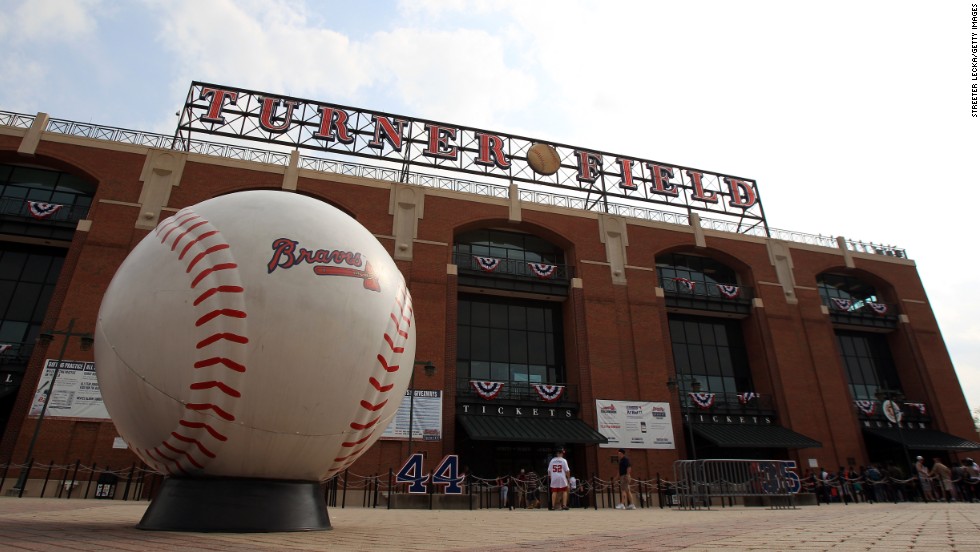 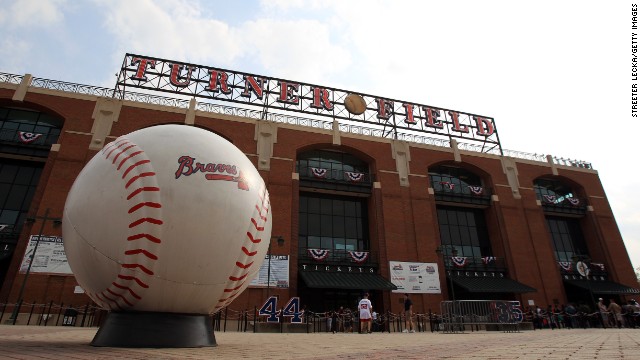 There also are personal memories for CNN’s Coy Wire, who played three years for the Falcons. Wire’s final game of his NFL career was at the Georgia Dome on January 15, 2011, when Atlanta lost to the Packers in the divisional round. Several of his former teammates still play for the Falcons, and he says they know a win means more than a Super Bowl berth.
“They’re also cognizant of the fact this is the last game to be played in the Georgia Dome, and that’s important to them as well,” Wire said. “They know what a win there under these circumstances would mean, not just to the organization, but to this city. They’re well aware of that, and it’s certainly adding to the motivation that they already have for this moment.”

The Georgia Dome wasn’t the original home for the Falcons — the team played at Atlanta-Fulton County Stadium from 1966-1991 — but it has seen the most success.
Atlanta had 10 winning seasons and reached the playoffs nine times at the Georgia Dome. At Atlanta-Fulton County Stadium, which was demolished in 1997 and is now a parking lot, the Falcons reached the playoffs just four times and had six winning seasons.
The Georgia Dome’s NFL playoff history started on January 9, 1999, when the Falcons defeated the San Francisco 49ers 20-18 in the divisional playoff round. Atlanta would go on to advance to its only Super Bowl, losing to the Denver Broncos in Super Bowl XXXIII.
Atlanta hosted the NFC Championship Game in 2013. But the home team missed out on reaching Super Bowl XLVII, with the Falcons losing to the 49ers, 28-24.
Last week, the Falcons, seeded No. 2 in the NFC, defeated the Seattle Seahawks 36-20 in the divisional round. When the top-seeded Dallas Cowboys were upset by the Packers a day later, that shifted the road to Super Bowl LI to go through Atlanta.
At the place that’s been their home for the last quarter century, the Falcons could end their tenure in the Georgia Dome with a historic win.
“I think anybody who was in that environment last Saturday night, that’s the loudest I’ve ever heard the Dome,” Quinn said. “And I said, ‘All right, that fired me up to know that we’re going to bring the same energy they are.’ So for us to hear that, that pumped me up beyond belief to say that’s as loud as they heard it … If that’s as loud as it can get, there’s only one challenge out there then.
“We hope that same commitment is happening (Sunday). Can we turn it up again?”
Fans have that chance one more time.
Follow Jill Martin on Twitter

Simon
← Previous Story Australian Open 2017: Kyrgios called out for ‘bizarre’ performance
Next Story → Man Spots Two Red Foxes Perched On His Roof, Then Discovers The Clever Way They Got There