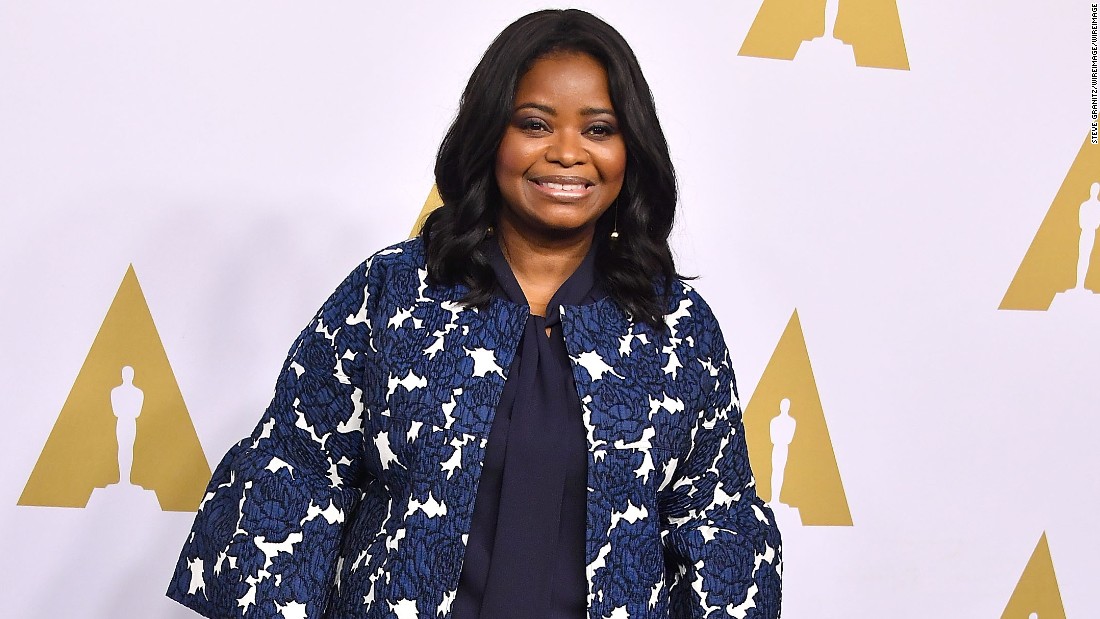 (CNN)“Hidden Figures” showcases the contributions of three women who were largely forgotten by history. And the movie’s Oscar-nominated star Octavia Spencer is out to find some hidden figures of her own — but this time as a producer.

“I’m really drawn to stories that haven’t real been told,” the actress said in a sit-down with activist Gloria Steinem at the Makers conference, an annual gathering of female leaders in business, tech and entertainment. “But I also want the movies I produce to show a broader spectrum of the people in the world. I want to see all shapes and sizes, all ages, all religions because that’s what our society is comprised of.”
Spencer is currently developing a limited series about the Jonestown massacre for HBO. She’s teamed up with “Breaking Bad” producers Vince Gilligan and Michelle MacLaren for the project, based on a nonfiction book called “Raven: The Untold Story of Jim Jones and His People.”
The Oscar winner, who will vie for her second statue later this month, said jumping into the waters as a producer has been “terrifying” but said it’s a part she’s been waiting to play for quite a while.
“The role I’m destined to play is to be one of the greatest producers in Hollywood,” she said, earning loud applause from the crowd. “But it’s also quite terrifying. It’s terrifying because it’s a huge undertaking, but I want to be a conduit for storytellers.”
Spencer added: “I choose things that touch me or resonate within my heart, and that’s what I want to put out into the world — things that will inspire, things that will educate but also allow for some escapism because God knows we need some right now.”
Spencer is nominated in the best supporting actress category for her role as Dorothy Vaughan, one of three female African American NASA employees whose stories are told in “Hidden Figures.”
The film has earned $119 million domestically since opening Christmas Day.
“I know I can get a job as an actor but can I really put a movie together to a project together? That’s what we’re learning now,” Spencer said.
Spencer teased that an announcement about another project she’s producing is forthcoming, but she was mum on the details.
The Makers Conference began Monday and runs through February 8.
A video of former Democratic presidential nominee Hillary Clinton kicked off the opening night panel.
In the video, Clinton lauded the Women’s March that “galvanized people all over our country and across the world,” and encouraged attendees to “be bold.”
“We need strong women to step up and speak out. We need you to dare greatly and lead boldly,” she said. “So, please, set an example for every women and girl out there who’s worried about what the future holds and wonders whether our rights, opportunities and values will endure.”
She added: “And remember, you are the heroes and history makers, the glass ceiling breakers of the future. As I’ve said before, I’ll say again, never doubt that you are valuable and powerful and deserving of every chance and opportunity in the world.”

Simon
← Previous Story The name on everyone’s lips: Donald Trump
Next Story → Celine Dion Had The Best Reaction To One Of Her Fans Getting Engaged