Growing up with a difficult parent can be crushing. Is it possible to recover? Absolutely say the founders of a new website that helps people move on 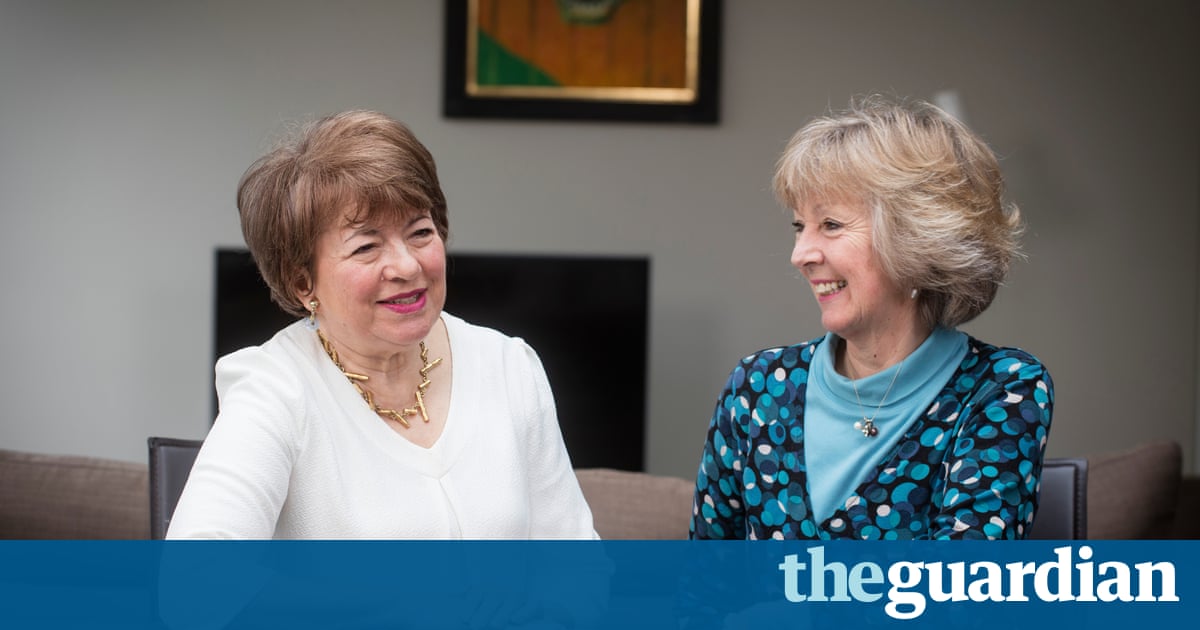 Theres no such thing as a perfect parent all of us who have children understand that, and we all buy, gratefully, into the concept of good enough. But is there such a thing as horrid parenting? Do mothers and fathers exist whose aim in life is to crush the children they brought into the world, whatever it takes?

The psychologist Alyson Corner and journalist Angela Levin believe there is. They have launched a website, myhorridparent.com, to help the victims ie offspring of these individuals to survive, so they can move on with their own lives and, eventually, become good parents themselves. The idea for the site came, says Alyson, from her realisation as a therapist that there were parents she saw in clinical situations who seemed determined to put their child or children down to diminish them, to rubbish them and she started to think about how she could support them. The first time it hit me was when a mother told me her toddler was exactly like his father, who was physically abusive. She was saying he was aggressive and angry; and I could see how that attitude was going to make the little boys life difficult.

So wheres the line between being good enough, and being horrid? Almost every parent can think of something they have done in haste and regretted later, says Alyson. But the crucial difference is that you apologise; the capacity to stand back, to recogniseyou have made a mistake, and to say sorry, is key. Horrid parents dont do this because they havent done what is the top requirement of good enough parenting, which is to put theirchild at No 1 on their priority list. For them, someone or something else is No 1 it might be themselves (narcissistic parents) or it might be an anger or obsession or need of theirown, that eclipses the needs of their child.

Sometimes, they say, all the children in a family are affected; at other times, one child is singled out for this treatment, by one or both parents. And the damage these parents do can be insidious: while some bad-mouth their children, others camouflage their true feelings by praising their offspring in front of others. The gap between how these parents behave in public and how they behave in private, can be considerable, says Alyson.

My bugbear with the website, though, is this: why trivialise something as fundamentally dysfunctional as bad parenting; and, more importantly, why create a forum that demonises parents, when surely the first ambition should be to get them to change their behaviour and become all any of us can ever hope to be, ie good enough? Alyson says that demonising parents isnt the intention: the point, she says, is to target teens and young adults, and the concept of horrid parents, linking to Horrid Henry, seemed a good way in. Angela, though, says she doesnt think horrid is such a bad word to use; people who have been the victims of bad parenting understand exactly what she and Alyson are talking about, she says, and she is one of those victims.

The website has been built not just on Angelas clinical observations but also her experience: her childhood, she says, was made miserable by her late mother, Florence, who was charming in company but cruel to her only child in private. For decades, says Angela, she kept her mothers cruelty to herself; and she believes there are others out there who suffer in silence from cruel parents, because to denounce them even to friends is taboo.

Angela has no explanation as to why her mother constantly put her down, telling her daughter she had never given her a moments pleasure and saying she should have called her Devil instead of Angela. She would turn, suddenly and instantly and painfully; she was completely unpredictable, and I never had a single intimate or personal conversation with her, she says. Alyson agrees that its often impossible to know what has caused the inability to parent adequately. With some people, she says, it may be because of mental health problems; with others it might be to do with the pregnancy having been accidental, with having had a bad relationship with the childs other parent, or any number of other unresolved issues from the past.

But the ambition of the website, she says, is about looking forward; because people who have been on the receiving end of bad parenting need to move on with their own lives, and may need help to do it. The saddest thing we hear is from people who say: I had such a difficult time with my own parents that I dont dare risk becoming a parent myself, says Alyson. From many others, we hear about very raw experiences, even years later, and people hold grudges and feel they cant move away from the legacy of being badly parented.

The bottom line, says Alyson, is this: none of us can change our parents behaviour, just as we cant change the behaviour of anyone else in our lives; but we can change things in our own life. We suggest that, if youre still young and still living at home, you try to take yourself out of the situation where you have rows with your parents. A lot of people who have been in touch since the launch of the website have described a situation in which theyre no longer in touch with a difficult parent but she wouldnt recommend that as a way forward: I often hear from people who have cut themselves off from their parent or parents, but that tends to make you feel very guilty. My advice would be to keep the relationship going if at all possible. When youve got a partner in your life, take that person with you when you visit your parents, because you need their support.

Angela, who is married with three children and has had a successful career as a journalist, says much of her life has been lived out in response to the difficulties she always had with her mother. When my mother was elderly and had dementia, I visited her every week. And people who knew us thought I was mad; but I did it because the last thing I wanted was to be like her. I wanted to behave properly, and I always have wanted that.

And that, says Alyson, is the real point here: she and Angela hope their website will offer hope to people who have difficult parents; hope that they will come through; hope that they will eventually be able to accept or even perhaps forgive their parents; hope that they will be able to live their lives relatively unscathed; and hope that they will be able to go on to be better parents to their own children. Were convinced there are positives as well as negatives from being in this situation, says Alyson. Having a difficult parent can instil a powerful need to prove yourself; and it can give you strategies for dealing with tough situations and friction in the rest of your life. Angela agrees: I can spot bullying a mile off: I vowed that no one would ever talk to me again the way my mother did. And Im very aware of the characteristics in me that could make me like my mother I make sure Im not like her. You can choose to be something else.

How to survive a difficult parent

1. Stay calm. When a horrid parent starts criticising you it can be frightening and infuriating. Taking a strong line wont help. Instead, prepare yourself by practising ways of staying calm and controlled in a challenging situation. We recommend slow, mindful breathing or meditation. These will help you take soothing breaths when you are being shouted at and help release tense feelings. If you are being brutally criticised, try silently replacing your parents negative comments with something more realistic and positive.

2. Learn to accept your situation. Its often hard to know what mood your horrid parent might be in and you can feel you are treading on eggshells. Some days might be OK, others can be dreadful, with shouting and unfair accusations. Working out your life story can help make some sense of what is happening. It might even enable you to work out why your parent behaves as they do.

3. Dont retaliate. Arguing back will only make things worse. It will fuel the row, which will last longer, leave you feeling awful and it will not change anything. Instead, work out simple ways of easing the situation. Offer to make a cup of tea, talk with a soft voice and avoid direct eye contact. If, at any stage in your life, you feel tempted to challenge your unkind parent or seek revenge, remember that you cant win and the chance of achieving anything positive is minute. Nor do you want to behave like them. Let the past fade, dont hold on to grudges, keep your distance and instead concentrate on becoming a better person yourself.

4. Look to your future with hope. You can become the person you want to be in every area of life, with or without your horrid parents approval. Its understandable to worry about trusting people, so take things slowly. Dont get involved with someone who is like your horrid parent or because they are an escape route. You may alsobeen concerned about turning into your difficult parent once you have children. Its unlikely if from the start you give your baby loving attention, encouragement and praise. Do remember too, children exist in their own right.

5. Believe in yourself. Dont believe that you are the bad person your parent claims you are. Make a list of your qualities and abilities and aim to be the best you can in everything that you do, at work and with your friends. If you tend to be self-critical, tell yourself that everyone makes mistakes and the important thing is to learn from them and do better next time.

6. Talk to someone you trust. Living with a difficult parent can be very isolating. You may not have siblings to confide in and your friends may get on well enough with their parents. You may feel disloyal talking about your situation and feel you are in some way to blame for their behaviour. Do test out friends before you confide in them. Or, depending on your age, you could try talking things over, carefully at first, with a sympathetic teacher, older relative you can trust, or your partner.

7. Look after yourself. Most things in life seem worse when you dont take care of yourself. Eating healthily, exercising and getting a good nights sleep will all make you feel better and stronger. Give yourself the occasional simple treat: for example, a long soak in the bath, curling up with a good book, or going out with a friend.