How populism could shake up Europe: A visual guide 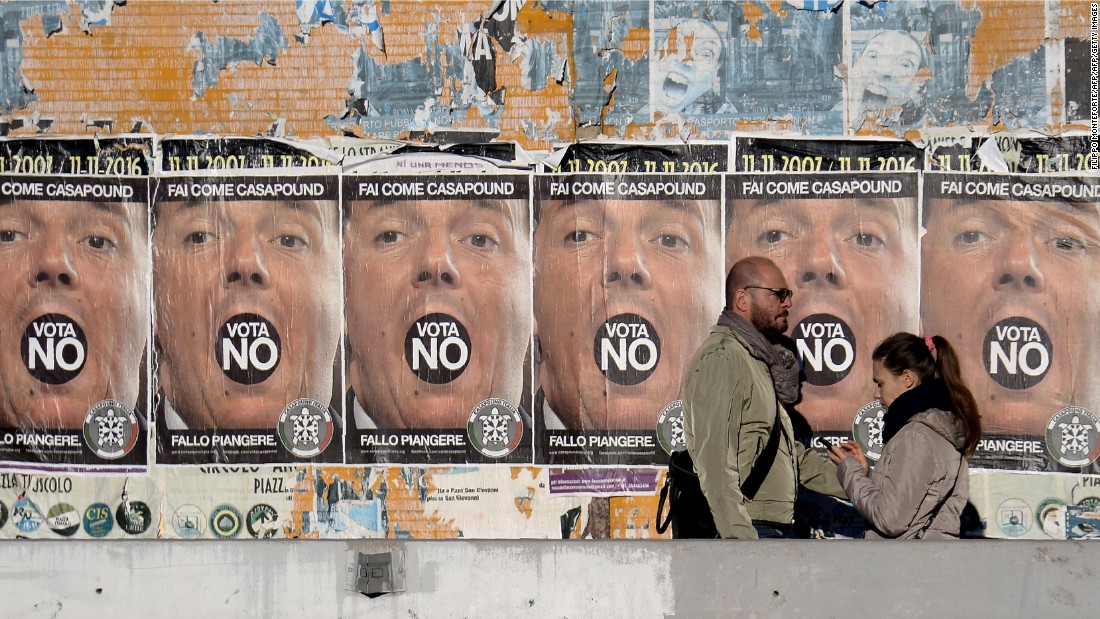 (CNN)Energized by President-elect Donald Trump’s victory, Europe’s populist movements are on the cusp of sweeping far-right, nationalist and euroskeptic parties into power across the continent in a series of upcoming elections.

Once consigned to the fringes of the political scene, these parties now legitimately stand front and center alongside their more traditional counterparts.
Here’s a look at the key European countries facing a political overhaul — and how they got there.

Italy is well-known for its fluid political spectrum, having seen a number of populist parties come and go over the years. With the referendum now serving as a de facto vote of confidence in Prime Minister Matteo Renzi, the result could have a knock-on effect on the country’s ever-changing political landscape.
Italians head to the polls on December 4 to cast their ballot on a string of sweeping constitutional reforms, which Renzi says will help revive the country’s lethargic economy.
Leaving the European Union is not on the table as part of the changes.
However, it is one of the referendums voters think will act as a litmus test of the rising wave of populism spreading in Europe. A “yes” vote would drastically reduce the power of the Senate and allow regional lawmakers, not constituents, to pick the senators who serve.
A “no” vote could spur elections after the PM made a high-stakes pledge to stand down should the reforms he championed fail. This could pave the way for the far-right group Northern League and the radically populist Five Star Movement, led by Italian comedian Beppe Grillo to make gains.
First Brexit, then Trump, now Italy faces its political shockwave

Austria could elect the EU’s first far-right leader since WWII when it picks its next president on the same day as Italy’s critical constitutional reforms ballot.
Norbert Hofer of the Freedom Party of Austria (FPO) is hoping to ride the populist wave to presidential power (albeit in a largely ceremonial role). The far-right refugee-blocking candidate has campaigned hard on the issue of migrants, calling for a complete end to immigration in a bid to preserve the country’s “ethnic culture.”
The migrant crisis reached a tipping point for many in 2015 when almost a million refugees crossed into Europe from the Balkans. At least 700,000 of them traveled via Austria.
Although the country has largely been a transit stop in the migrant journey, Austria received over 88,000 asylum applications last year.
The trendy young face of Austria’s far-right

The popularity of France’s National Front has soared in the wake of terrorist attacks and an influx of refugees fleeing Middle East unrest.
Marine Le Pen, leader since 2011, has tried to “detoxify” the party founded by her father Jean-Marie of its reputation for racism and xenophobia — and has seen its share of the vote rise to 27% in last year’s regional elections.
In a recent interview with CNN, Le Pen said that her party can cure France’s economic malaise; since the 2008 economic crisis unemployment has risen from 7.1% to around 10%, while almost a quarter of the nation’s youth is now out of work.
Economic growth in France, the eurozone’s second-largest economy, has also slowed in recent months to just 0.2% of GDP.
Le Pen is hoping that the recent rise in populist parties and politicians around Europe and the United States will continue in April and May 2017 when French voters go to the polls to elect a new president.
The National Front leader has utilized similar tactics to the US President-elect by tapping into frustrations of the French electorate and focusing on a more nationalistic agenda to sway voters to her corner. This week she vowed to oversee a return to France’s glory days, saying if she were in power, the country would be “nothing like you have seen in the last 30 years.”
French President Francois Hollande will not seek re-election

The United Kingdom Independence Party (UKIP) enjoyed a surge of support at the 2015 general election under the leadership of Nigel Farage.
Farage was one of the chief architects of the Brexit campaign for Britain to leave the European Union.
UKIP’s share of the vote was 12.6% behind the traditionally dominant Conservative and Labour parties.
The party finished second in 118 of the 650 parliamentary contests. However, it only gained one seat in the House of Commons because of the UK’s first-past-the-post system.
UKIP’s personal record of 3,881,099 votes came at a time when immigration into the country was at its highest rate since the turn of the century.
UKIP has become a major influence in the political scene, giving a voice to those frustrated with the perceived “Westminster elite.”
But recent infighting and Farage’s flirtations with the US President-elect have distracted a party which must now regroup under new leader Paul Nuttall
Can Europe survive the Trump effect?

German Chancellor Angela Merkel took a bold step by vowing to welcome one million refugees in 2015, and in 2016, she paid for it at the ballot box.
Formed in 2013, the anti-immigrant party Alternative for Germany (AfD) was initially galvanized into action by what it saw as Merkel’s bungled handling of the eurozone crisis — specifically the multiple Greek bailouts. However, since then the party has assumed a more nationalistic platform strongly opposing the influx of migrants.
AfD contributed to defeats for Merkel’s Christian Democratic Union in Berlin and her home state of Mecklenburg-Vorpommern during regional elections this year. Among the top issues for voters: rising rents, increasing gentrification and refugees.
With national elections due in the autumn of 2017, and following a poll suggesting that 82% of Germans were unhappywith her open door policy, Merkel admitted the country was not handling the influx as well as it should.
Opinion: Europe follow Trump to the right

Voters in the Netherlands are set to elect a new parliament in March 2017, when the anti-Muslim, anti-immigrant Party for Freedom (PVV) hopes to build on its strong showing in the past two elections.
Its leader, the flamboyant Geert Wilders, made his name internationally in 2008 with the provocative online film “Fitna,” which juxtaposed the aftermath of terrorist attacks with verses from the Quran.
The Netherlands has a rapidly growing Muslim population — an estimated 6% of the total in 2010.
Wilders has run on a party manifesto focused on a so-called “de-Islamification” of the Netherlands, in which he lays out an 11-point plan pledging, among other things, to shut down all the country’s Islamic schools and close the borders to migrants from Islamic nations. 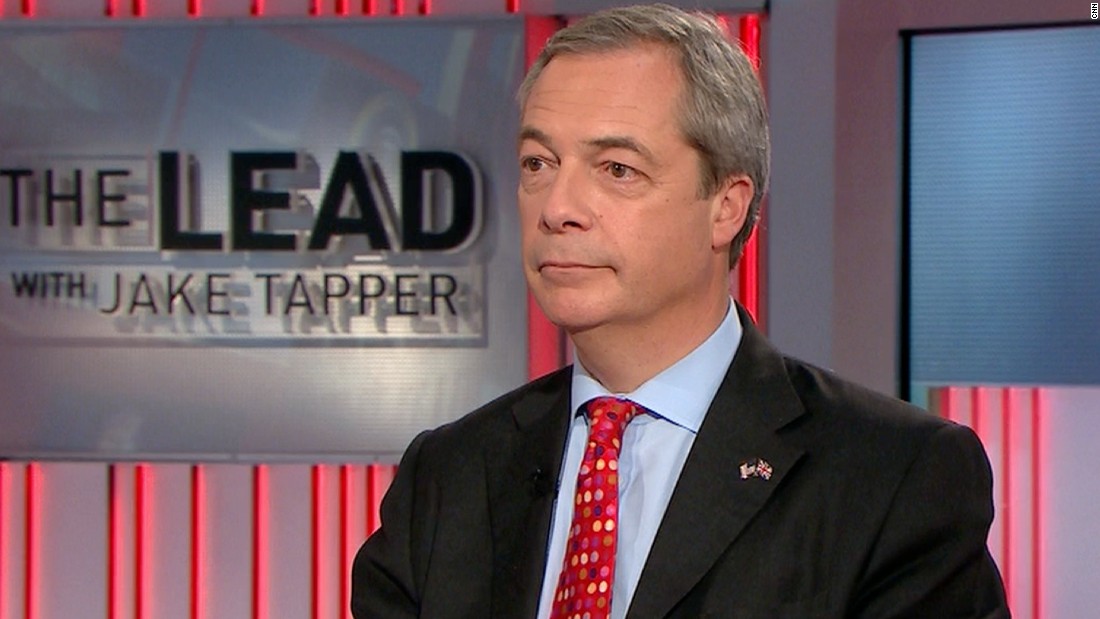 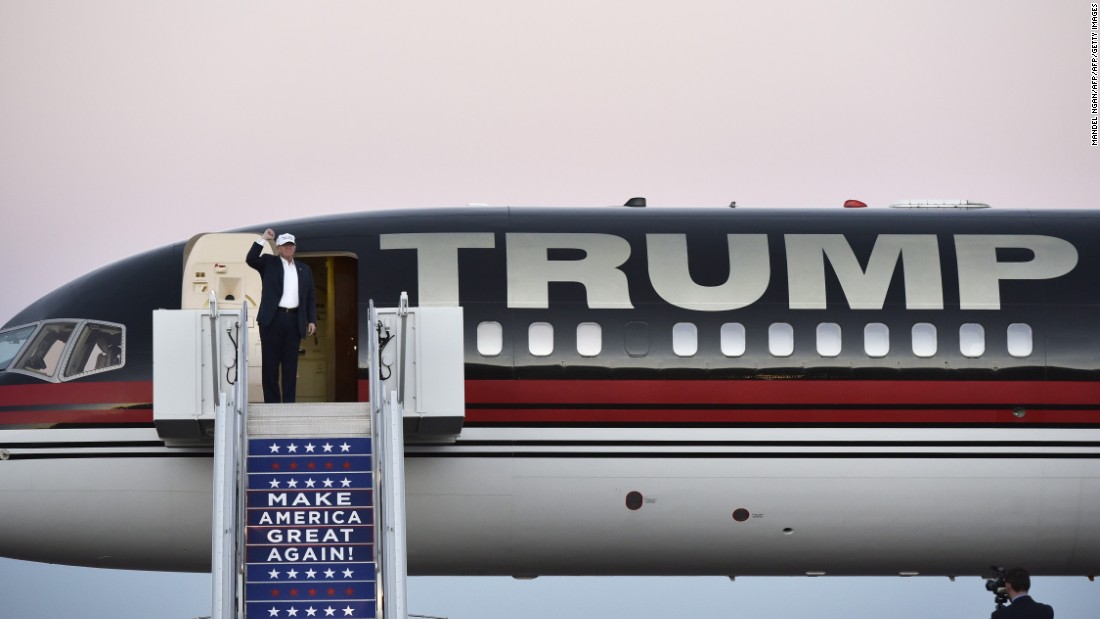 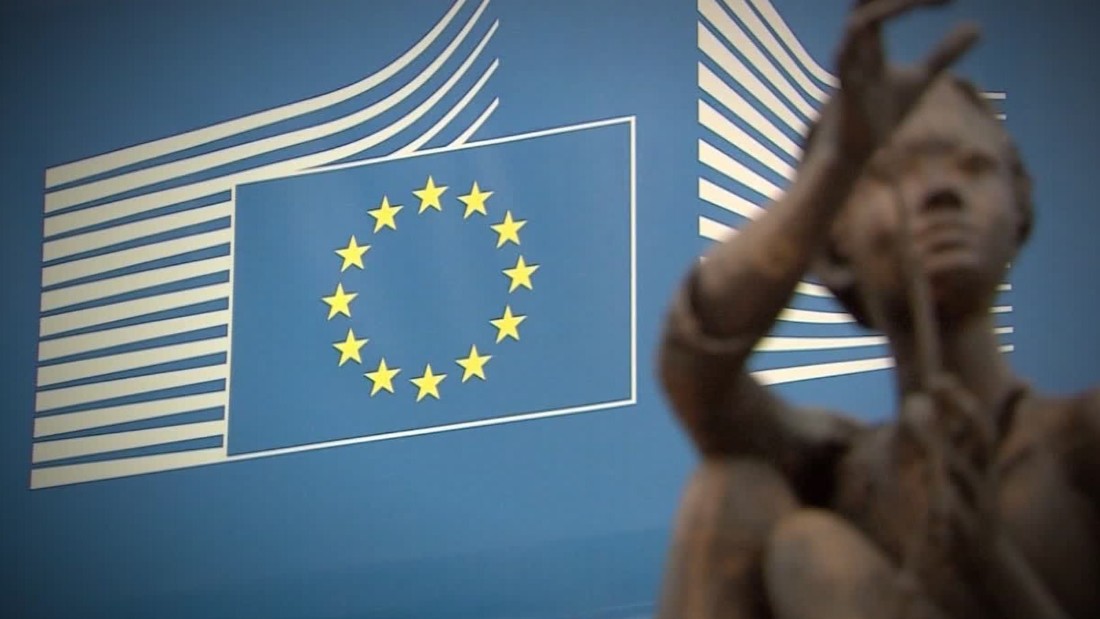 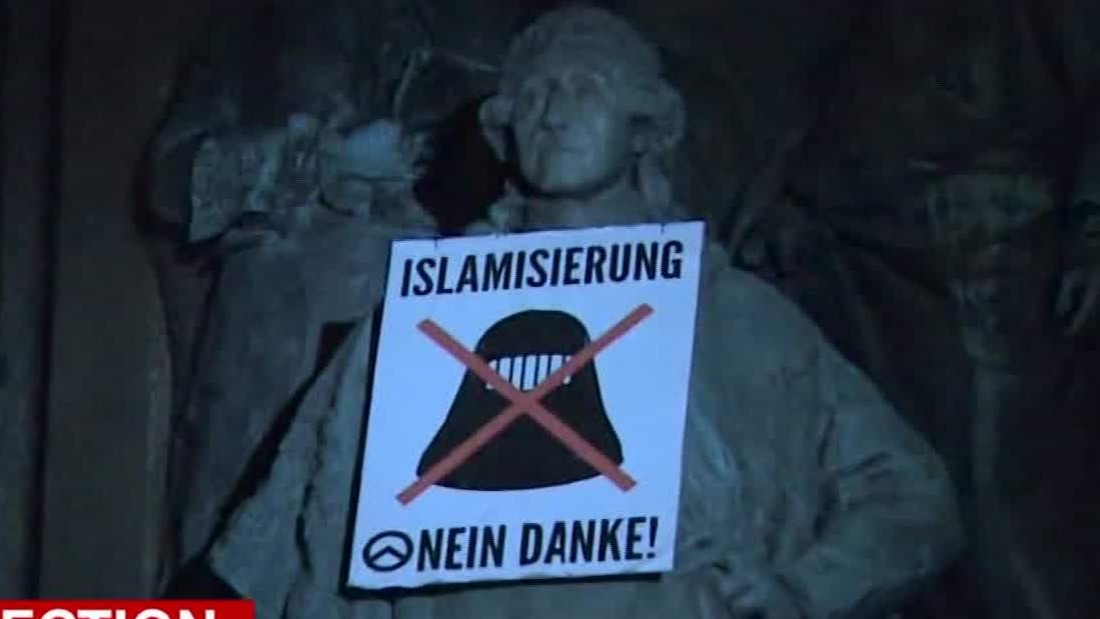 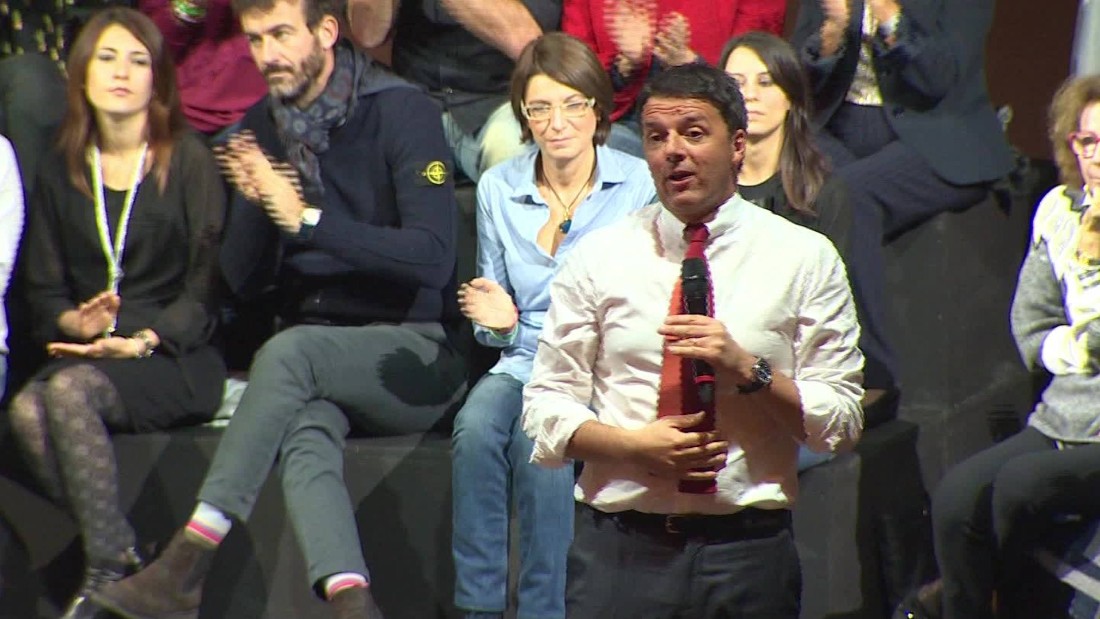 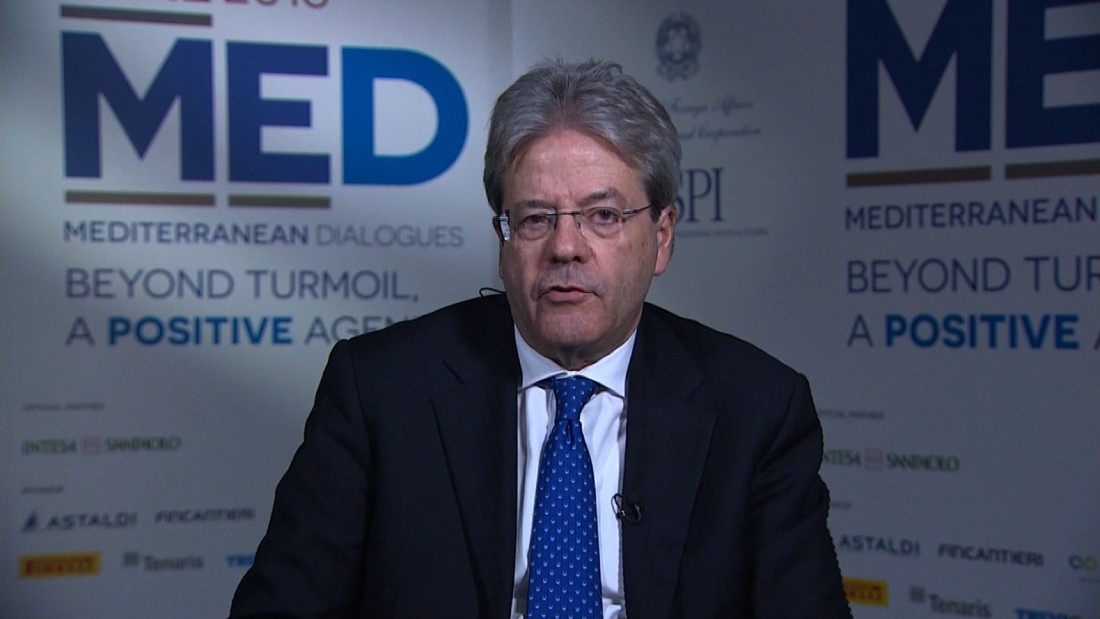 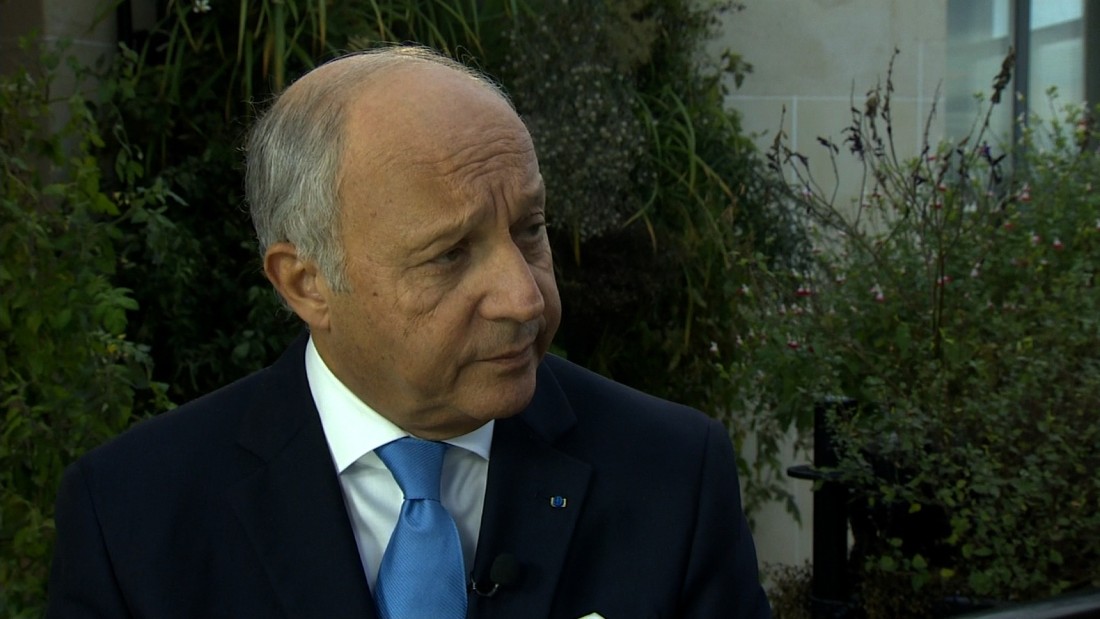 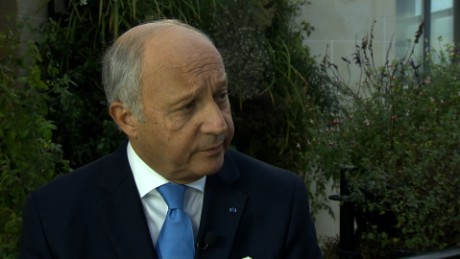