How real is the image of the wise and loving grandparent?

Movies are full of mellow, nurturing grandparents, but todays actual ones are just as likely to be off on cruises as quietly doing the babysitting 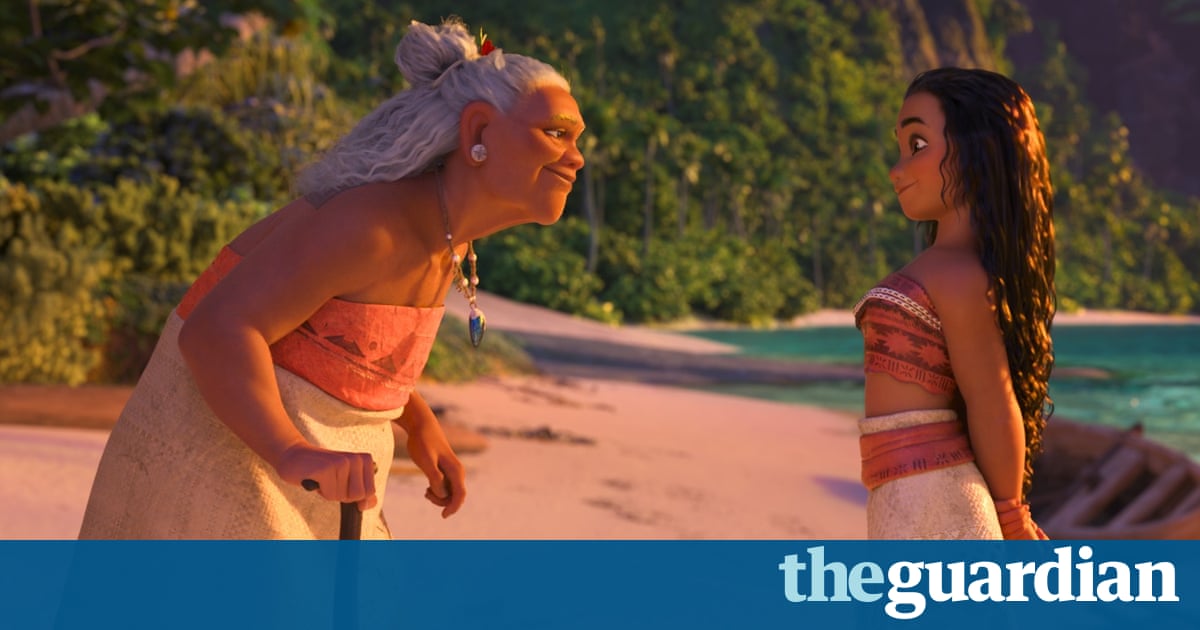 I went to see the movie Moana with my 10-year-old daughter recently. It was sweet and relatively predictable, but it was interesting for the centrality of the grandmother figure in the Disneyfied Polynesian myth.

Moana, the heroine of the story, strikes out beyond the limitations of her island community thanks to the insights and encouragement of her grandmother, Gramma Tala, who shows her a secret cave of knowledge that enables her to undertake her heros journey out into the unknown.

This is part of an accompanying mythology that of the Good Grandparent, who, in our lives, is meant to act as a repository of love and wisdom beyond the cares of the everyday world. This is different in form but similar in theme to another movie with a grandparent at the heart of it, the wonderful What We Did on Our Holiday where the dying Gordie (Billy Connolly) teaches his grandchildren again almost with his dying breath about human absurdity and pride.

There are doubtless other examples. I am not sure how much concordance this kind of story template has with real life, but we all have an allotted place in our imaginations for the loving and wise grandparent.

I know people whose grandparents have had immense significance in their lives often in the case of children whose parents have separated. My experience was different. I never knew my paternal grandparents. My maternal grandparents lived round the corner the grandmother a fat, jolly woman as I recall, the grandfather a rather wizened and depressed man who had fought in the first world war, and had scraped a living afterwards as a baker.

I have very few memories of them other than my grandfather walking in one day when I was 11, and saying shes gorn a few minutes after my grandmother had died of a heart attack. I certainly dont remember getting any nuggets of wisdom, though I did occasionally get a toasted teacake.

The only grandfather Ive known is my own father grandfather to my four children. He loved them all, and they loved him in return, but he was probably as pleased to see them go as he was to see them arrive. I think hed had enough of childrearing, and I cant say I blame him.

Some grandparents, it is said, get the best of all family deals all the joy of children without the responsibility. But it could often also been seen as quite a poor deal if they live close to be constantly called on as unpaid babysitter or carer.

I suppose I will be a grandfather soon enough and will find out which of these applies. Meanwhile, I have never mentioned grandparents in this column before, which is an embarrassing omission, as for many people they are a huge part of family life. My favourite movie grandparent is Alan Arkin in Little Miss Sunshine, a cantankerous, wisecracking drug addict who nevertheless gives his granddaughter the encouragement she needs to achieve her dreams. Thats the kind of grandfather Id like to be.

The sanitised version of the grandparent, all pastel meringue hats and buttoned braces, is fading into history. Grandparents now seem to spend a lot of time dressed in Next and H&M, going on cruises and fancy holidays. Many seem convinced they are still young and have a lot to live for other than nursing the grandchildren.

Hooray for them. If you havent so many years left, you shouldnt need to confine yourself to being a babysitter. Im convinced that back in the day, many good grandparents became good because there was nothing else for them to do. But to modern grandparents who stay and look after grandchildren, as a positive choice rather than a dutiful necessity, they deserve, more than ever, the gratitude of those of us who await our turn.