How we made the typeface Comic Sans

The level of hatred was amazing and quite funny. I couldnt believe people could get so worked up about a font 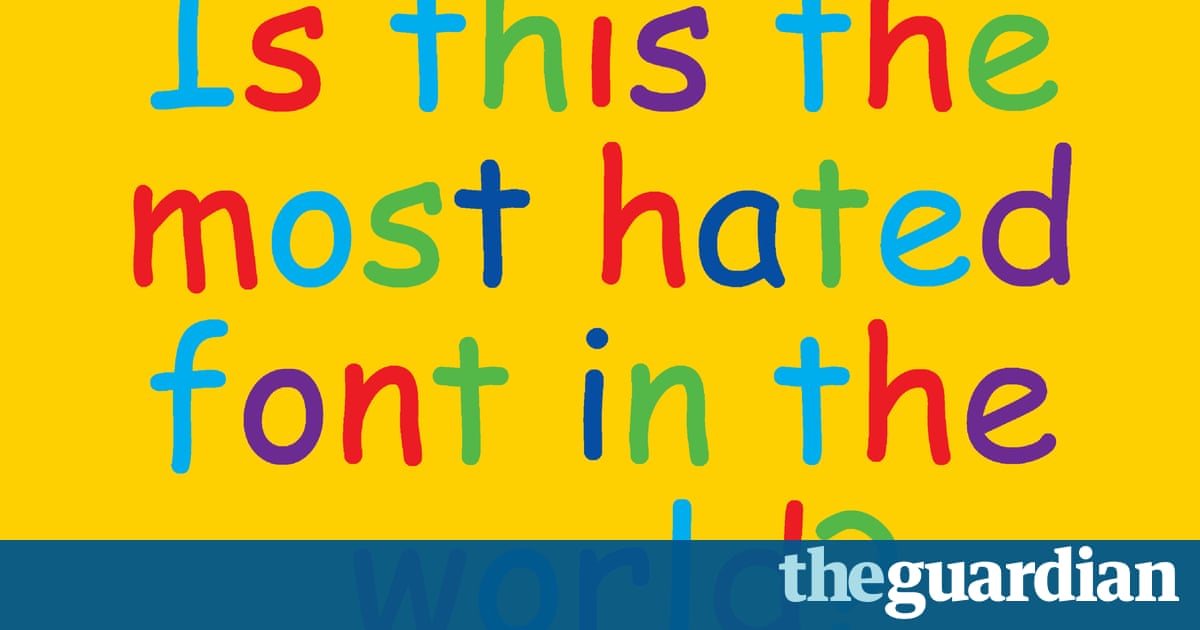 I was working for Microsofts typography team, which had a lot of dealings with people from applications like Publisher, Creative Writer and Encarta. They wanted all kinds of fonts a lot of them strange and childlike. One program was called Microsoft Bob, which was designed to make computers more accessible to children. I booted it up and out walked this cartoon dog, talking with a speech bubble in Times New Roman. Dogs dont talk in Times New Roman! Conceptually, it made no sense.

So I had an idea to make a comic-style text and started looking at Watchmen and Dark Knight Returns, graphic novels where the hand lettering was like a typeface. I could have scanned it in and copied the lettering, but that was unethical. Instead, I looked at various letters and tried to mimic them on screen. There were no sketches or studies it was just me drawing with a mouse, deleting whatever was wrong.

I didnt have to make straight lines, I didnt have to make things look right, and thats what I found fun. I was breaking the typography rules. My boss Robert Norton, whose mother Mary Norton wrote The Borrowers, said the p and q should mirror each other perfectly. I said: No, its supposed to be wrong! There were a lot of problems like that at Microsoft, a lot of fights, though not physical ones.

Comic Sans was developed too late for Microsoft Bob, but our office administrators started using it a lot in emails mostly young women whose job was to make everything fun. They did birthday parties, organised events, and Comic Sans fitted with their cheery messages. As it became more well-known, it was eventually included in Windows 95.

I started to see it everywhere and then the backlash began. A group called Ban Comic Sans was formed to educate people about the uses of typefaces, though they did email me to ask if it was OK to set it up. It seemed silly, but I said knock yourselves out. Though that backlash has calmed down, except on Twitter. People who come up to me are more likely to say they love it.

Type should do exactly what its intended to do. Thats why Im proud of Comic Sans. It was for novice computer users and it succeeded with that market. People use it inappropriately: if they dont understand how type works, it wont have any power or meaning to them. I once heard a guy at a Rothko show say: I could have done that. He clearly doesnt know anything about art. Hell probably use Comic Sans without realising its wrong in certain circumstances.

Ive only ever used Comic Sans once. I was having trouble changing my broadband to Sky so wrote them a letter in Comic Sans, saying how disappointed I was. I got a 10 refund. In those cases, I would recommend it. The basic theory is that typography should not shout but Comic Sans shouts.