An estimated 1,100 people from sub-Saharan Africa try to reach Europe by climbing over the border fence with Ceuta on New Years Day 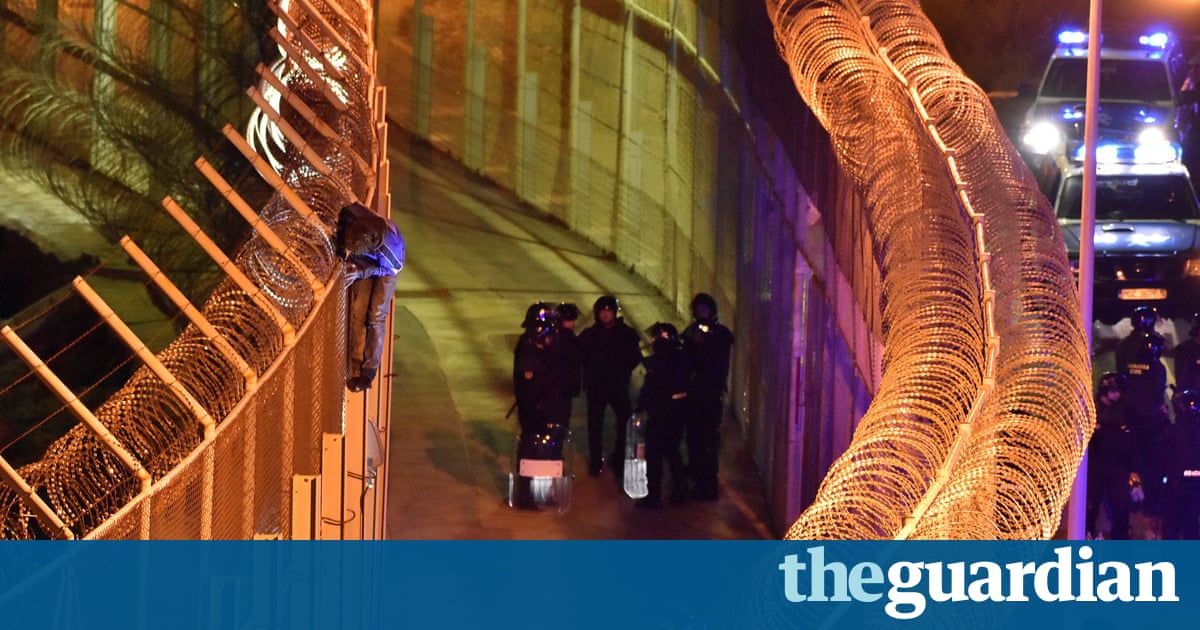 Hundreds of refugees have tried to jump a high double fence between Morocco and the Spanish enclave of Ceuta, resulting in violent clashes with police.

A group of 1,100 people from sub-Saharan Africa trying to reach Europe attempted to climb the border fence just after 4am (0300 GMT) on New Years Day in an extremely violent and organised way, said the central governments representative office in Ceuta.

Only two refugees managed to get over the wall. The men were badly injured and taken to hospital in Ceuta, the office said in a statement. A similar incident on 9 December saw more than 400 migrants enter the tiny enclave.

The group tried to force open some of the doors in the external fence, using iron bars, wire cutters and large stones with which they assaulted Moroccan forces and (Spanish) Guardia Civil (police) agents, the statement said.

Five Spanish policemen and 50 members of the Moroccan forces were injured, including one who lost an eye, it said.

A Moroccan interior ministry statement said that 10 of its forces were in a serious condition.

Ceuta and Melilla, another Spanish territory in North Africa, have the European Unions only land borders with Africa.

They are one of the entry points for African migrants seeking a better life in Europe, who get there by either climbing over the border fence, swimming along the coast or hiding in vehicles.

On Monday, a French national was arrested for trying to board a ferry out of Ceuta with a camper van where 12 Algerians were found hiding, car sick and sweating, police said.

According to local authorities, of the 1,100 migrants who stormed the border Sunday, just over 100 managed to climb up the external fence and stayed on top for hours.

Footage shot by the local Faro TV shows one man perched at the top of the six-metre (20-foot) high fence, sitting uncomfortably near rolls of barbed wire, his head hanging down onto his chest.

Eventually as darkness turns to light, he slowly climbs down to a space between both fences and lies down as a Spanish policeman fetches him a bottle of water before taking him to an entry back into Morocco.

Separately, coastguards said they had rescued 52 people who were packed onto a small boat at sea south of Malaga on Spains southern coast.

Simon
← Previous Story Want To Be A Judge Under Trump? Chief Justice Lays Out What The Job Is Like
Next Story → China smog: millions start new year shrouded by health alerts and travel chaos