I threw away $100m of Picasso and Matisse art, says dealer in Paris theft trial 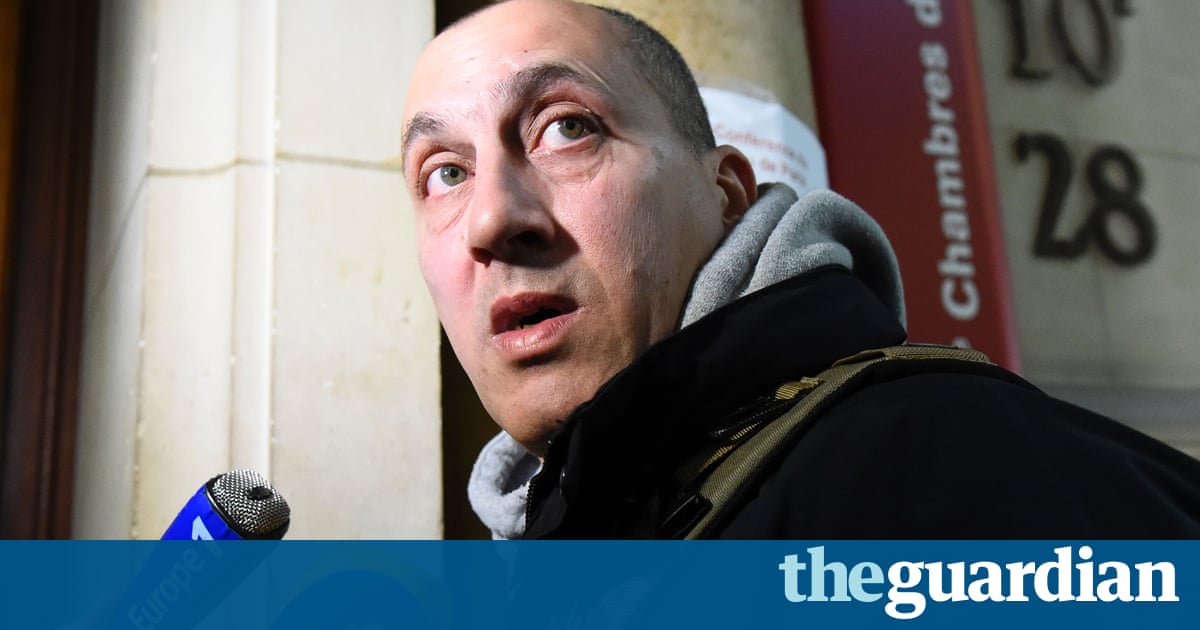 A co-defendant in one of the worlds biggest art heists has told a court he destroyed and threw away five art masterpieces worth more than $100m that were stolen by a thief nicknamed the Spider-Man.

Yonathan Birn was among three people who went on trial in the case on Monday. The five paintings stolen in 2010 from the Museum of Modern Art in Paris a Picasso, a Matisse, a Modigliani, a Braque and a Fernand Lger have never been found.

I threw them into the trash, Birn repeated three times at the court bar, in tears. I made the worst mistake of my existence.

Neither the investigating judge nor other defendants at the trial believe Birns claims. The investigators believe the five paintings have been taken out of France. Birns co-defendants testified he was too smart to destroy the masterpieces.

The main suspect Vjeran Tomic, dubbed the Spider-Man by French news media, has been convicted 14 times in the past, notably for thefts. Authorities found climbing gear at his home: gloves, ropes, a harness, climbing shoes and suction cups.

Tomic testified that at about 3am on 20 May 2010, he broke into the museum near the Eiffel Tower with apparent ease, taking advantage of supposed failures in the security, alarm and video-surveillance systems.

Spider-Man removed the glass from a bay window without breaking it, cut the padlock of the metal grid behind it, allowing him to then move from one room to another without arousing the guards suspicions.

Tomic was there to steal a painting by Fernand Lger and possibly a Modigliani ordered by a third defendant, 61-year-old antiques dealer Jean-Michel Corvez, who confessed to being a receiver of stolen goods. Tomic said that when he came across the Picasso, the Matisse and the Braque paintings, he decided to take them as well.

Several hours after the burglary, Tomic said, he offered the five paintings to Corvez, who said he was totally stunned by them.

Corvez said he initially gave Tomic a plastic bag containing 40,000 (34,000) in small denominations just for the Lger because he was unsure he would get buyers for the other paintings.

Corvez became worried about keeping the artworks in his shop after several months and showed them to his friend Birn, a 40-year-old expert and dealer in luxury watches. Birn said he agreed to buy the Modigliani for 80,000 ($68,000) and to store the others in his studio. The Modigliani was hidden in a bank safe, he said.

Birn said he panicked when police began investigating and, in May 2011, he retrieved the Modigliani from the safe, returned to his workshop and broke the stretcher bars on all the canvasses before throwing them all into the buildings trash.

Tomic is charged with stealing public cultural property, while Corvez and Birn are accused of receiving stolen goods. The three men are also accused of taking part in a criminal conspiracy to commit the thefts.

After he was questioned, Tomic said he was sure Birn didnt destroy the paintings and wanted him to say where they were located. These are my artworks, he said.

Simon
← Previous Story Dogs dont like reggae they love it: 10 top tracks to play for your best friend | Rhik Samadder
Next Story → Bangladeshi girl could be first female with tree man syndrome