Allen Iverson, Kenyon Martin and Rashard Lewis are among the former NBA all-stars committed to play in the Big3, which begins play this summer 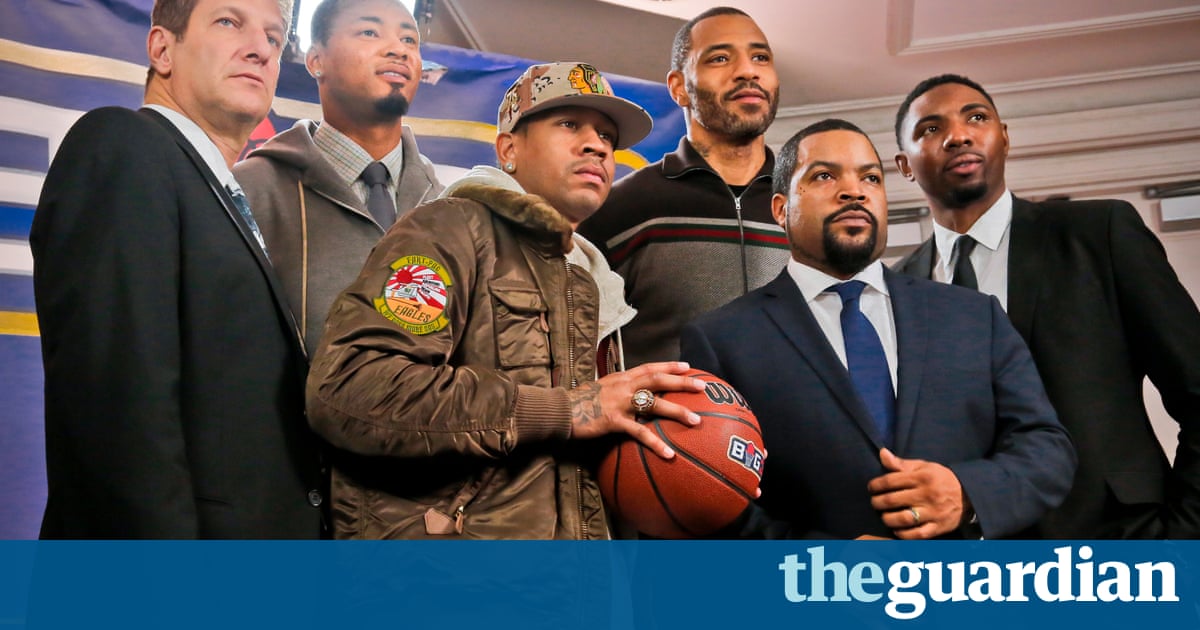 Ice Cube can think of at least one good reason why people will pay to watch retired NBA stars play 3-on-3 basketball.

Summers boring as shit, the rapper and film actor, born OShea Jackson, said on Wednesday at an event to announce the Big3, a new professional 3-on-3, half-court basketball league that hes founded with longtime business partner and entertainment industry executive Jeff Kwatinetz.

Theres nothing on, theres nothing to watch. Baseball is still halfway through their season, so its not good yet. Football, its cool to see Drew Brees throwing passes at practice, but who cares? We need something that we can really get behind in the summer and the Big3 is just what the doctor ordered.

Jacksons big bet hinges not only on one of the few uncrowded stretches of the American sports calendar but equally on the allure of nostalgia. At least nine retired NBA players have officially committed to play in the league, including Kenyon Martin, Chauncey Billups, Stephen Jackson, Jermaine ONeal, Rashard Lewis, Jason Williams, Bonzi Wells and Mike Bibby.

None are bigger than Allen Iverson, who has signed on as a player/coach. The newly minted Hall of Famer appeared at Wednesdays announcement at the Sheraton New York Times Square, drawing the biggest applause from the several dozen press members and onlookers in the gallery.

When I got the call, it was a no-brainer, said Iverson, who will be 42 when the league opens play in June. Its Ice Cube, its OShea. You dont turn that down, thats success looking right into your eyes. I just wanted to be a part of it, and I hope me being a part of it makes it a success like everything that hes been doing in his life.

There was the attendant carnival-barking and embellishment at Wednesdays event, including Kwatinetzs unsourced claims that 3-on-3 is the most played sport in the world and most likely going to be a sport at the 2020 Olympics. But the leagues central concept, that the altered format will allow players of an advanced age to excel, stands to reason.

Its a structure that maximizes the value of the skills they have, Kwatinetz said. This is not a stunt. Half-court three-on-three lets the players utilize their accumulated knowledge about basketball. Players get smarter over time and perfect their technical skills. While it becomes hard to run up and down the court with kids fresh out of college for 48 minutes, for 82 times a year minimum, 3-on-3 allows those that still have world-class abilities to shoot, guard, post up and do other things to shine.

Fans want to see these players do what they still can. They want to see them compete at the highest level with their peers. They just needed a different set of rules.

The league will consist eight teams with five players each with one head coach and one assistant coach. All coaches will be former NBA players.

Eight regular-season game nights will take place each Saturday at arenas in different cities around the country beginning on 24 June, with two rounds of playoffs scheduled for 19 and 26 August. While the cities have yet to be announced, it was hinted that markets not currently served by NBA teams were being targeted.

Each date will consist of four games happening on the same day in the same venue. The first team to reach 60 points with will be the winner with a win-by-four rule and seven-minute half-time will take place when the first team gets to 30. One major rule tweak is the introduction of a four-point shot from three four-point circles beyond the three-point line. Players can shoot for four points by touching any part of the circle.

Roger Mason Jr, who departed as deputy executive director of the National Basketball Players Association after helping negotiate the unions new seven-year collective bargaining agreement in December, will serve as the leagues commissioner and president. He said the league will feature 40 players with the players earning a 52% revenue share. The split will be determined by the final league standings as an incentive to maximize competitiveness.

Whether the Big3 will succeed remains to be seen. But to hear Jackson say it on Wednesday, its very much a labor of love.