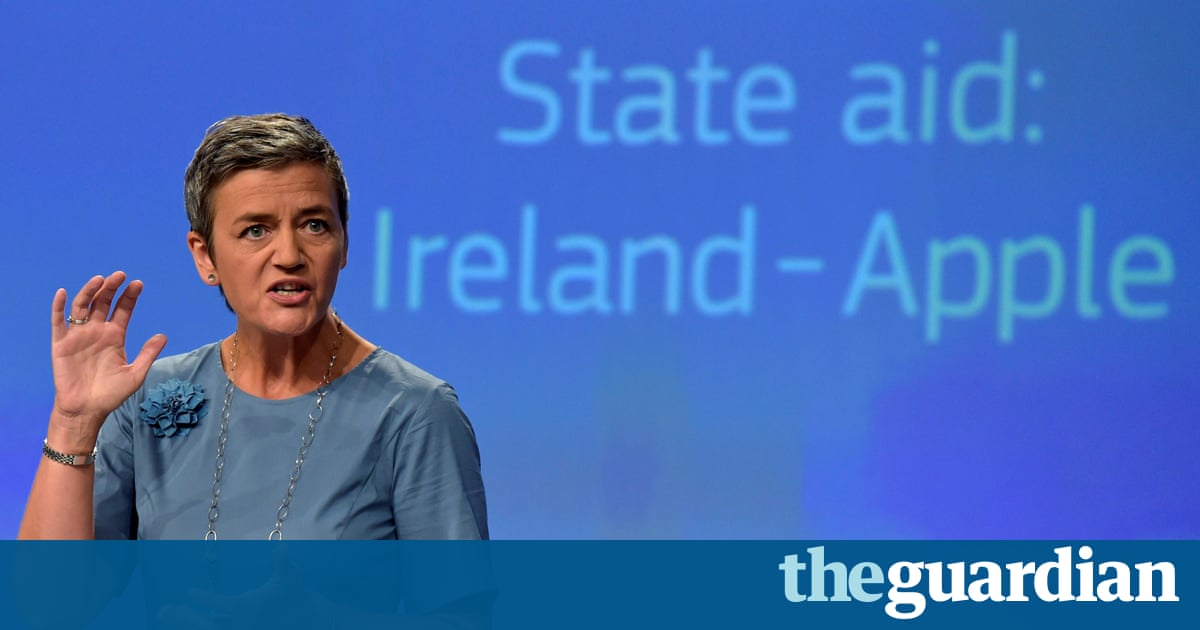 Ireland will appeal the European Unions order to force it to collect a record 13bn in taxes from Apple, the Irish government has said.

The Irish finance departments announcement on Monday comes nearly four months after EU competition authorities hit Apple with the back-tax bill based on its longtime reporting of European-wide profits through Ireland. The country charges the American company only for sales on its own territory at Europe-low rates that in turn have been greatly reduced by the controversial use of shell companies at home and abroad.

In its formal legal submission, the Dublin says its low taxes are the whole point of its sales pitch to foreign investors and said it is perfectly legal to levy far less tax on profits than imposed by competitors. It accuses EU competition authorities of unfairness, exceeding their competence and authority, and seeking to breach Irelands sovereignty in national tax affairs.

The ruling unveiled 30 August by the European competition commissioner Margrethe Vestager called on Apple to pay Ireland the 13bn for gross underpayment of tax on profits across the bloc from 2003 to 2014. Her report concluded that the California-based Apple used two shell companies incorporated in Ireland to permit Apple to report its Europe-wide profits at effective rates well under 1%.

The scope of the order could have been even greater because EU time limits meant the judgment could include potential tax infringements dating only from 2003, not all the way back to Apples original 1991 tax deal with Ireland. But Irish specialists in corporate tax estimate that the EUs order, if enforced, actually would total 19bn because of compounding interest from delayed payment.

The centerpiece of Irelands argument is that Vestager should have confined herself to policing illegal state aid that gives an unfair advantage to a particular company, whereas the EU has launched an assault on a policy that Ireland has offered to all foreign companies locating on its soil.

The benefits are obvious in Ireland, which has the fastest-growing economy in Europe driven by the exports of about 1,000 multinationals that employ 5% of the workforce and generate nearly a quarter of economic output. Apple is the biggest private employer in the Irish Republics second-largest city, Cork, with a workforce exceeding 5,500. Economists estimate Apples Cork operation pumps around 19bn annually in salaries, tax and investment into the Irish economy.

The purpose of the state aid rules is to tackle state interventions which confer a selective advantage. The state aid rules by their nature cannot remedy mismatches between tax systems on a global level, the finance department brief argued as it contested the EUs contention that Apple got benefits denied to other companies based here.

The Irish reply sets the stage for a titanic legal battle from Brussels to California and beyond that has implications for more than 600 US multinationals based in Ireland and thousands more using tax-avoidance vehicles globally. Apple chief executive Tim Cook already has denounced the EU judgment, disputes its calculations and says the company will pursue its own legal challenges expected to last years.

Ireland, an EU member since 1973, has for decades charged a headline rate on corporate taxes of 12.5% less than half the European norm and nearly a third the US rate of 35% and has facilitated the complex use of shell companies that help Apple and scores of other hi-tech global enterprises, including social media and pharmaceutical leaders, to pay far less on non-US sales of goods and services.

The finance department has pledged to close its shell company-focused rules, but that move is expected to create no obstacle to global companies, which can shift the same accounting strategies to other countries beyond the EUs wrath.

Simon
← Previous Story Obama promises retaliation against Russia over hacking during US election
Next Story → 79 percent of Americans now shop online, but its cost more than convenience that sways them