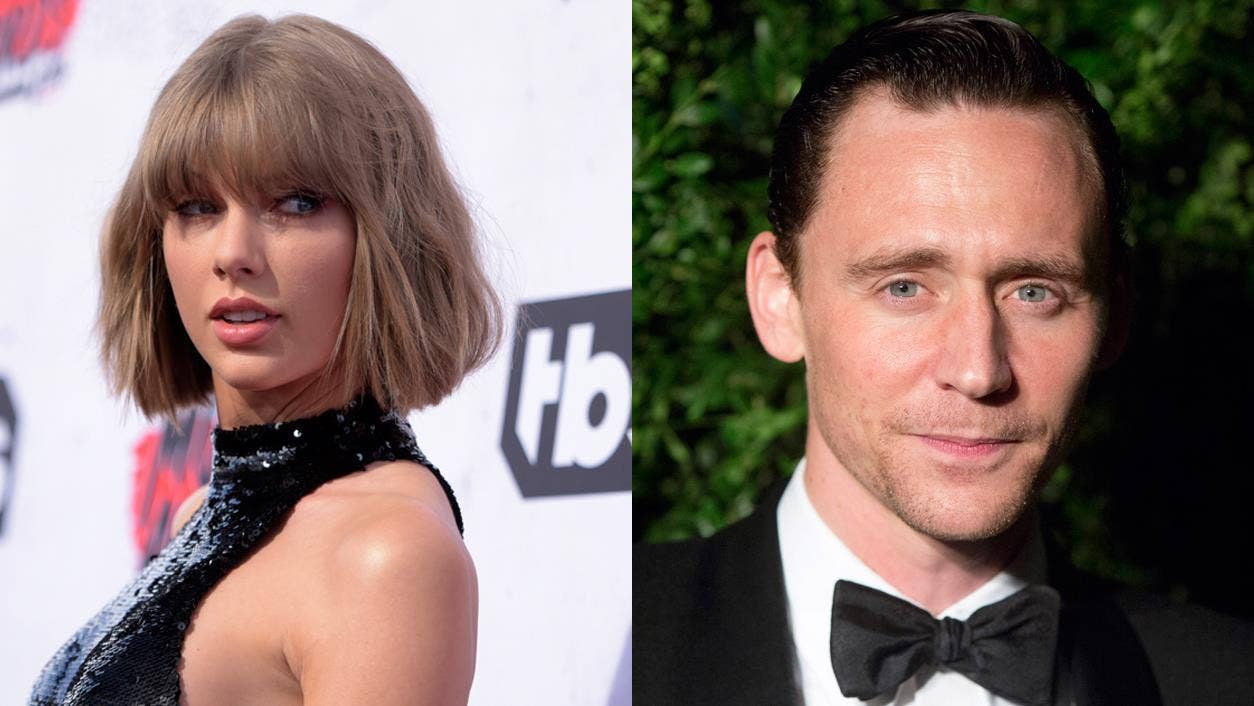 Taylor Swift and Tom Hiddlestons very public romance reached ludicrous new heights over the Fourth of July weekend, as the loved up pair were snapped frolicking at a beach Tom dressed in a I Heart T.S. tank top.

The over the top display was the final straw for many fans, who are now questioning whether the entire affair is in fact an elaborate hoax.

Specifically, some now speculate that Taylor and Toms public affair could form the basis of a new music video or musical project for the singer, perhaps one that pokes fun at perceptions about her fast-paced love life.

At least, thats what were all hoping. Surely Tom Hiddleston suave, worldly, Eton-educated 35-year-old Tom Hiddleston isnt so doe-eyed in love with his new girlfriend that hed willingly wear a homemade tank top declaring his love for her in front of the paparazzi? Surely?

E! Online were the first to shed light on the Hiddleswift conspiracy theory, arguing that Taylor is pulling a fast one on all of us.

Are Hiddleswift toying with our emotions? Is Taylor trying to prove just how crazy the media and the world in general can go over her relationships? Is she filming a music video or visual release to accompany her new album, a la Beyoncés multimedia extravaganza Lemonade? E! asks.

I really think the Taylor Swift /Tom Hiddleston thing could be a music video.
In fact as a screw you to the media I hope it is.

The loved-up beach pics of the pair are just the latest in a string of shots of the couple, who have in recent weeks partied at a Selena Gomez concert, visited Hiddlestons mother in the UK and enjoyed a romantic Roman getaway all under the glare of paparazzi cameras.

This article originally appeared on News.com.au