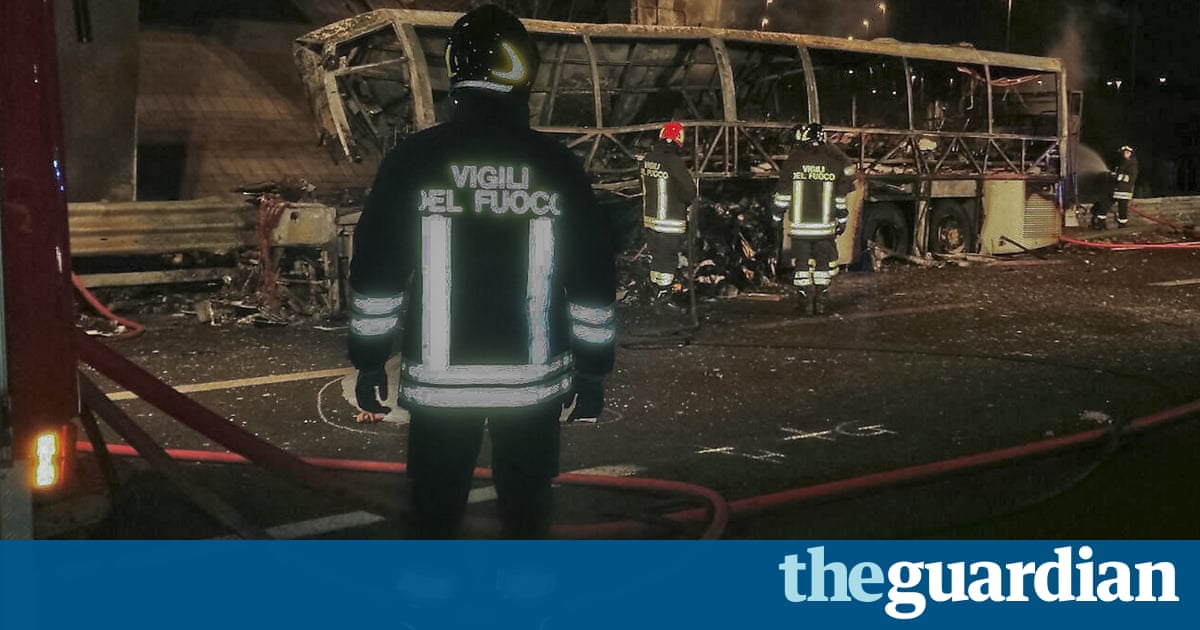 At least 16 people were killed and about 40 injured after a bus carrying Hungarian students crashed and burst into flames on a highway in northern Italy, police said on Saturday.

Girolamo Lacquaniti, head of highway police in the city of Verona, said most of the passengers were teenage students and others were teachers and parents. He told SkyTG 24 television that the bus went off the road near a highway exit during the night. Television images showed the bus on fire.

Dozens of injured were rushed to hospital following the accident near Verona, which happened when the vehicle struck a pylon, according to emergency workers cited in the reports.

The website of Corriere della Sera newspaper said bodies were being recovered from the wreckage and the death toll could climb.

The bus had been carrying at least 50 passengers. Most were Hungarians aged between 14 and 18, Corriere della Sera said.

The national fire service said on Twitter that the bus had burst into flames. There are many victims, it said.

Police were awaiting the go-ahead from the prosecutor to analyse the wreckage, Agi said.

The bus crash caps a tragic week for Italy in which an avalanche buried a hotel in the Rigopiano resort in Gran Sasso mountains.