‘It’s because I had my period’: Chinese swimmer Fu Yuanhui praised for breaking taboo 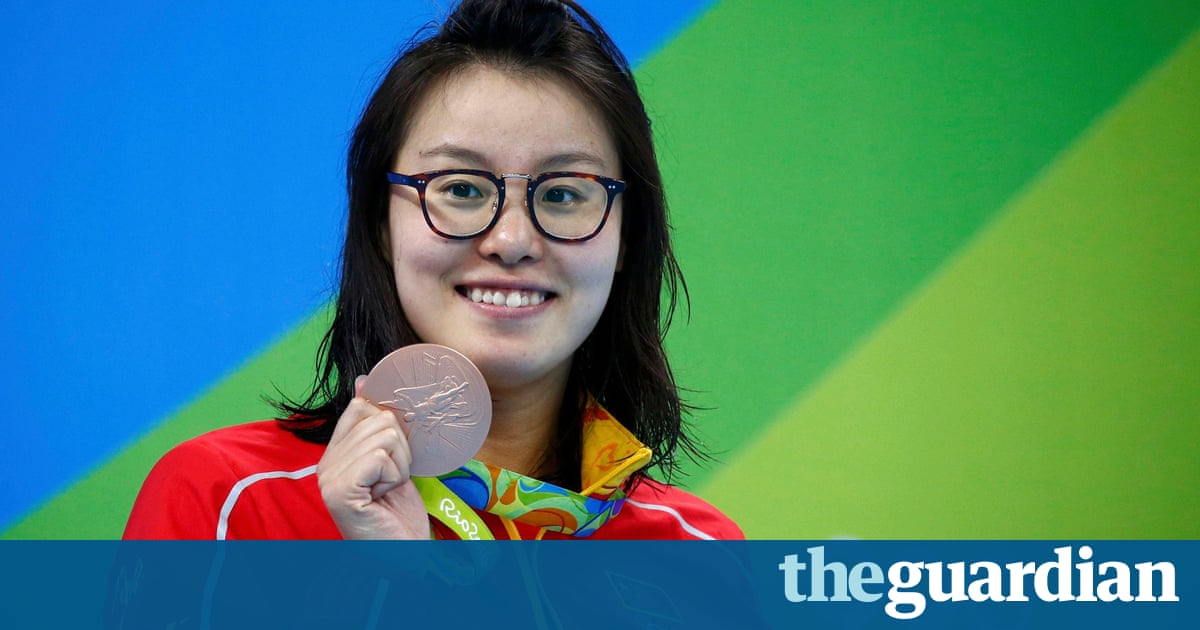 Fu, whose theatrical post-race interviews have transformed her into a national hero in China, made her remarks on Sunday after her team came in fourth place in the 4x100m medley relay.

I dont think I performed very well today. I feel I let my teammates down, a visibly pained Fu told state-broadcaster CCTV in a brief poolside conversation following the race.

Asked whether she was suffering from stomach pains, the 20-year-old swimmer said her period had started the previous day.

Its because my period came yesterday, so I felt particularly tired – but this isnt an excuse, I still didnt swim well enough, she said.

Chinese sports fans used social media to praise Fu for breaking the silence surrounding the menstrual cycles of female athletes. Many said they had not realised it was possible for a woman to swim during her period.

Our Ms Fu dares to say anything, wrote one user of Weibo, Chinas Twitter.

I really admire Fu Yuanhui for swimming while she was on her period – women can be affected during their periods, especially with period pain, wrote another, according to the BBC.

She felt guilty for coming fourth, but Fu Yuanhui were still very proud of you, the fan added.

A third fan wrote: It is a normal physiological phenomenon, so why cant we mention it? Fu Yuanhui is awesome!

Eight decades after tampons first went on sale in the United States, a deep-rooted cultural resistance and inadequate sex education in China are blamed for the fact that only 2% of Chinese women use them, according to one recent study.

Chinas first domestically produced tampon – named Crimson Jade Cool – is set to go on sale soon with the businessman behind the initiative planning to target sport centres for sales.

Fu Yuanhui, who won a bronze medal in the 100m backstroke but is better known for her hilarious, over-the-top interviews, has proved a bright spot in a so far disappointing Olympics for China, whose athletes have claimed fewer gold medals than anticipated.

Fus viral interviews I used all of my mystic energy! she told one journalist to explain a strong performance have earned her millions of social media followers and made her a national treasure virtually overnight.

Shes probably got more name recognition at this point than any of [Chinas gold medalists], Dreyer said.

People are more interested in the personality side of things and the individual side of things rather than, Here are 50 Chinese robots who are winning for their country and for their Party, he added.