I’ve been sent an unsolicited photo of a penis. How do I respond?

Are you the unhappy owner of an unwanted dick pic? There are a few next steps for you to choose from, ranging from ridicule to revenge 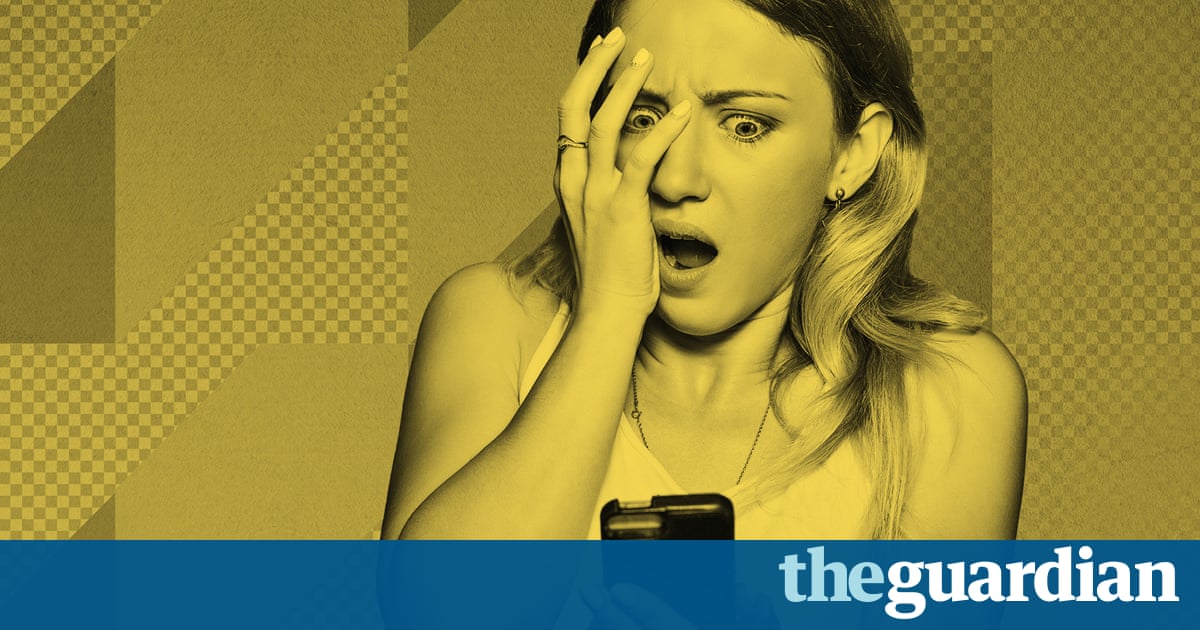 How do I respond to creeps on social media?

Last month I received a Facebook message from a man twice my age with whom I had not had any contact since we worked together five years ago. In it he praised my physical attributes, the utmost of any reporter he had ever worked with in my 25-year career.

It was Valentines Day. I sort of felt like crying. Instead I cast it back into the hellfire of my message requests inbox but not before taking a screenshot and sharing it with our former mutual colleagues. Disgust shared is disgust halved, like smelling something so awful you have no option but to press it upon others.

Men, Im afraid this weeks column may have little to offer you, given that you are less likely to be sent the kind of messages women receive with some regularity, from strangers and acquaintances alike.

You may think it sounds flattering or desirable. It isnt.

This particular missive made me aware that not only had I been objectified during a professional relationship, but that that particularly memory had been resurrected half a decade later on Valentines Day. I spent the night of 14 February 2012 watching a 9/11 documentary; this years was worse.

In an episode of This American Life, the Australian journalist Eleanor Gordon Smith confronted her catcallers in Kings Cross in Sydney and found that most thought women enjoyed the attention. When she told them that many, maybe even most, did not well, they werent convinced.

The excellent DTR podcast, produced by Tinder for Gimlet, found the same thing in its deep-dive into the sending of unrequested dick pics: an inexplicably common practice with uncertain goals. Its one thing to be sent an image of one youre already affiliated with but from a stranger? (NB: Im talking about straight men sending them to women here; I have been told it can be different for gay men.)

A psychology professor at Harvard University attempted to unpick the threads of the practice in a blog post. He said it could be motivated by exhibitionism, or cognitive biases evolved to help with reproduction.

But the most likely explanation, he wrote, is that men are simply misperceiving womens interest in receiving photos of their junk.

My sister has one Snapchat correspondent who sends her only dick pics. She hasnt blocked him so she has a quick retort to people who doubt that theyre even a thing.

One such conversation prompted her to reply to the sender with a clip almost cinematic in its execution: an opening shot of what appeared to be her reciprocating with a sexy selfie, before panning to show a long line of her workmates, each making a lascivious gesture.

Of course there are other strategies like block, mute, report but when they are in most cases woefully inadequate, you can forgive women for getting creative.

Naming and shaming is a popular tactic, but it can easily get out of hand if the man in question decides to retaliate, or if he is taken on as a martyr by the not-insignificant share of the internet nobly battling against feminazis. Im not telling you to pull your head in, but you should know this kind of response can open you up to more abuse.

For serious instances, such as threats of rape and violence, publishing the messages with their author attributed can actually jeopardise your chances of getting action through the courts still the best system we have for dealing with online abusers.

But this sort of behaviour runs the gamut from trolls sending violent, targeted threats hundreds of times a day to a woman they dont know, to a 50-year-old man looking back fondly on the physical characteristics of a former colleague five years on.

None of it is acceptable, of course, but there are varying degrees of harm. To me, the occasional unsolicited dick pic doesnt feel like abuse, it just feels a bit weird. Especially when youre in line at a cafe, on the bus, or mid-meeting. To someone else, it might feel much worse.

If you feel like simply moving on from the episode, I suggest muting or hiding blocking can give the sender a sense of achievement (for some, the bar really is that low). Reporting to the platform may not seem like it achieves much, but it at least flags the problem and hopefully puts pressure on the moderators to take it seriously.

But if you are like me at my pettiest, youll be tempted to enact some kind of justice yourself. Some women like to fight fire with fire by sending a generic dick pic back they dont like that! but I prefer the non-sequitur effect of emoji.

Why not respond to your correspondent with a flurry of the most pathetic Trash Dove stickers, or a patronising thumbs-up? Youll wind them up, and it might make the whole thing easier for you to laugh at. Maybe.