Jacob Zuma gains reprieve despite calls for his resignation 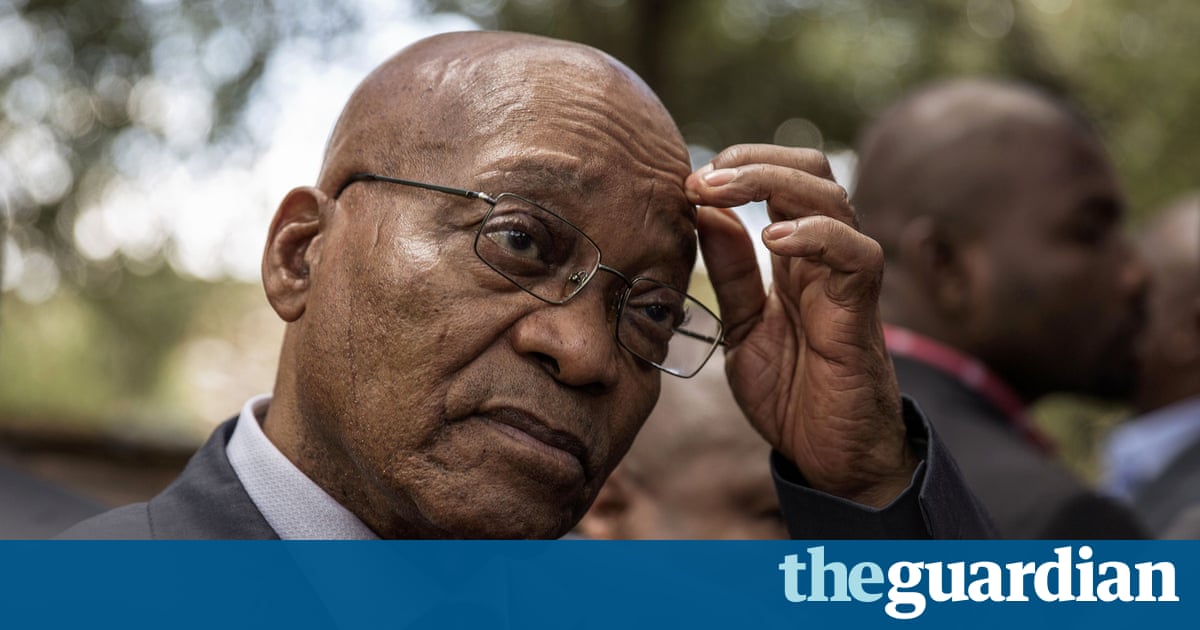 Jacob Zuma, South Africas beleaguered president, appeared to have won a fierce battle to remain in office as the ruling African National Congress concluded an intense and acrimonious three-day debate on whether he should stand down from the office he has held for seven years.

Ministers and MPs who sit on the ANCs national executive committee passed the day closeted in a hotel south of Pretoria, the administrative capital of South Africa, arguing over Zumas fate.

Though there was no clear decision by Monday night, aides said Zuma would be leaving for Cuba as scheduled to attend the funeral of Fidel Castro, suggesting the 74-year-old veteran politician has seen off the immediate challenge for now.

Senior officials remained tight-lipped however, leaving open the possibility of a major upset which could trigger a long period of further political instability.

Zuma has faced mounting criticism of his leadership and came under further pressure this month when a corruption probe unearthed fresh allegations of misconduct.

The report by the countrys public protector, an independent state office charged with uncovering maladministration, focuses on Zumas close relationship with billionaire brothers Ajay, Atul and Rajesh Gupta, who run a business empire ranging from media to mining. Zuma has denied giving the brothers any undue influence and they have denied seeking it.

The ANC led the struggle against the racist and repressive apartheid regime and then took power in 1994 in South Africas first free elections.

Though the party is still has substantial popular support, the unprecedented loss of major municipalities to a coalition of opposition parties after elections in August has also worried many among the ANCs reformist faction.

Zuma, a former ANC security chief, retains strong loyalty among many party members and its lawmakers, and easily survived a vote of no confidence in parliament on 10 November, which was called by opposition politicians from the Democratic Alliance party.

Mmusi Maimane, leader of the Democratic Alliance, said on Monday the people of South Africa had learned not to trust Zumas populism.

The ANC has lost support, but how much is because of Zuma, how much because of the economy, how much just due to sheer corruption? The current battle is not about the fitness of the president but about the soul of the ANC, Maimane told the Guardian.

Commentators say though a significant number of ANC officials wanted the president to resign, no one wanted the party to be pushed into a decision by outside actors.

The local News24 news agency, citing sources within the ANC, reported three ministers had called for Zuma to resign during debates over the weekend.

The rebellion is the most serious challenge of the presidents seven years in power.

There is no doubt that Zuma is fighting for his political life, Ranjeni Munusamy, an analyst and commentator, wrote on the Daily Maverick.

He is hanging on while it is clear that large sections of the ANC and alliance no longer want him as president … The countdown for Zumas exit has begun.

Zumas enemies within the ANC are backed by increasing numbers of anti-apartheid veterans, trade unions, civil groups and business leaders.

A rally by Save South Africa, a group described by one local newspaper as a whos who of [anti-apartheid] struggle stalwarts religious leaders business people and civic activists, attracted hundreds in Pretoria earlier this month.

Zuma is president of the ANC as well as of South Africa and the partys national executive committee is the only body within its structure that can remove the leader of the party, besides its five-yearly congress.

Zuma himself is one of the committees 104 members, most of which were elected in 2012 and include many loyal to him.

The president has made few concessions to his detractors, though he apologised earlier this year after the constitutional court said he flouted the constitution in a scandal over more than 13.7m in state funds used to upgrade his rural home. He eventually paid back 7.8m rand (474,268), an amount determined by the national treasury.

The next national elections are due in 2019. Party strategists have been warned by outside experts that the ANCs popularity is eroding fast.

But internal polls revealed that dissatisfaction with Zuma was only a minor factor for voters, with the ANCs failure to deliver high-quality services such as water, schools, power and housing playing a greater role.