James Comey: Democrat by birth, Republican by trade, thorn in the side of both

The imposing FBI director has drawn both praise and scorn from both major parties. But his biggest test the investigation of Trumps alleged ties to Russia lies ahead 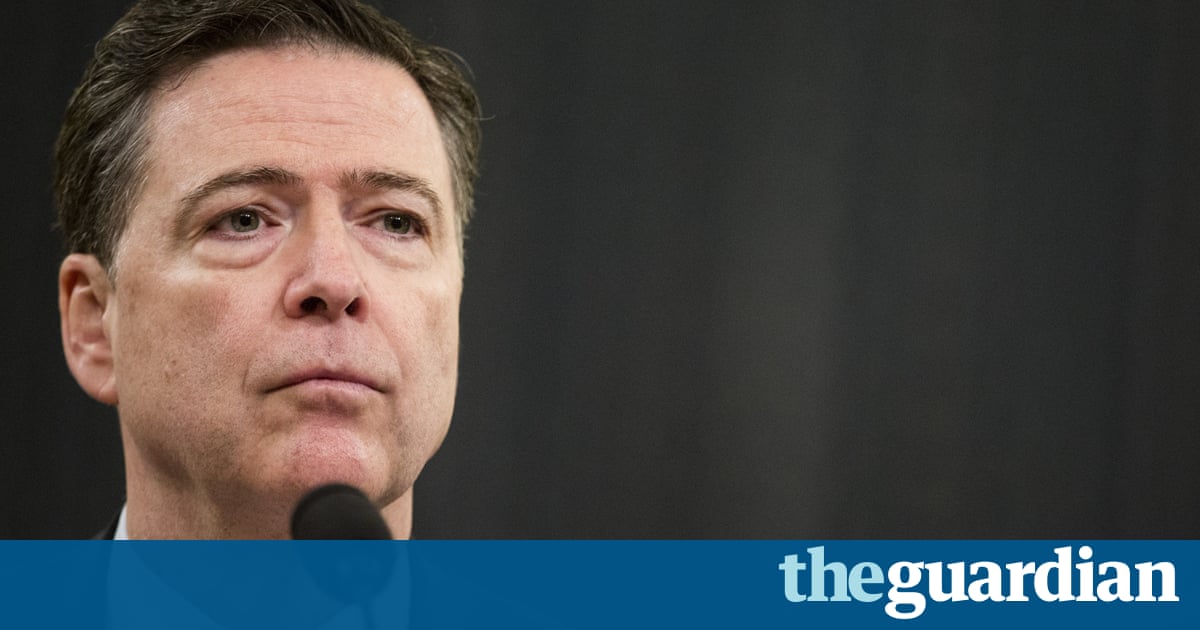 It took James Comey less than one minute to reveal his big news at a congressional hearing this week. The imposing FBI director, a former federal prosecutor who stands 6 feet 8 inches tall, began his opening statement by thanking the House intelligence committee for inviting him.

Then he announced that the FBI was eight months into an investigation of some of the presidents closest associates, if not the president himself, for possible cooperation with Russia during last years election.

That includes investigating the nature of any links between individuals associated with the Trump campaign and the Russian government and whether there was any coordination between the campaign and Russias efforts, Comey said, deadpan. As with any counterintelligence investigation, this will also include an assessment of whether any crimes were committed.

In an instant, Comey regained, for those whose dearest desire is the downfall of Donald J Trump, the white knight status that has clung to him periodically throughout his career, except when it has fallen away. As major revelations about ties between Trump associates and Moscow continue to emerge, Comeys inquiry means that a relatively nonpartisan record of those ties is being methodically assembled, and that any criminality could be prosecuted. Trump and his associates have denied any wrongdoing.

It further means that Trump is in a hard corner. In January, the president publicly asked Comey, who is four years into a 10-year term, to stay on as FBI director. For Trump, there seemed little motivation to shove aside a well-regarded longtime Republican whose bureau was decidedly favorable territory for Trump.

In any case, such a request would have been exceedingly rare, and sure to draw accusations of abuse of power by the new president. Now, with the FBI investigation having been made public, the political risks for Trump of sacking Comey are exponentially greater.

To say there are a lot of progressive hopes riding on James Comey is an understatement. Its bracingly ironic, then, that for a lot of Democrats, including Hillary and Bill Clinton, Comey is to blame for making Trump president in the first place.

Who is James Comey? Hes a Methodist convert of Irish descent from New Jersey who made his name cracking down on Virginia gun homicides and prosecuting international terrorism suspects.

His supposed aversion to the spotlight would seem to be belied by his constant reappearance there. Comey is sufficiently Republican to have been appointed deputy attorney general by George W Bush, but grew up sufficiently Democratic to have voted for Jimmy Carter in the incumbents blowout 1980 loss. He is a father of five and a foster parent, married to his undergraduate sweetheart. He cycles, plays squash and teaches Sunday school.

Like his three main predecessors as FBI director (not counting interim appointments) Comey is a lawyer, having earned his degree from the University of Chicago in 1985. Now 56 years old, he has alternated in his career between big government jobs and lucrative positions in private practice, including with Lockheed Martin, the defense contractor, and Bridgewater Associates, the worlds largest hedge fund, with $103bn in assets under management.

Leading up to his remarkably high-profile role in the 2016 presidential election, Comey had long enjoyed a reputation for fairness and public-minded integrity. He doesnt care about politics, said Barack Obama upon nominating Comey to run the FBI in 2013. He only cares about getting the job done.

Eric Holder, the former attorney general, got to know Comey toward the end of the Bill Clinton presidency, when Holder was deputy attorney general and Comey was a federal prosecutor in Virginia. In an interview with New York magazine in 2003, as Comey joined the Bush administration, Holder emphasized a different quality about the prosecutor.

Almost 15 years later, that assessment, of Comey as a far-seeing strategist, has not aged particularly well. Last July, the FBI director took the highly unusual step of calling a news conference to discuss an investigation into Hillary Clintons handling of classified information over unsecured email. With the presidency seemingly at stake, Republicans howled at Comeys announcement that the investigation had yielded no grounds for criminal prosecution. Democrats bridled at Comeys assessment of Clintons email hygiene as extremely careless.

Trump himself slammed Comey on Twitter. The system is rigged. General Petraeus got in trouble for far less, Trump wrote, in reference to the former CIA director David Petraeus, who was fined in 2015 for mishandling classified information. Very very unfair! As usual, bad judgment.

What neither side realized was that Comey, and the larger drama, were just getting started. In late October, just 11 days before the election, the FBI director was back, with a letter notifying Congress that the bureau was examining newly discovered material in its investigation of Clintons email. That sounded pretty bad for Clinton, and it made headlines across the country in the campaigns homestretch. Then, just two days before the election, Comey sent a final letter, announcing that the new material (which turned out to be mostly old material) contained nothing of prosecutorial significance.

In the eyes of the Clinton camp, the result of Comeys pen pal habit was plain. Our analysis is that Comeys letter raising doubts that were groundless baseless, proven to be stopped our momentum, Hillary Clinton told donors on a conference call a week after the election. Bill Clinton was quoted a month later by a local newspaper editor who bumped into him in a bookstore: James Comey cost her the election.

Trump had a somewhat different take. Ill tell you what: what he did, he brought back his reputation, Trump told reporters of Comeys October surprise. He brought it back.

Before he was FBI director, the defining moment in Comeys career came on Wednesday, 10 March 2004, when he was deputy in the Bush administration to the attorney general, John Ashcroft. Ashcroft had been hospitalized in an intensive care unit with acute pancreatitis for nearly a week.

As Comey later recounted in dramatic testimony before Congress (hes been doing this for a while), the call came at about 8pm that night. Ashcrofts wife, at her husbands side, was alarmed that two Bush minions, chief counsel Alberto Gonzales and chief of staff Andy Card, were en route to the hospital, apparently to confront Ashcroft.

Comey knew why. A week earlier, before Ashcroft fell ill, the two had decided that the legal reasoning underpinning a secret government surveillance program to collect Americans internet metadata after the September 11 attacks was faulty. Ashcroft had decided not to renew authorization of the program, which was set to expire on 11 March. The White House did not like the decision.

Comey took the call in his car, and told his security detail to step on it. They turned on the emergency equipment and drove very quickly to the hospital, he testified. I got out of the car and ran up, literally ran up the stairs.

Comey got to the hospital room before Gonzales and Card did, bearing an envelope containing what Comey took to be papers to reauthorize the surveillance program. A confrontation ensued. The Bush envoys left empty-handed. Comey threatened to resign. The president ultimately backed down.

Obama cited the episode when he tapped Comey to lead the FBI.

To know Jim Comey is also to know his fierce independence and his deep integrity, Obama said. He was prepared to give up a job he loved rather than be part of something he felt was fundamentally wrong.

The real story, however, is more complicated. Whatever objections in principle Comey may have had to warrantless surveillance were soon quelled. As the Guardian first reported in 2013, while Comey and allies did succeed in temporarily suspending the surveillance program, it was soon reauthorized using alternative legal reasoning, and the monitoring continued for another year, while Comey continued to serve as deputy attorney general.

But Comey is not known for the practical compromises he may have made as he ascended the ranks of Washington power. A law school classmate told Vanity Fair this month that Comey was a giant of a man who has earned his job and his reputation with a lifetime of service.

No question is as loaded with more partisan fervor, even desperation, as the political fate of Donald Trump. Comey has already won the enmity of both sides. The question is: what will he do next?

I can promise you, he vowed on Monday, we will follow the facts wherever they lead.

Low point Remained at the justice department after the program, a bulk collection of Americans internet metadata, was allowed to move forward under a different legal rubric

What he says I can promise you we will follow the facts wherever they lead.

What they say To know Jim Comey is also to know his fierce independence and his deep integrity. He was prepared to give up a job he loved rather than be part of something he felt was fundamentally wrong. Barack Obama

Simon
← Previous Story Khalid Masood profile: from popular teenager to Isis-inspired terrorist
Next Story → Why dissecting the brain only gives us half its story | Daniel Glaser