Former winner says opening award to American writers, including heavy hitters, would limit chances of others 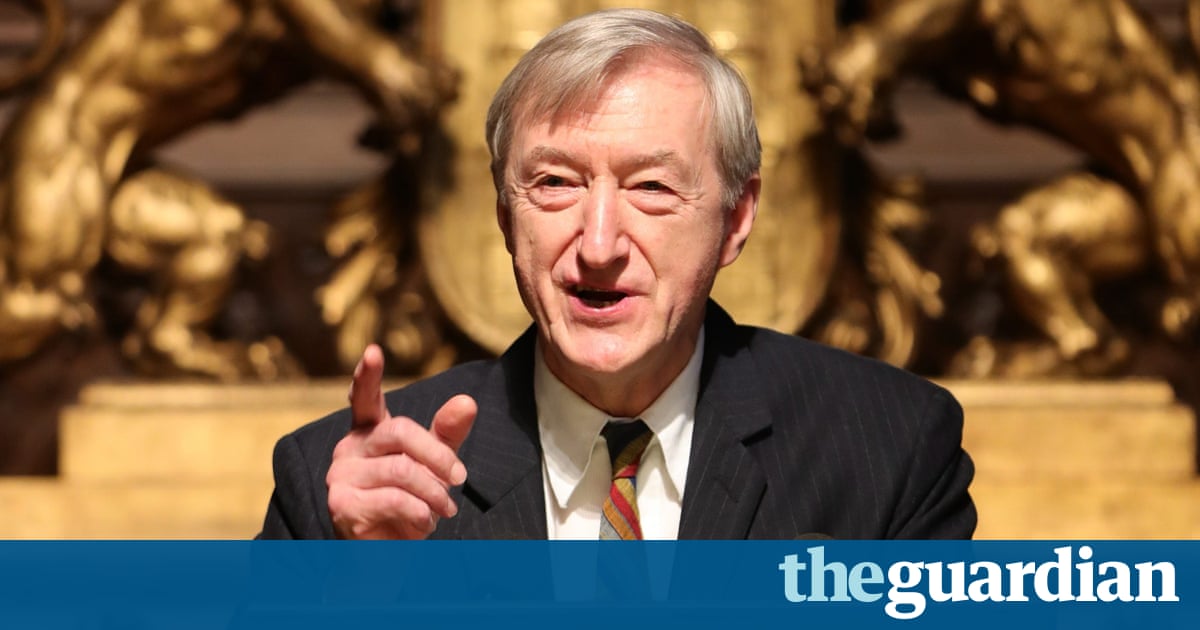 The novelist, who won the award in 2011 for The Sense of an Ending, revealed he was firmly against the controversial changes introduced in 2014.

I dont agree with opening up the Booker for the Americans, he told the Radio Times. I think thats straightforwardly daft. The Americans have got enough prizes of their own.

The idea of [the Booker] being Britain, Ireland, the old Commonwealth countries and new voices in English from around the world gave it a particular character and meant it could bring on writers. If you also include Americans and get a couple of heavy hitters then the unknown Canadian novelist hasnt got a chance.

The prize was established in 1969 and has become the UKs most coveted literary prize. This year Paul Beatty became the first US author to win for his satire of American racial politics, The Sellout.

Barnes, who once memorably called the prize posh bingo, believes the changes are unfair. He asked: Which American prizes are open to Brits? In theory, I think only the National Book Award is. I dont think any Brit has won a major American award for years.

His views put him in the same camp as Philip Hensher, who called the rule changes on eligibility baffling and, writing in the Guardian, said: I dont think Ive ever heard so many novelists say, as over the last two or three days, Well, we might as well just give up, then.

Melvyn Bragg believed the prize would lose its distinctiveness, saying: Its rather like a British company being taken over by some worldwide conglomerate.

In the Radio Times interview Barnes also talked briefly about his falling out with his friend and fellow writer Martin Amis, which came when Amis sacked Pat Kavanagh, Barness wife who died in 2008). She had worked as Amiss agent since the start of his career but he dropped her in favour of the American super-agent Andrew Wylie, who is nicknamed the Jackal.

Barnes said of Amis: When we meet, we talk Its not a problem. He lives in Brooklyn and I live in Tufnell Park.

Barnes, who said in a 2013 interview that he believed in bearing grudges, told the Radio Times that he had changed his mind as they took up too much energy.

He will soon be heard on Radio 3, reading his essays in a series called Changing My Mind. One of those will be about politics, and he revealed that he did not use to be that interested but now was a Corbynista.

He told the magazine: Back when I was young, Jeremy Corbyns views would have seemed mainstream Labour.

The Booker rule change to widen eligibility was announced in 2013. It was, said the chair of the Man Booker trustees, Jonathan Taylor, a way of embracing the freedom of English in its versatility, its vigour, its vitality and its glory wherever it may be. We are abandoning the constraints of geography and national boundaries.

Many people in the books industry, however, believed it was part of a battle with a rival literary prize. Unlike the Booker, a central part of the Folio prize, also announced in 2013, was that it allowed US writers to compete.

Andrew Kidd, the founder of the Folio prize, said at the time: We cant help noting that the new criteria are identical to ours but, at the end of the day, theres absolutely no reason that we cant both flourish.

That has not proved the case. The prize was awarded in 2014 and 2015, first to the US short story writer George Saunders and then the Indian-American novelist Akhil Sharma, before running in to trouble when the Folio Society decided not to renew its sponsorship.

It recently announced that it would be returning in 2017 when it will judge both fiction and non-fiction by rewarding the best book of the year.