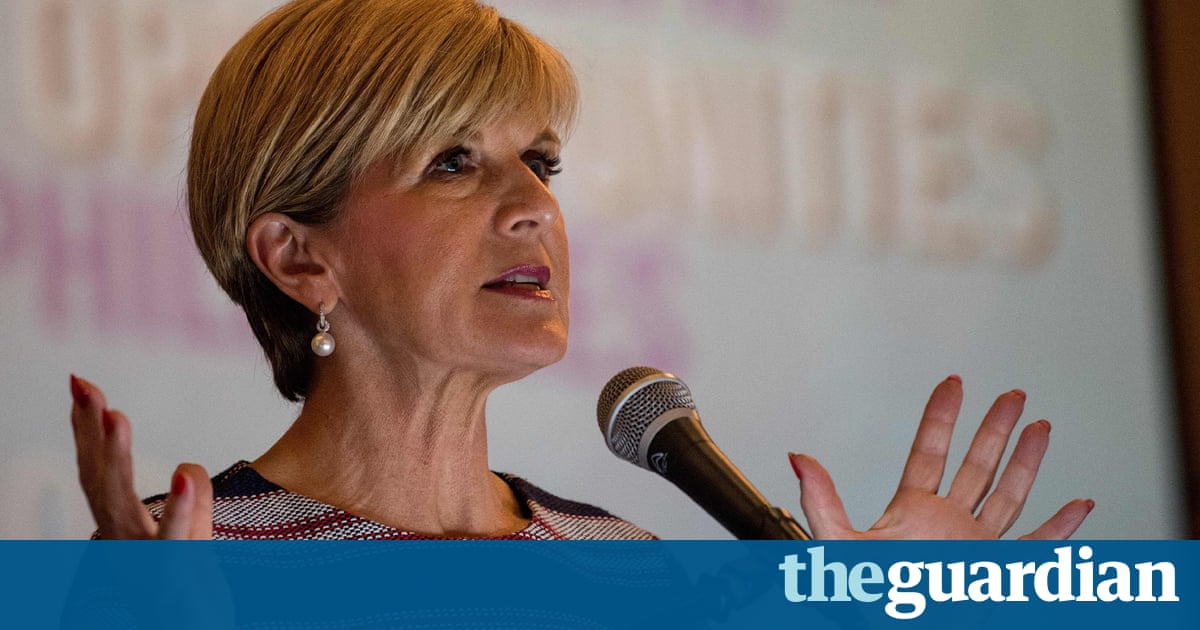 Australia is readying itself for the possibility of Islamic State declaring a caliphate in the southern Philippines as the extremist group is forced out of the Middle East.

The foreign affairs minister, Julie Bishop, who has just returned from talks in the US with countries involved in the fight against Isis, says authorities are concerned about an estimated 600 foreign fighters from south-east Asia surviving the campaign in Iraq and Syria and returning home.

There is concern that Isis may well seek to declare a caliphate, an Islamic caliphate, in the southern Philippines, she told Sky News on Sunday.

The leader of the Philippines-based terrorist group Abu Sayyaf had recently been declared an emir, or leader, by Isis, Bishop said.

This brings the threat right to our doorstep, she said.

Australias security and intelligence agencies have been working closely with Indonesia, Malaysia and the Philippines to stamp out the terrorist threat in the region.

Bishop said last weeks attack in London reinforced how, although authorities could track terrorist gangs and keep people under surveillance, it was nigh on impossible to keep track of individuals who self-radicalised and acted alone.

Its this idea that an individual can take a vehicle and use it as a weapon to kill innocent people, to kill civilians, that is so deeply troubling, she said.

Bishop said the controversial Philippines president, Rodrigo Duterte, gave her detailed reasoning for his controversial war on drugs that has left thousands dead since he took office nine months ago.

He is intent on wiping out the drug lords … he is unapologetic, he is determined to rid the Philippines of ice and he will stop at nothing, Bishop told Sky News on Sunday.

She said that, during her official visit to the Philippines earlier this month, the president went into considerable detail about how drugs were one of the biggest issues facing his country with 4 million people, particularly young people, addicted to ice.

Long-standing speculation that the attorney general, George Brandis, will be appointed high commissioner to London was also raised in the Australian, along with a suggestion the defence minister, Marise Payne, could be sent to New York as consul-general.

Bishop rejected the speculation about Paynes future, saying it had never been discussed with her and the first she heard anything was reading the newspaper on Saturday.

I have no idea the source of that story, I put it down to fake news, she told Sky News.