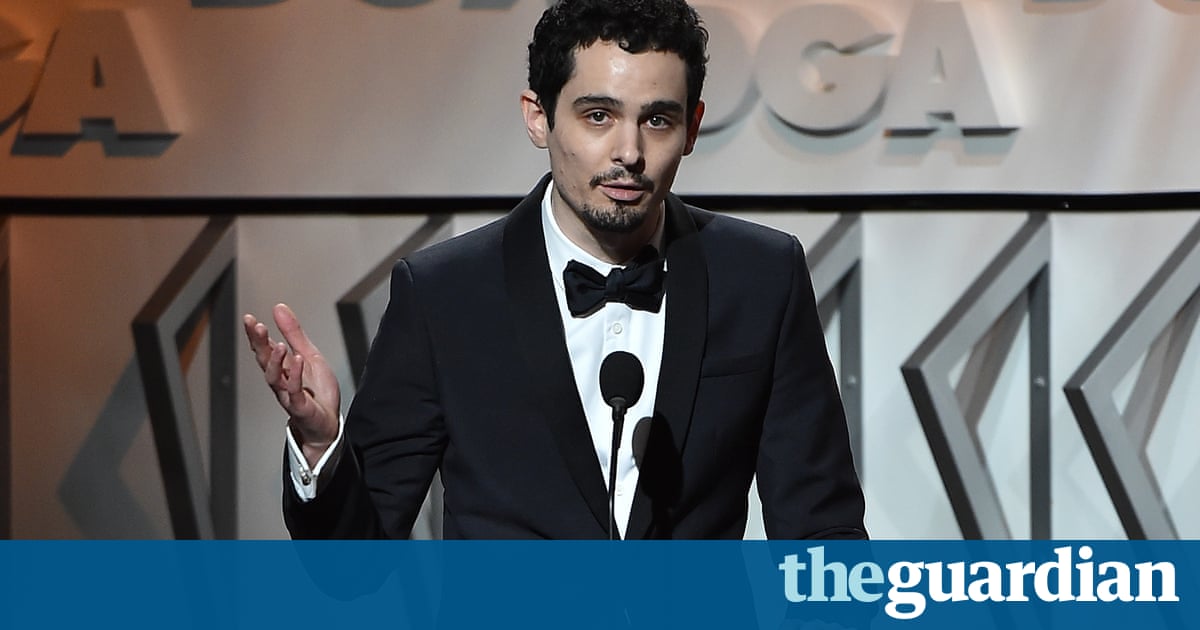 La La Land swept up another major Hollywood prize in its bid for Oscars glory, as Damien Chazelle was honoured at the Directors Guild of America (DGA) Awards.

Chazelle, who directed the musical starring Ryan Gosling and Emma Stone, won the DGA Award for feature film at the star-studded ceremony in Los Angeles.

The award is seen as an accurate predictor for academy award success, as 12 of the last 13 winners have gone on to win the Oscar for best director.

On stage, Chazelle, 32, said: Im a movie maker because I love movies. I was three years old watching Cinderella on loop.

I felt that movies were powerful because they speak to everyone: all countries all cultures.

Chazelle is bidding to become the youngest ever winner of the best director award at the Oscars on 26 February, where La La Land has earned a record-equalling 14 nominations.

Gosling, who attended the DGA Awards with his co-star Stone, said Chazelle had great vision, unbridled creativity and is a real collaborator.

He directed his birth in a single take, the film star joked.

Alejandro Inarritu, the Oscar-winning director of Birdman and The Revenant, appeared to take aim at US president Donald Trumps administration before he presented the award to Chazelle.

We all know the story being written now is really, really bad, he said on stage.
Actually its a bad remake of one of the worst stories of the last century.

The only way we win is by telling good, complex and truthful human stories. No alternative facts or false statistics will defeat that.

Denis Villeneuve, the French Canadian director of Oscar-nominated film Arrival, had earlier referred on stage to Mr Trumps controversial travel ban.
In the morning the first thing I do is go on Twitter to see if my visa is still legal, he said

Simon
← Previous Story How real is the image of the wise and loving grandparent?
Next Story → Super Bowl commercials: best and worst of 2017