ll unstoppable in their own way, LaDainian Tomlinson, Terrell Davis and Kurt Warner earned their spots in the Pro Football Hall of Fame 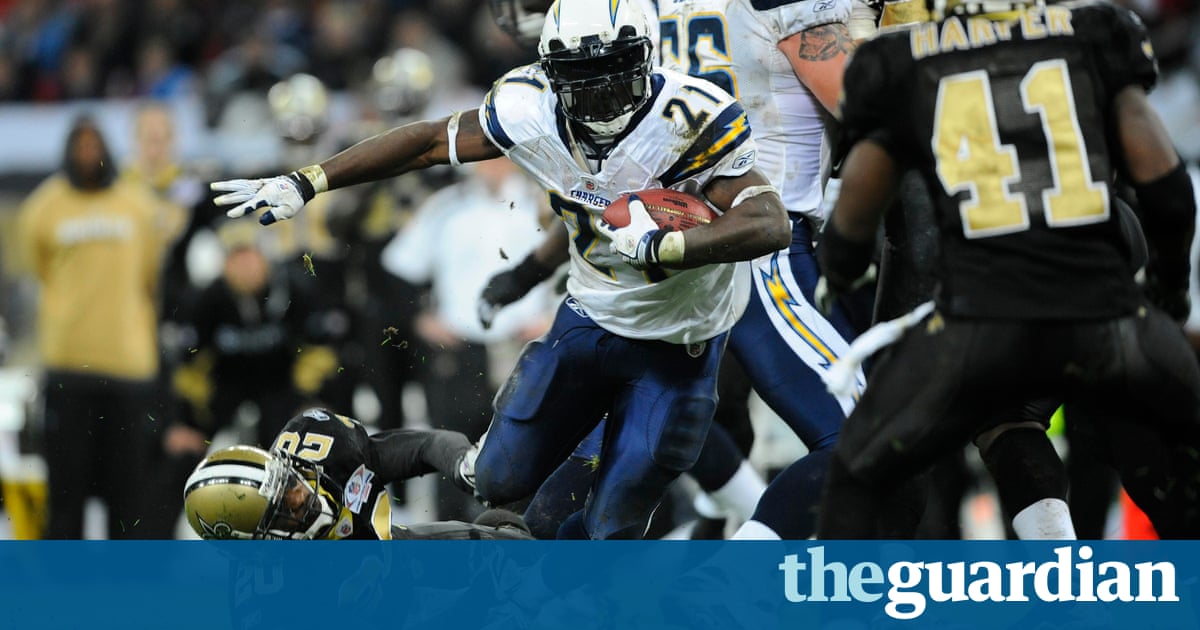 The running backs were known simply by their initials: LT and TD. The quarterback served as ringmaster for The Greatest Show on Turf. All unstoppable in their own way, LaDainian Tomlinson, Terrell Davis and Kurt Warner earned their spots in the Pro Football Hall of Fame on Saturday.

Joining them are Jason Taylor in on his first ballot, the same as Tomlinson and Morten Andersen, the NFLs all-time leading scorer, who joins Jan Stenerud as the second pure placekicker to make the hall.

Seahawks safety Kenny Easley made it as a senior nominee, while Cowboys owner Jerry Jones is in as a contributor. Former NFL commissioner Paul Tagliabue did not make it, with his role in downplaying the severity of the leagues concussion problem playing a role.

In nine years with the Chargers, then two with the Jets, the 5ft 10in Tomlinson reset the template for what had been known as a scatback, proving someone of his size and speed could be a game changer, not merely a change of pace. As dangerous catching the ball (4,772 career yards) as he was running it (13,684), in 2003, LT became the first player to rush for 1,000 yards and catch 100 passes. He was hard to keep out of the end zone, too. He had at least one rushing touchdown for 18 straight games between 2004-05 and finished his career with 145 touchdowns, not counting the seven he threw on halfback options.

In giving the thumbs-up to Davis and Warner, the 48 Hall of Fame voters answered Yes to the question of whether a few truly dominating years are enough for someone to be enshrined. (They said No, however, when it came to Jaguars tackle Tony Boselli, who didnt advance beyond the final 10.)

Warners heyday was 1999-2001 with the Rams, whose offense was known as The Greatest Show on Turf. Warner quit his job bagging groceries, first for a stint in the Arena League, then landing in the NFL after getting a tryout with St. Louis.

An injury to Trent Green put Warner in the lineup for 1999. Sharing the backfield with future Hall of Famer Marshall Faulk, and throwing to Torry Holt and Issac Bruce (who was a finalist this year but did not get in), Warner won two overall MVPs and one at the Super Bowl to close the 1999 season, when the Rams captured their only Lombardi Trophy. The 1999 and 2000 teams are still among the top 10 in most points scored in league history.

Davis was a sixth-round pick out of Georgia in 1995 who caught Broncos coach Mike Shanahans eye with a big hit on special teams in a preseason game. Davis became the starting tailback, and from 1996-98 he complemented John Elway, helping the Broncos to 45 victories and finally pushing Elway over the top with two Super Bowl titles. In 1998, Davis became the fourth runner to surpass 2,000 yards, with 2008.

He suffered a career-changing knee injury in 1999 while making a tackle after an interception, and played only 17 more games before retiring in 2001. His 78 career games spanned seven seasons, meaning Davis lasted the same number of years as Hall of Fame runner Gale Sayers, who is often held up as Exhibit A when voters are debating short bursts of greatness versus longevity.

On the other end of the spectrum was Andersen, the kicker who lasted 25 seasons, played in 382 games and scored 2,544 points for five teams. He is the all-time leading scorer for both the Saints and the Falcons and was among the first to make the 50-plus-yard field goal routine. His 40 kicks of 50-yards plus were the most in NFL history at his retirement.

Taylor was Defensive Player of the Year in 2006 with 13.5 sacks and finished his 15-year career, most of them with the Dolphins, with 139.5 sacks, eight interceptions and 29 fumble recoveries.

Easley was the hard-hitting Seattle safety who also played only seven seasons, but made them all count. He was Defensive Rookie of the Year in 1981, Defensive Player of the Year in 1984, a four-time All-Pro selection, and helped Seattle to its first AFC title game in 1983. He finished with 32 interceptions.

Jones is still very much active in charting the leagues course in the 21st century. His $1.2bn stadium, dubbed Jerry World, set the standard for stadiums to follow it in New Jersey, the Bay Area, Minneapolis, Atlanta and, eventually, Los Angeles. He brokered TV and marketing deals that have helped turn the league into a $13bn-a-year business, all the while keeping a steady and some might agree, entertaining presence in front of the TV cameras.