Lady Gaga’s Super Bowl performance: heavy on the hits, light on the politics 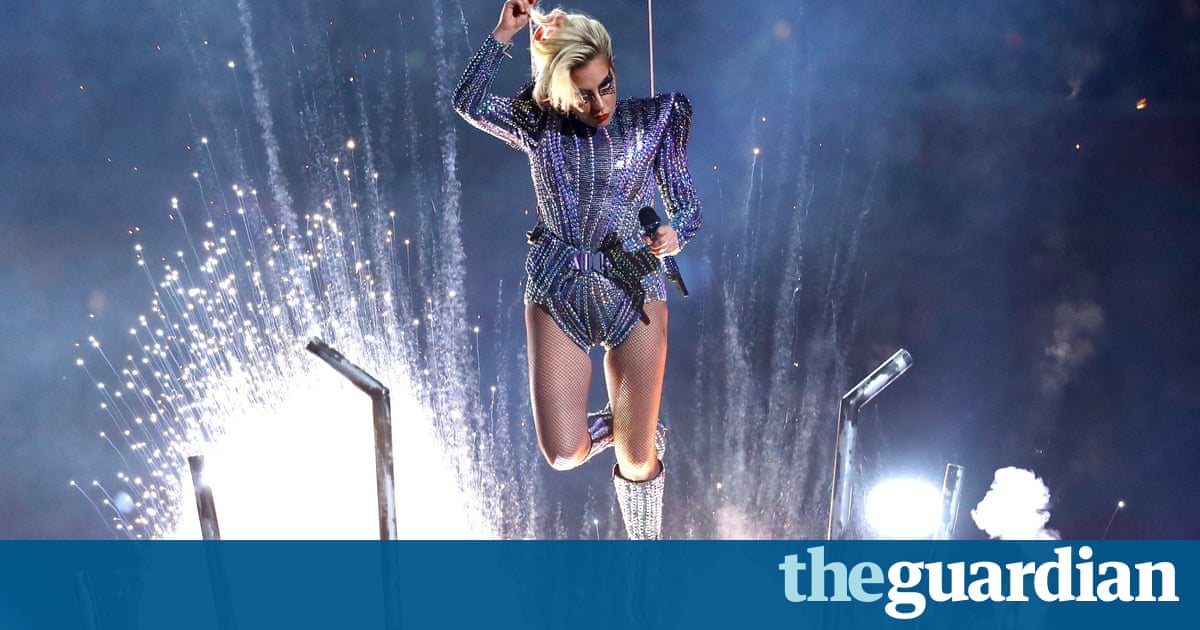 Lady Gaga delivered an athletic performance but played it safe with subtle political undertones during her Super Bowl 51 half-time show, which she delivered without a single special guest performer and focused on her biggest hits.

Starting with a rendition of Woody Guthries anthemic This Land Is Our Land, Gaga stood above NRG Stadium in Houston before abseiling from the roof. That song selection a civil rights era stalwart and favorite of Bruce Springsteen and her subsequent leap from the roof into the stadium set the tone for a set that could best be summed up as entertainment as distraction rather than political protest.

The biggest question before the Super Bowl 51 half-time show was if Lady Gaga get political. After Beyoncs turn last February, which included a reference to Michael Jackson, the Black Panthers and Malcolm X, some questioned the choice of a singer whose last big public performance her tribute to David Bowie at the 2016 Grammys had fallen flat and was on the end of acerbic and withering criticism from Bowies son Duncan Jones.

At the annual press conference for the half-time show, Gaga had promised a performance based on the principles of tolerance and equality. Little else was known about what she had planned there were rumors that Bad Romance would be the show-stopping finale; others suggested Beyonc could appear and she had a special dance studio installed in her Malibu home but other than that not much was known about how her promise of an inclusive display would manifest itself.

In Houston, the scene of Janet Jacksons infamous wardrobe malfunction in 2004, a moment that was still having its merits argued in the supreme court as recently as 2012, Gaga opted to focus on her own greatest hits, with many including messages of inclusion and acceptance, rather than making protest statements.

That audience was treated to plenty of Gagas early work, with the biggest numbers from her early record-breaking albums dominating the song selection by an artist whose recent work has not been well-received critically. After a snippet of Im On The Edge, she went into a full-blooded version of Pokerface, sung live as she joined a group of dancers who joined her on a stage that looked like something from Mad Max 2: the Road Warrior. As pyrotechnics raged in the background, she then segued into her LGBTQ anthem Born This Way (same lyrics: No matter gay, straight, or bi/Lesbian, transgendered life/Im on the right track baby/I was born to survive).

That number was arguably the high point of the performance, which then morphed into a version of Telephone, her duet with Beyonc. Despite the rumours, Beyonc didnt appear. Instead, Gaga performed a top another metal structure this time an LED-lit pyramid, before picking up a keytar for a run through another of her early songs, Just Dance. Perhaps tellingly, she only selected one song from her latest record, Joanne. That was A Million Reasons, which she delivered on piano.

There were some hints that she might not go for an overtly political performance. In a pregame interview she said: I have an opportunity with this performance to show a different part of this country that those who think that they are so different from me and my fans to see that our hearts are really the same.

During a pause in proceedings, Gaga addressed the audience and said: Were here to make you feel good. That statement rang true as her performance, which relied on old-fashioned overblown stage production and her most popular songs, became a reminder about an artist who has delivered some of the biggest hits of the past 15 years.

The gif-able or meme-able moments deemed crucial in the age of social media where one six-second loop can drive record sales and create ephemeral national obsessions were not in short supply. Her abseil was one; her mic drop at the end of the shows climax Bad Romance; her multi leaps into the air and audience, all fit the bill for those micro moments of internet adulation.

Gagas performance was preceded by country star Luke Bryans national anthem before kick off, a slot that Gaga filled herself last year. His rendition was called solid by Rolling Stone, and was a satisfactory if pedestrian version that was slightly drawn out but didnt veer into Aretha Franklin territory.